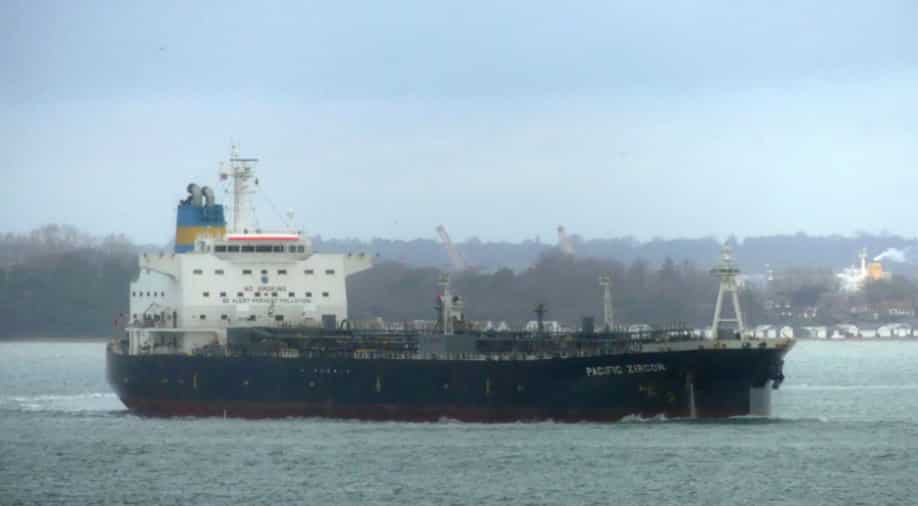 A bomb-carrying drone hit an oil tanker, nearly 240 kilometres off the coast of Oman on Tuesday, as per multiple reports. The United Kingdom Maritime Trade Operations (UKMTO), which provides maritime security information, said it was aware of the incident and investigating it.

The tanker named Pacific Zircon, belonging to Eastern Pacific Shipping, a Singapore-based company owned by Israeli billionaire Idan Ofer sustained minor damages to the hull. Fortunately enough, there was no spillage of oil or cargo either

The company in a statement released informed that the crew on the ship was safe.

“We are in communication with the vessel and there is no reports of injuries or pollution. All crew are safe and accounted for. There is some minor damage to the vessel’s hull but no spillage of cargo or water ingress.”

Read more: Iran and Israel: From allies to deadly enemies

While no country or organisation has yet claimed responsibility for the attack, the suspicion has fallen on Iran which has engaged in a shadow war with Israel over the years.

This is not the first time that Gulf waters have seen such a skirmish. In 2021, Israel blamed Iran for carrying a suspected drone attack on its petroleum product tanker.

“This was indeed an operation by Iran. That is clear,” said Israel’s then-PM Benjamin Netanyahu in an interview.

“You’re familiar with my policy. Iran is Israel’s biggest enemy. I am determined to fend it off. We are striking at it all over the region,” he added.

Meanwhile, Iran replied by saying, “Netanyahu suffers from Iranophobia and he thinks the way to solve his domestic problems is by spreading such accusations.”

Once close friends, both Iran and Israel have been each other’s sworn enemies since the 1979 Islamic revolution in Iran toppled the ‘Shah’ and brought the ‘Ayatollahs’.

Since then, Iran consider Israel an illegal occupier of Jerusalem and responsible for the “genocide” of Palestinians.