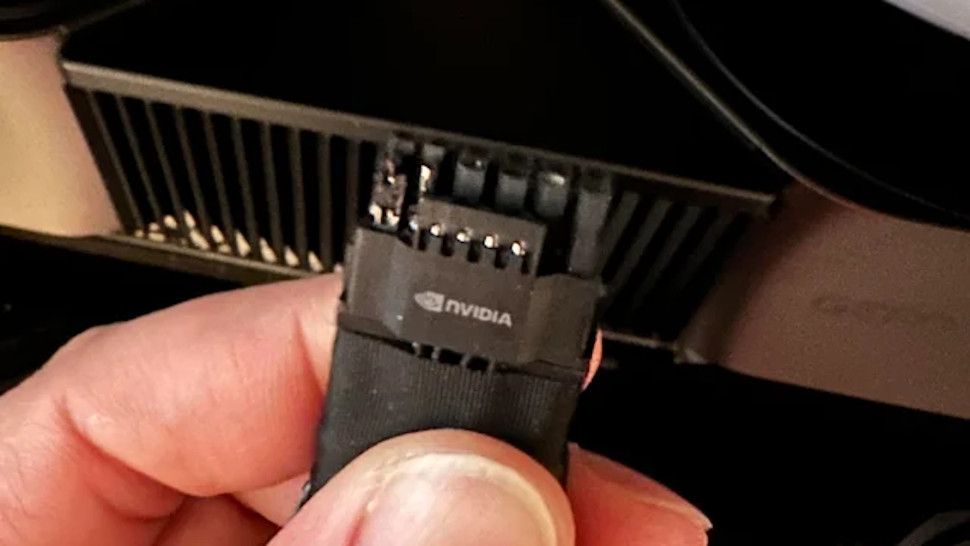 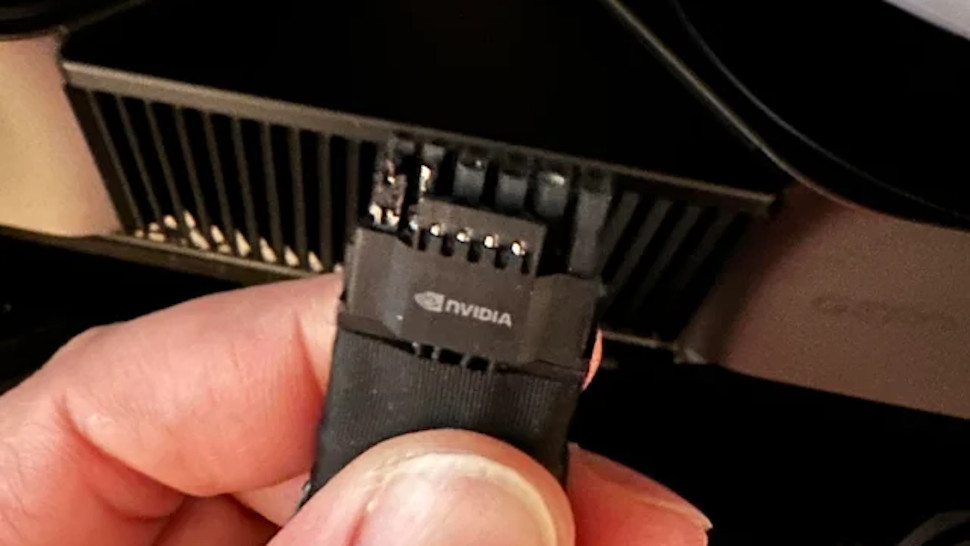 Nvidia’s RTX 4090 Founders Edition has become the latest Lovelace flagship model to fall victim to a melted adapter cable, at least as reported by a user on Reddit.

Previously, we’d only seen reports of this happening to third-party RTX 4090 graphics cards, meaning those made by Nvidia’s partners, as opposed to the Founders Edition made by Nvidia itself, which had previously not had a documented incident of cable melt.

Sadly, that’s no longer true, as per the report on Reddit (opens in new tab) which Tom’s Hardware (opens in new tab) spotted. The RTX 4090 buyer used the graphics card in a case with the side panel removed for extra breathing room, and ensured that the connection between PSU and GPU was solid and properly seated, noting that: “I made sure it clicked in place and I also made sure that the 3 cables weren’t pulling down on the adapter.”

The strain on the adapter is thought to be one of the potential causes of the melting RTX 4090 cable problem, so apparently didn’t come into play in this case.

The Redditor observed: “I was playing mostly Warzone for the next 7 days, on/off maybe about 2-3 hours each time. 10/29/22, My screen went blank after about an hour of playing. I tried restarting the PC multiple times and still could not get a picture. I checked the GPU and the adapter and that’s when I saw it.

“I contacted Nvidia right away, sent my card and adapter to them and within 3 days, I got a replacement 4090. I will not be using the new card until Nvidia makes a statement about this issue.”

We’re still waiting for that statement, of course, and the results of Nvidia’s investigation into exactly what’s going on here. Meanwhile, it’s worrying to see that one of Nvidia’s own cards has apparently fallen victim to this controversy, when previously this was not the case.

In total, there are now 26 reports on Reddit of these cable melting RTX 4090 incidents, which is starting to become an uncomfortably high number. It certainly seems like it’s time for Nvidia to get its skates on and get to the bottom of what the gremlin in the works is here, once and for all.

You may have noticed that the above RTX 4090 user only actually plugged in 3 x 8-pin PCIe power cables, rather than the usual 4. They did so as a point of caution, noting that this is enough to power up the graphics card, but keep power draw to a theoretical lower maximum (450W) than if four cables were plugged in. Sadly, this obviously didn’t seem to help avoid the melting cable problem (and there are several other records of 3 x 8-pin setups experiencing the melting issue, too).