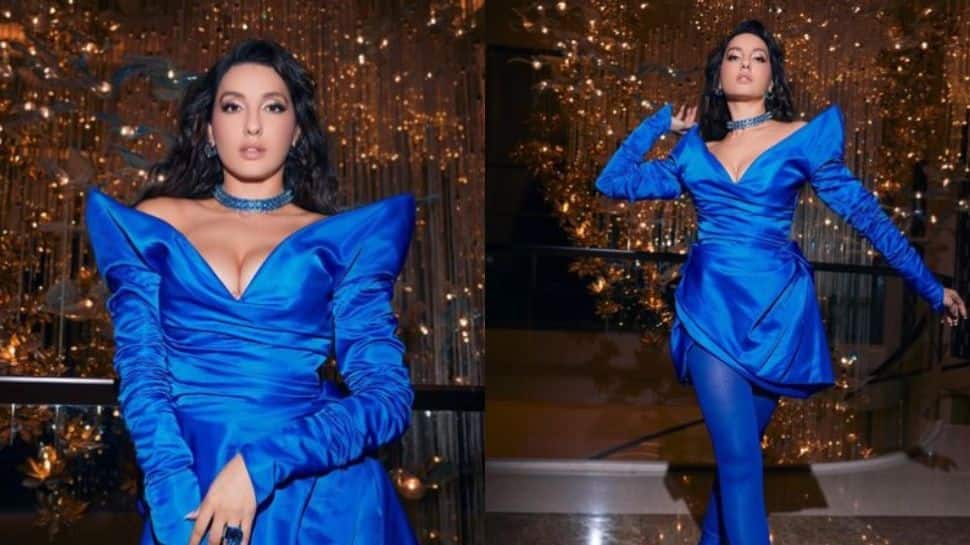 New Delhi: Nora Fatehi is one such actress and dancer who always amazes her fans with her fashion sense and dance moves. She is known for her fearless and bold dressing sense. Recently, she took to Instagram and shared her pictures in a metallic blue plunging neckline dress through which she simply swayed away her fans. The actress dropped a blue heart emoji in the caption which complemented her outfit.

Admirers of the ‘Dilbar Dilbar’ dancer could not keep their calm and started showering their love in the comments section. “You’re so gorgeous,” commented one user. “wow,” commented another user with red heart emojis.

Recently, Nora Fatehi went to the FIFA World Cup in Qatar where she performed at the FIFA fan fest and the closing ceremony. At her performance during the fanfest, she even waved the Indian flag.

Meanwhile, on the work front, Nora was recently seen in the song `Jedha Nasha` from Ayushmann Khurrana`s quirky thriller film `An Action Hero` which gathered massive responses from the audience. She will be next seen in an upcoming comedy film `100%` alongside John Abraham, Riteish Deshmukh and Shehnaaz Gill. Apart from that, she also appeared as a judge in popular dance reality show ‘Jhalak Dikhhla Jaa’ season 10. Other than that, she was also seen in ‘Manike’ song alongside Sidharth Malhotra in recent released ‘Thank You’. The film starred Sidharth Malhotra and Ajay Devgn.