Home World No ‘mummy’: Why museums in UK are rebranding the word for ancient... 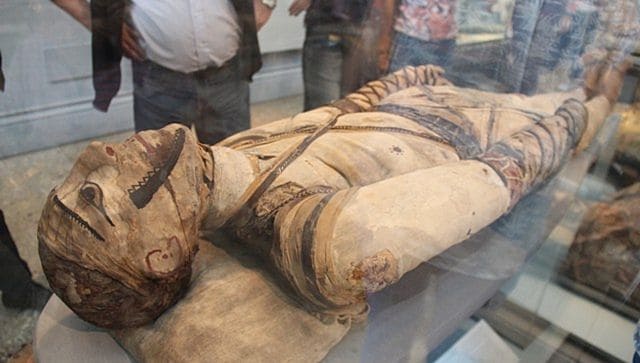 UK museums do not want you to say ‘mummy’. Some museums in Britain are rebranding the word that describes the ancient Egyptian human remains.

As per CNN, these museums have altered their usage to “mummified person”, “mummified remains” or the person’s name to stress on the fact that they were once living individuals.

What is the origin of ‘mummy’ and why some UK museums are against it? We explain.

Origin of the word ‘mummy’

The word ‘mummy’ comes from the Arabic word mummiya, meaning ‘tar’ or ‘bitumen’, as per the Australian Museum website.

While the Egyptians sometimes used tar to preserve the bodies, most mummies were coated in dark resins, which made the skin black, the website added. 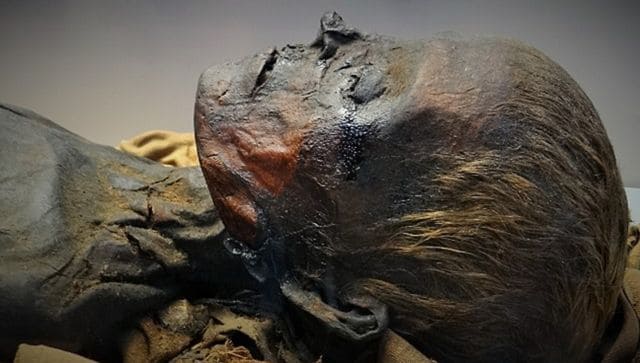 “The Egyptians referred to dead bodies as khat and used the word sah for bodies that had undergone the rites of mummification,” notes Australian Museum.

Why UK museums are opposing the word

The museums believe the word ‘mummy’ is “dehumanising” to the dead ancient Egyptians.

London’s British Museum said it prefers the phrase “mummified remains” as it tells the visitors that they are looking at people who once lived, as per Daily Mail.

The museum also confirmed to CNN that it has not “banned the use of the term ‘mummy’ and it is still in use across our galleries”.

Daniel Antoine, keeper of the department for Egypt and Sudan at the British Museum, told CNN, “We have human remains from around the world, and we may vary the terminology we use depending on … how they’ve been preserved. We have natural mummies from pre-dynastic Egypt, so we’ll refer to them as natural mummies because they haven’t been artificially mummified”.

National Museums Scotland in Edinburgh has also dropped the word ‘mummy’ from its labels of the Egyptian remains.

“Where we know the name of an individual we use that, otherwise we use “mummified man, woman, boy, girl or person” because we are referring to people, not objects,” a spokesperson of the museum told Daily Mail.

“The word “mummy” is not incorrect, but it is dehumanising, whereas using the term “mummified person” encourages our visitors to think of the individual.”

Great North Museum: Hancock in Newcastle has said it has revised its term for the display of mummified Egyptian woman Irtyru to exhibit her “more sensitively”. The museums in the UK believe the word ‘mummy’ is ‘dehumanising’. Wikimedia Commons File Photo

Jo Anderson, assistant keeper of archaeology at the Great North Museum: Hancock, wrote in a blog post in 2021 that hearing “legends about the mummy’s curse” and portraying them as “supernatural monsters” in the popular culture “undermine their humanity”.

Great North Museum: Hancock manager, Adam Goldwater, told CNN in a statement that they hope “visitors will see her (Irtyru) remains for what they really are — not an object of curiosity, but a real human who was once alive and had a very specific belief about how her body should be treated after death.”

A spokesperson for the National Museum of Scotland in Edinburgh claimed the “term ‘mummy’ is modern, rather than ancient,” CNN reported.

The spokesperson said they are adjusting their exhibits in order to “address historical bias”.

“Like many museums, important aspects of our collections and the way that we display them have been shaped by imperial and colonial thinking and actions that were based on racial and racist understandings of the world,” the spokesperson told CNN.

“In response, we are reflecting on how we represent imperial and colonial pasts to our audiences. In our galleries, we are making changes to displays and labels to address historical bias.”

Backlash over the step

Not everyone is a fan of the new terms, with one critic likening the step by the museums to virtue signalling.

The Conversation explains that virtue signalling is an “expression used to call out an individual, company, or organisation – suggesting they are only backing an idea to look good in the eyes of others”.

Jeremy Black, author of Imperial Legacies: The British Empire Around The World, told Daily Mail, “When museums cut themselves off from popular culture they show contempt for how we all understand words, meanings and history.

“It would be better to focus on helping create a setting that encourages all to visit them rather than in pandering to a virtue signalling minority”, Black added.

Taking a dig, Chris McGovern, the chairman of the Campaign for Real Education, told Daily Mail, “The curse of the mummy is driving these academics mad!”