Home National ‘No Money For Terror’ Aims To Broad Base Big Fight Against Terror... 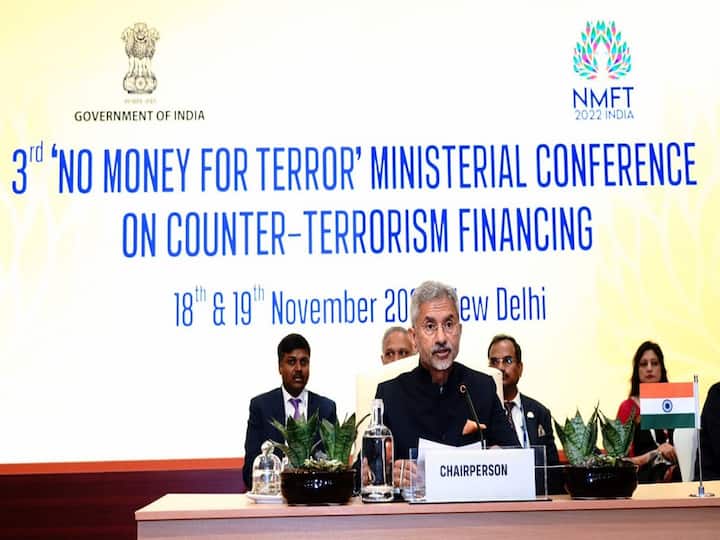 External Affairs Minister (EAM) S Jaishankar on Saturday stated that to combat the threat of terrorism, the world must rise above partisan divisions. Terrorism must be combated tenaciously on all fronts, in all situations, and in all places. He made the statement while addressing the third ‘No Money for Terror’ (NMFT) Ministerial Conference on Counter-Terrorism Financing.

World needs to rise above political divides to address this peril. The battle against terrorism must be fought resolutely on all fronts, in all situations and at all places.

Jaishankar stated that the platform ‘No Money for Terror’ strives to broaden the basis of the Big Fight against terror financing. “When it comes to terrorism, we will never turn a blind eye, we will never compromise, and we will never give up our fight for justice,” the EAM stated.

The ‘No Money for Terror’ platform aims to broad base the Big Fight against Terror Financing.

Jaishankar noted that India, along with like-minded allies, would stay committed and energetic in highlighting the existential challenges to global security and stability that terrorism poses. We will put a light on this threat – and everyone involved in nurturing and advancing it.

It is critical that all countries take a unified and unequivocal stance against terrorism. Terror is terror, and no amount of political spin will ever justify it, the minister stated.

India, along with like-minded partners, will remain committed and energetic to highlight the existential threats that terrorism poses to global security and stability. We will shine the spotlight on this peril – and all those involved in nurturing and furthering it.

The two-day meeting held on November 18th and 19th, provided a unique forum for participating states and organisations to discuss the effectiveness of the current international counter-terrorism financing regime and the steps needed to address developing issues, as per a statement issued by the Prime Minister’s Office (PMO) on Friday.

The conference was built on the successes and lessons learned from the previous two conferences (held in Paris in April 2018 and Melbourne in November 2019), with the goal of improving global collaboration to deny terrorist access to funds and permissive countries, according to the statement issued by PMO.

It was attended by around 450 delegates from around the world, including Ministers, Heads of Multilateral Organizations, and Heads of Delegations of the Financial Action Task Force (FATF), the statement read.