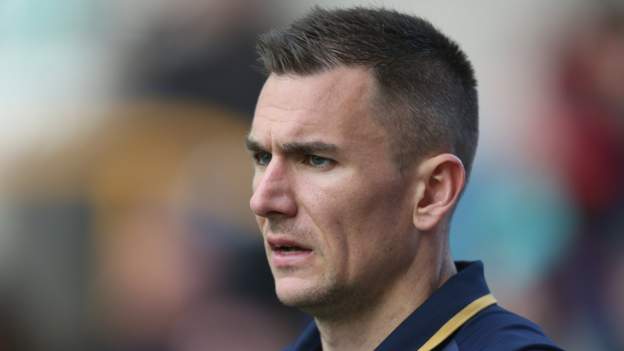 Cardiff City boss Steve Morison would sign Millwall’s Jed Wallace “in a heartbeat”, but says there has been no contact with his former team-mate.

Attacking midfielder Wallace, 28, is due to become a free agent in June and has been linked with the Bluebirds.

Cardiff look set for a squad rebuild this summer although Morison concedes Wallace may be out of their reach.

“I don’t even know where the putting two and two together has come from,” said Morison.

“I’d sign Jed Wallace in a heartbeat, but I’m sure Millwall don’t want to let him go and will do everything they can to keep him.

“There won’t be a team in the Championship and, I presume, the lower end of the Premier League that won’t want to take him

“There will always be an offer on the table for Jed, it’ll just be for a lot less than elsewhere.”

Wallace has established himself as one of the Championship’s most menacing attacking players with Millwall.

The Lions were in League One when he initially joined on loan from Wolves in 2016, but were promoted in 2017.

Wallace has scored 43 goals in 258 appearances for the London club, and was the subject of serious interest from Steve Cooper’s Nottingham Forest in January.

Morison is in regular contact, but says they have not discussed the idea of a move to Wales.

“We have many a conversation every now and then, when he wants some advice or just wants to chat,” he added.

“We haven’t spoken about him coming to a Cardiff unfortunately.

“He could get money in lots of places, but he’s not interested in that, he’s interested in getting promoted to the Premier League and being part of something.”

Morison says, he may have to be “creative” in his transfer dealings because Cardiff do not have the same financial resources as some Championship rivals.

“You only have to look some of the messes that there are out there in football, purely by chucking a load of money [at a squad], because when you do that you get a hell of a lot of bad eggs along the way as well,” Morison said.

“It’s about being creative and just being planned and structured in what you want to do,

“You’re not going to see people being asked to do jobs that we haven’t specifically recruited for. You’re not going see a Leo Bacuna play right-back and a striker playing in goal.”

On-loan Cardiff defender Alfie Doughty has returned to parent club Stoke City because of injury, while forward Isaak Davies will also miss the remainder of the season after suffering a hamstring problem in training.

But influential midfielder Joe Ralls returns to the squad for Cardiff’s trip to Sheffield United on Saturday.