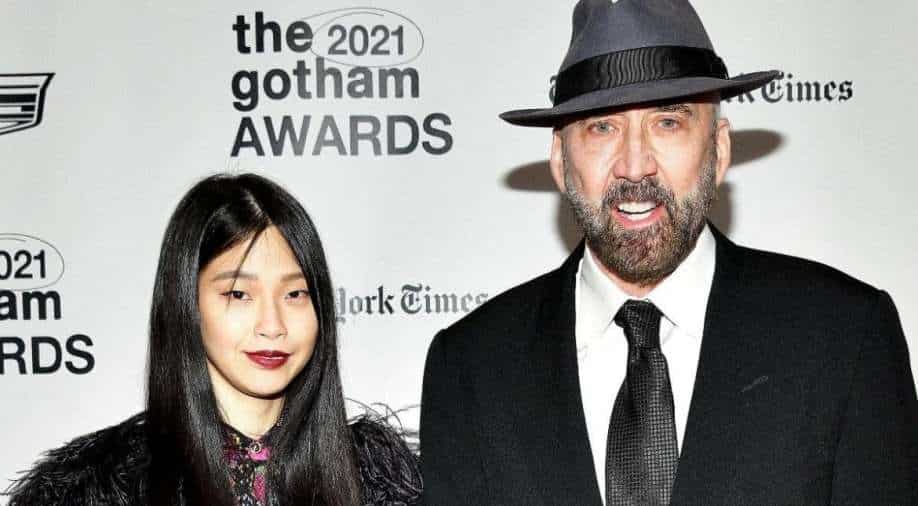 Cage, who is expecting his first baby – a girl with his fifth wife Riko Shibata, recently revealed some insight details about his baby including the gender, name and the backstory behind her name.

During his appearance on ‘The Kelly Clarkson Show’, the 58-year-old actor revealed that he is “going to have a little girl”.

Further, he said revealed his daughter’s name and said that the name is a tribute to the late musician John Lennon and his father, August ‘Augie’ Coppola.

“I’ll call her Lenny for short,” he said. “I’m thrilled. It’s going to be the biggest adventure of my life.”

During his chat with Kelly, he shared how as a child he loved The Beatle’s song ‘Across The Universe’ and it’s also his favourite song, so he got the Lennon idea from there and thought it would be the best for his daughter.

Further, he said that “It’s going to be the biggest adventure of my life.”

The couple who got married in the year 2021 in a small ceremony, revealed earlier this year in January that they’re expecting their first child.

The girl will be Cage’s, third baby. He also has two sons Kal-El, 16 and Weston, 31 from his previous relationship.

News Next Desk - October 6, 2022 0
Mumbai: Bollywood star Madhuri Dixit, whose film 'Maja Ma' is all set for release on Amazon Prime on Thursday, has purchased a luxurious apartment...
%d bloggers like this: