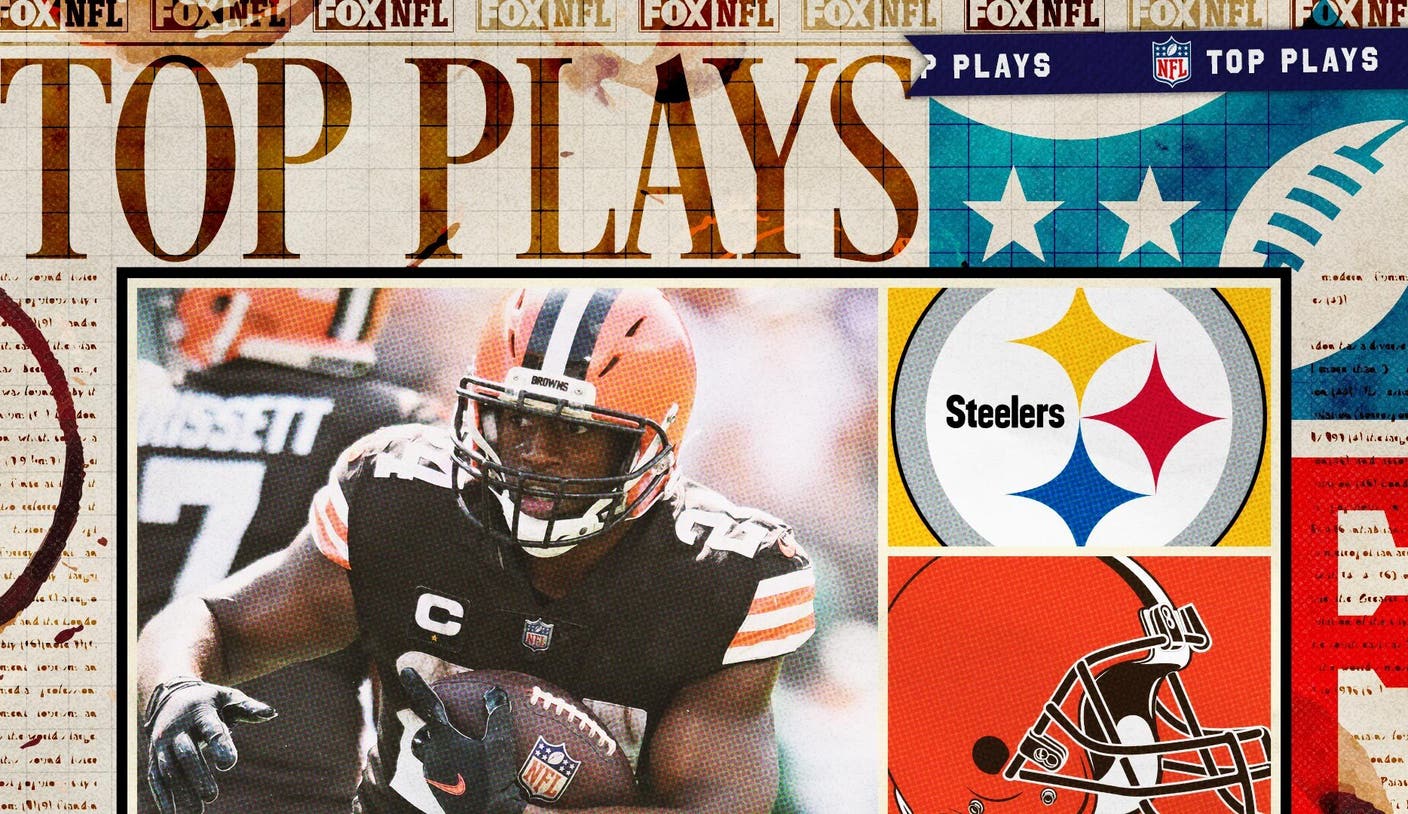 Divisional position is at stake Thursday, as the Pittsburgh Steelers take on the Cleveland Browns in the renewal of the long-standing Turnpike Rivalry.

Both teams enter the matchup 1-1, and the winner will take over first place in the AFC North (Baltimore will have a chance to tie that mark Sunday).

The Browns are aiming to bounce back after a crushing loss to the New York Jets last week, in which they blew a 13-point lead in the final 1:55 and lost 31-30. Similarly, the Steelers are looking to find a groove behind QB Mitch Trubisky, who hasn’t topped 200 passing yards in either of his first two games as a starter.

Pittsburgh has the edge, leading the all-time series 79-61-1. However, the Steelers are 0-5 in the five games superstar pass rusher T.J. Watt has missed in his career. The reigning NFL Defensive Player of the Year suffered a torn pec muscle in Week 1 and will reportedly be out of action until around Week 8.

These are the top plays from the ever-important early-season strife.

The Browns offense got off to a slow start, while the Steelers defense was clicking on all cylinders early.

Cleveland was able to capitalize after a missed field goal by Pittsburgh. Browns QB Jacoby Brissett found Amari Cooper for an 11-yard touchdown pass, good for a first-quarter lead.

Catch of the season

On the Steelers’ following drive, rookie George Pickens proved why the hype surrounding him is real.

Another young Steelers star, Najee Harris, evened the score at seven early in the second quarter after forcing his way into the end zone.

The Browns regained the lead,13-7, thanks to an all-out effort from tight end David Njoku.

The Steelers took a one-point lead, 14-13, late in the second quarter when Trubisky took it in himself for the score.