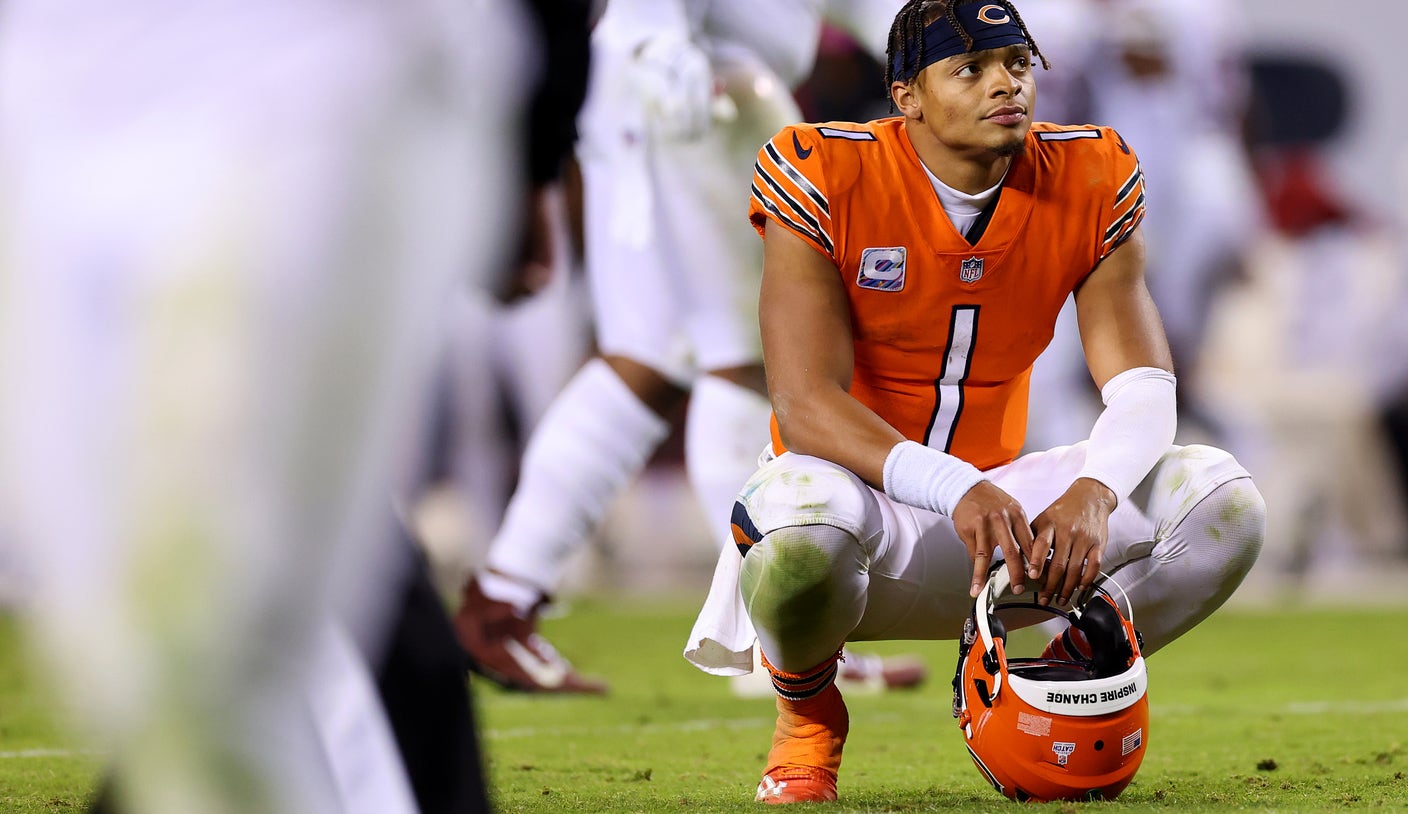 The Chicago Bears square off against the Atlanta Falcons in a Week 11 NFL matchup.

The Bears are coming off a tough 31-30 loss to the Detroit Lions, while the Falcons are reeling from a 25-15 loss to the Carolina Panthers on Thursday Night Football.

Here’s everything you need from a betting perspective on the Bears-Falcons game, from the point spread, moneyline, total Over/Under and expert pick (odds via FOX Bet):

Colin Cowherd applauds the Bears for ‘getting it right’ at QB and other areas.

The Bears don’t play enough defense to be favored, as we found out Sunday, blowing a double-digit, fourth-quarter lead at home in losing to the Lions.

But is Atlanta worthy of being favored, even off the mini-bye week, having lost in Carolina last Thursday?

The smart move here is to bet the over, and wait for the points to flow in. The Bears have scored 29+ points in three straight games … and lost them all.

The Bears have rushed for 225 yards or more in five straight games, and that streak will continue here. Carolina’s run defense was at one point Top 10 in the league, but in the last two games got run over by Joe Mixon (five TDs) and Carolina (232 yards).

PICK: Over 49.5 points scored by both teams combined at FOX Bet

Are you ready to make an NFL bet? If so, head over to FOX Bet for all your wagers.

News Next Desk - December 5, 2022 0
If a car buyer is holding out for a lucrative deal this December, he may not be that lucky this time around. There is...

News Next Desk - December 5, 2022 0
France looked the part of defending FIFA World Cup champion on Sunday, defeating Poland 3-1 in the round of 16 to...

News Next Desk - December 4, 2022 0
Almost 6 million tons of wheat was collected from areas not under Ukrainian control, according to NASA Harvest. Ukraine has lost at least...

News Next Desk - December 4, 2022 0
OpenAI, cofounded in 2015 in San Francisco by billionaire tech mogul Elon Musk, who left the business in 2018, received $1 billion from Microsoft...
%d bloggers like this: