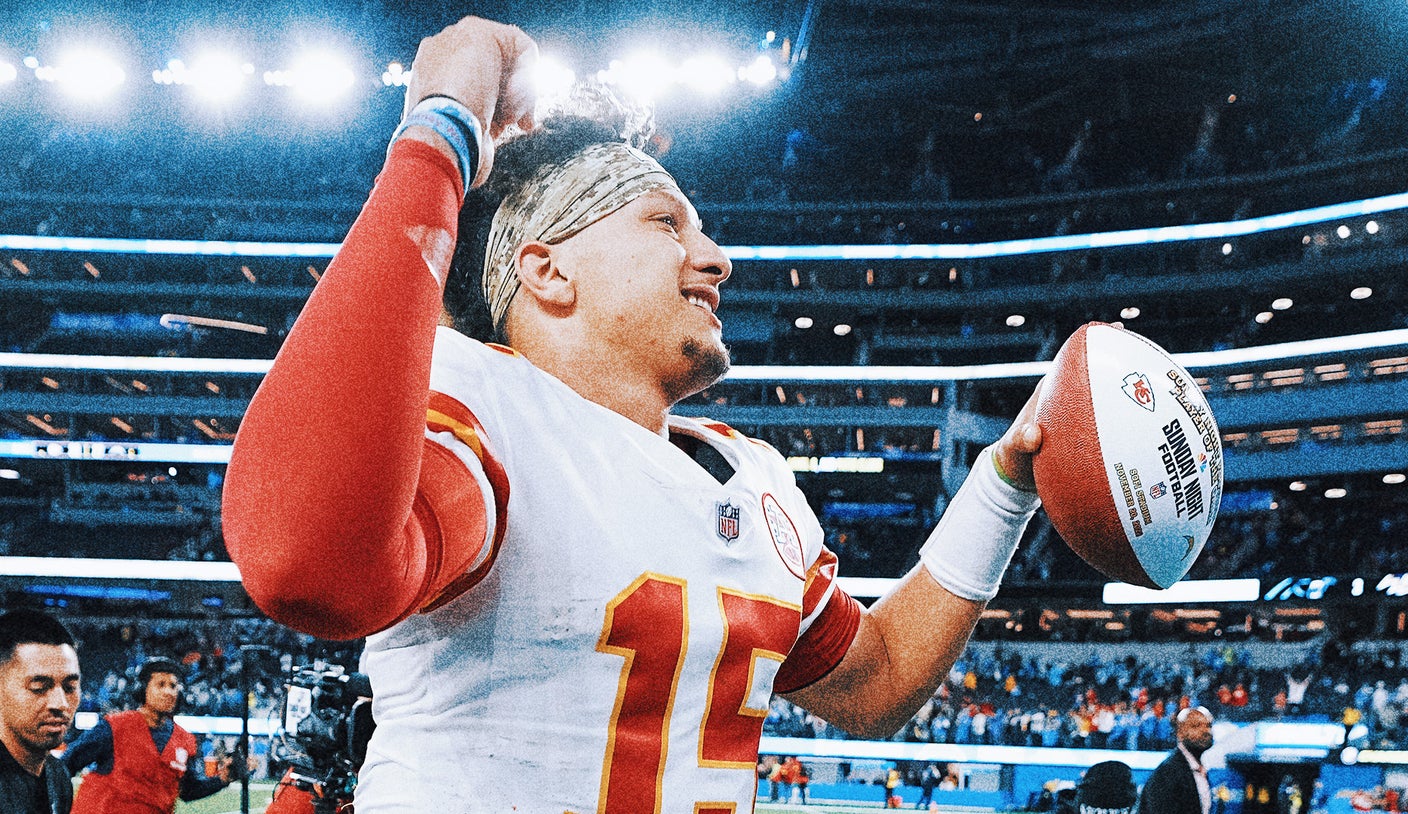 The NFL announced the five finalists for the Associated Press 2022 NFL MVP award on Wednesday.

Comprised of four quarterbacks and one wide receiver, the winner will be announced Feb. 9 at NFL Honors. A nationwide panel of 50 media members who regularly cover the league completed voting before the start of the playoffs.

The four quarterbacks are:

Justin Jefferson of the Minnesota Vikings is the wide receiver finalist.

Why Bengals-Chiefs line has shifted

At -750, Mahomes is the runaway favorite. He led the NFL with 5,250 passing yards and 41 touchdown passes. He was the near-unanimous choice for first-team All-Pro QB. The one-time winner is more than likely taking home another MVP trophy this season. Will he have another Lombardi Trophy to go along with it?

Hurts (+1200) was a strong contender for most of the season, but once he missed a few games because of the shoulder injury, his candidacy was effectively over. Hurts threw for 3,701 yards and ran for 760 with 35 combined touchdowns.

Burrow (+750), is the second-best favorite and a scorching end to the season greatly reduced his odds. Joe Cool threw for 4,475 yards and 29 touchdowns and was second in the NFL in completion percentage (68.3%).

Allen (+1000) was tied with Dak Prescott for most interceptions thrown, yet he finds himself with the third-best odds for MVP.  He threw for 4,283 yards and 35 TDs and ran for 762 yards, third among quarterbacks.

Jefferson (+10000) led the NFL with 128 catches and 1,809 yards receiving and was a unanimous All-Pro selection. He is even a longer shot than the odds indicate as a wide receiver has never won the award. Could this be the year that changes?

Green Bay quarterback Aaron Rodgers won the award in 2020-21 and has won it four times overall.

If you want to join in on the betting fun, head over to FOX Bet for all your wagers.

Nick is betting on Chiefs to have firm control over Bengals despite Mahomes’ ankle | What’s Wright?

‘If You Want To Go Elsewhere…’: Nitish Snaps At Kushwaha After He Demands ‘Own Share’ In JDU

‘Avatar: The Way of Water’ becomes fifth-highest grossing movie ever

Pathaan’s success proves why SRK is Tendulkar of Hindi cinema

‘If You Want To Go Elsewhere…’: Nitish Snaps At Kushwaha After...

News Next Desk - January 27, 2023 0
BuzzFeed, the New York-headquartered internet media company will use ChatGPT's Open Artificial Intelligence to generate content for its website. This includes quizzes, which is...

News Next Desk - January 27, 2023 0
Shah Rukh Khan, Deepika Padukone and John Abraham starrer ‘Pathaan’ is racing ahead at the box office and how! After recording a whopping Rs...

Explained: What does Pakistan’s rupee dropping to record low mean for...

News Next Desk - January 27, 2023 0
The government last year released the 12th payment of the Pradhan Mantri Kisan Samman Nidhi (PM-KISAN) Yojana, and farmers are eagerly expecting the release...
%d bloggers like this: