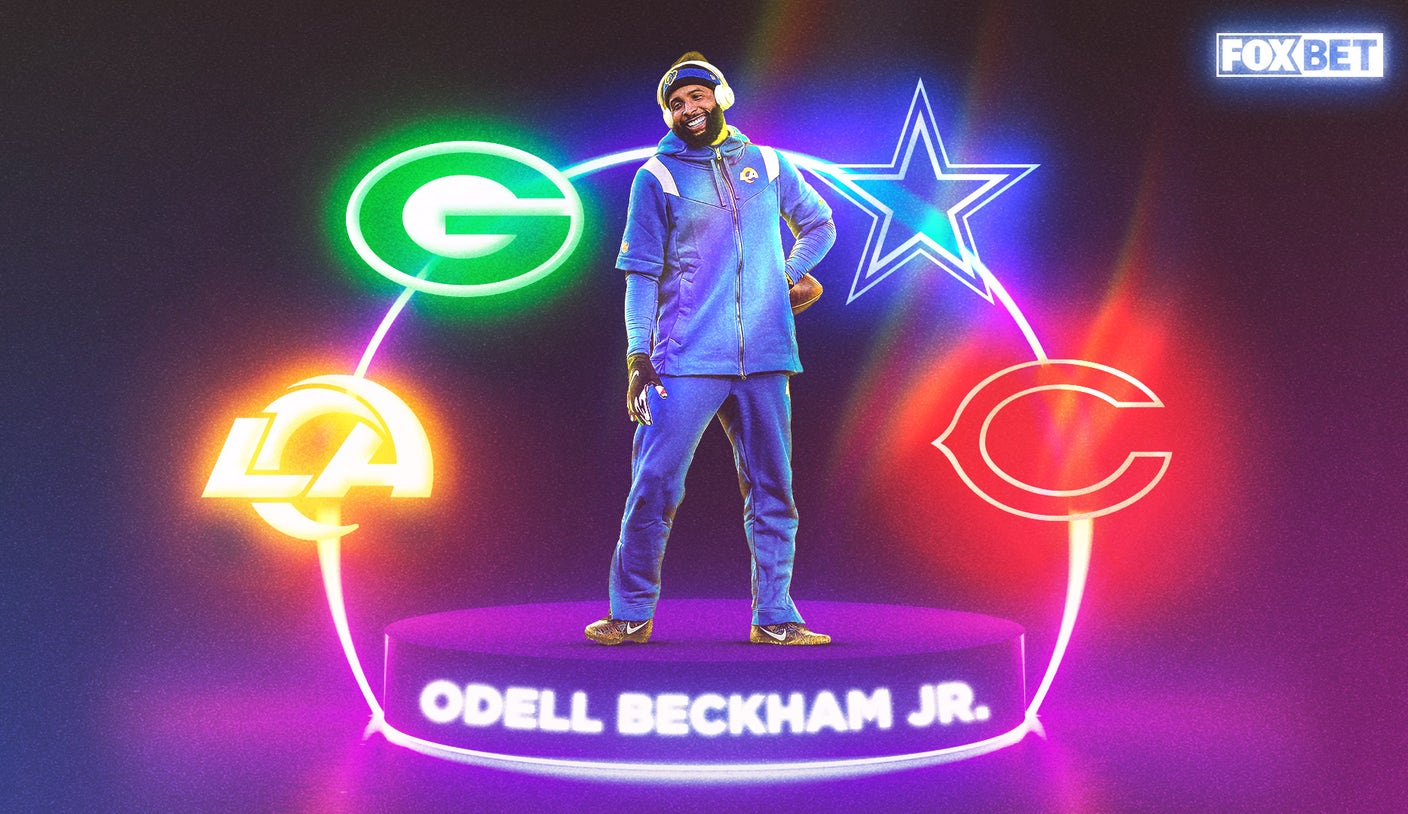 If you took the player prop at FOX Bet for Odell Beckham Jr. to score a touchdown in Super Bowl LVI, you made some cash off the Big Game. But will OBJ be wearing a Rams jersey the next time he catches a TD?

The wide receiver signed a one-year deal with the Los Angeles Rams after being bounced from the Cleveland Browns in the middle of the 2021 NFL season. Lucky for him, he landed in La La Land, became an integral part of the Rams’ offense and won his first championship ring.

The three-time Pro Bowler is now a free agent, which has fans and bettors wondering where he will play next.

From a gambling perspective, it’s always exciting to dive into possible scenarios for where a superstar player like Beckham might land. So let’s look at FOX Bet’s hypothetical odds for OBJ’s next move.

ODDS ON ODELL BECKHAM JR.’S NEXT TEAM (via FOX Bet)

Will LA run it back and re-sign the wideout? Or will he make his way to Lambeau Field to fill the void left by Davante Adams’ departure? The Cowboys could use some new energy on offense. Perhaps OBJ does a do-si-do down to Dallas to catch passes from Dak Prescott.

Though Beckham Jr. caught a touchdown pass in Super Bowl LVI, he exited the game in the second quarter after tearing his ACL in his left knee. The injury could potentially play a big part in his future. This is why, according to the odds and to bookmakers, OBJ returning to the Rams makes sense.

“The Rams obviously already have the relationship with him, and they could likely get him cheap after the injury,” explained FOX Bet commercial manager Jacob Blangsted-Barnor. “But there would be questions about workload with Allen Robinson coming in.”

The Packers at +350 have the next-best odds at landing the 2014 Offensive Rookie of the Year. The surprising Adams trade from Green Bay to Las Vegas left Aaron Rodgers in need of an explosive receiver. If OBJ can return to pre-injury, All-Pro form, A-Rod and OBJ could be one of the most dynamic duos in the NFC.

“Packers make a ton of sense, and they’ve already said they are keeping tabs on him,” Blangsted-Barnor noted.

Speaking of the NFC, the Cowboys are another squad that could use a healthy OBJ at receiver. He averaged 11.3 yards per reception as a Ram last season and scored five touchdowns in the three months he played for LA. Putting Beckham into the lineup possibly gives Prescott another offensive weapon to complement the team’s run game — especially after losing WR Amari Cooper in the offseason.

The Bears are another team that could benefit from Odell’s talent. Allen Robinson was traded to the Rams from Chicago, leaving Justin Fields — the young, second-year QB — without a star receiver. Could we see Beckham bear down in the Windy City next season?

On the far end of the spectrum of FOX Bet’s hypothetical odds are the Patriots at +1400. New England’s Mac Jones is cementing himself as one of the new, young QBs to watch. Having a proven, veteran, Super Bowl champion receiver like Beckham to throw passes to would only help his ascent to the next level. And as unlikely as +1400 seems, remember that no scenario is ever too farfetched when it comes to what coach Bill Belichick might do.

Where do you think Odell Beckham Jr. plays in 2022? Stay tuned to see how it all unfolds!