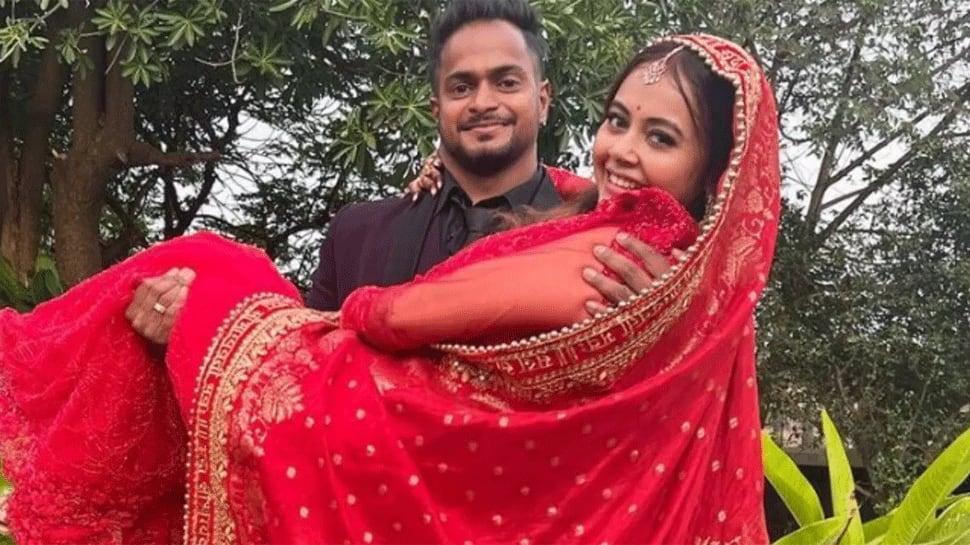 NEW DELHI: Devoleena Bhattacharjee, who became household name for portraying Gopi Bahu in Saath Nibhaana Saathiya, surprised her fans by getting married to her long time beau and gym trainer Shanawaz Shaikh. The actress has been regularly dropping photos and videos from her wedding celebrations, despite receiving severe backlash from netizens for tying the knot with a Muslim man.

On Sunday, Devoleena dropped a fresh post thanking her husband Shahnawaz for standing by her side and mentioned everything that made her fall in love with him. She wrote, “Just love (emoji). Thank you shonu for always being there when nobody even bothered to ask if i am doing well or not. Thank you for making me feel the way I always wanted to. Thank you for being protective, caring & loving.”

She added, “And most importantly respecting me & accepting me with my flaws. Bohot kuch kehna cahti hun. But filhaal itna hi THANK YOU SO MUCH SHONU FOR EVERYTHING. @shanwaz7636″

Yesterday, Devoleena dropped her another video from her post-wedding festivities giving a glimpse of her Assamese bridal look. In the video, Devoleena is seen sitting in front of the mirror while her makeup artist helps her in getting ready. The actress opted for traditional Bengali look as she got ready for a particular ritual. She wore a white silk saree and completed her look with gold jewellery. The Saath Nibhana Saathiya star also wore a ‘mangalsutra’.

As Devoleena shared the video, her close friend Vishal Singh dropped a couple of heart emojis in the comments section. Her fans congratulated her for her ‘new life’ and also complimented her on her ‘beautiful’ look. One of them commented, “Gorgeous Devoleena”.

Devoleena Bhattacharjee has also featured in shows like Laal Ishq and was seen in two seasons of Bigg Boss. She will be starring in the Lakshmi Iyer directorial, First Second Chance. The movie also stars Renuka Shahane, Ananth Mahadevan, Saahil Uppal and Nikhil Sangha.