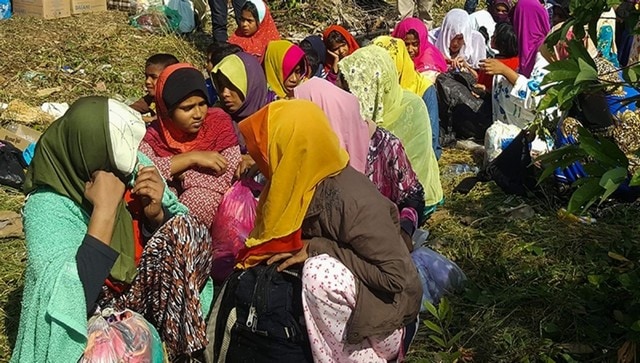 Malaysia has introduced a state law that seeks to criminalise out-of-wedlock pregnancies and punish women who ‘dress like men.’

As many as 14 human rights groups, including the All-Women’s Action Society, have flagged concerns about the legislative changes introduced by Malaysia’s north-eastern state of Terengganu.

These groups say that the changes will violate the right to freedom and expression, equality and non-discrimination. A statement released by one of the groups claims that the new laws can possibly worsen the existing conditions of women in the country.

“The laws can have harmful impact on women, young people, LGBTQ persons, among others,” the statement said.

Under the new laws, Terengganu – a state that is governed by Parti Islam Se-Malaysia – will also outlaw witchcraft and sorcery.

Anyone who is found flouting the laws will face either a fine of 5,000 ringgits, a three-year jail term and six lashes or a combination of all three, according to a statement released by Malaysian news agency Bernama.

‘Protecting the well-being of Muslims’

Religious official Satiful Bahari Mamat, according to Bernama, said that the new legislation aims to “better protect the well-being of Muslims”. The new laws that prohibit women from acting like men are being enacted because existing laws only dealt with men acting like women he said.

“Because in the past, there might not have been much of this issue (women acting like men). But we see now that ‘pengkid’ (tomboy or lesbian) cases and the like are becoming more widespread, so the state government intends to curb this issue,” Bahari told the news agency.

What is Parti Islam Se-Malaysia?

In last month’s general elections, Parti Islam Se-Malaysia or PAS won most of the seats than any single party. The party has, for long, stated that it intends to turn Malaysia into an Islamic state.

In the past, PAS has pushed the federal parliament to allow it to implement strict Islamic laws in the state.