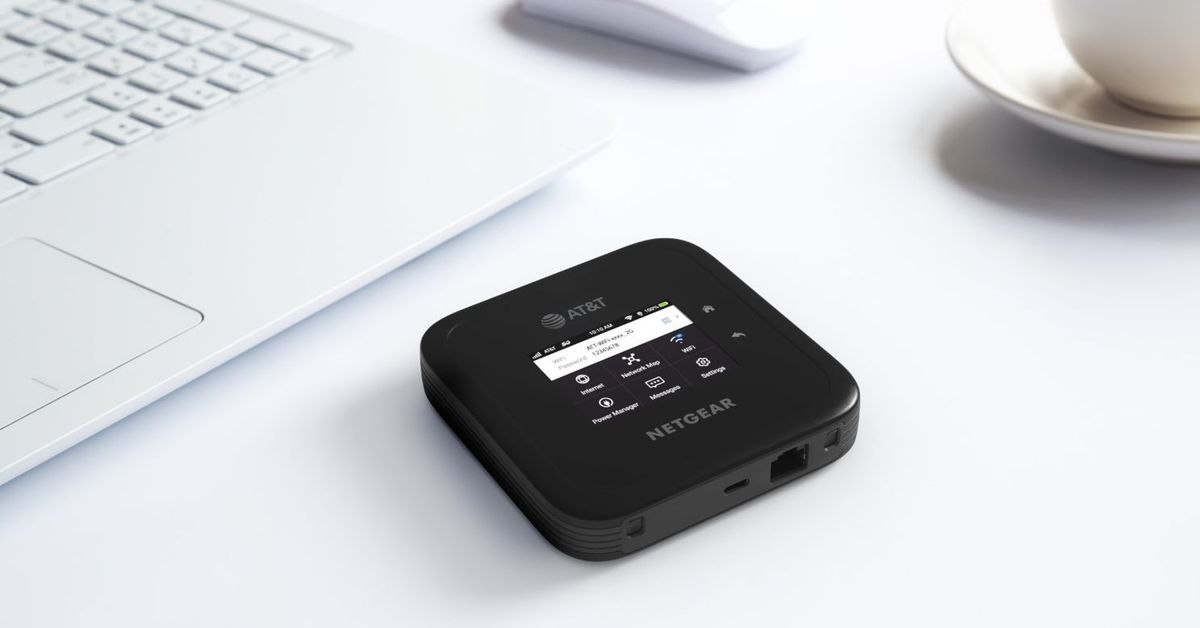 Netgear is releasing an unlocked version of its Nighthawk M6 mobile hotspot router designed for use at home or on the go. Like the AT&T version of the M6, this new one supports C-band 5G — but now, it also supports faster 2.5Gbps internet service on supported network plans. It also features a new In-Home Performance Mode that allows it to better serve as a primary home router when needed.

The new M6 (MR6150) model can cover 2,000 square feet with Wi-Fi, according to Netgear. That Wi-Fi range boost doesn’t work in portable mode, though; it only works if you plug it into power and remove its 5,040mAh battery. It’s still good to have that versatility and perhaps increase the useable life of the battery, though it would shut off in the event of a power loss. Netgear hasn’t shared the typical Wi-Fi range of the M6 when running on battery, but according to PCMag, the previous M5 model was only able to achieve a range of about 50 feet in unobstructed line-of-sight testing.

Both the M6 and the AT&T versions support C-band 5G, but the new one now supports 2.5Gbps internet service on supported network plans. The M6 doesn’t have mmWave 5G like Netgear’s M5 and M6 Pro models and also doesn’t have Wi-Fi 6E support — but it makes up for it a bit by adding faster 3.6Gbps Wi-Fi 6 device connectivity on supported 160MHz devices.

The unlocked M6 still has the 2.4-inch LCD touchscreen that lets you change its settings and check the Wi-Fi password, and it supports up to 32 devices connected simultaneously. There’s also a gigabit ethernet port and antenna ports that let you extend the 5G signal (antenna sold separately).

Motorola’s Edge 30 Fusion is coming to the US in pink, and I don’t hate it