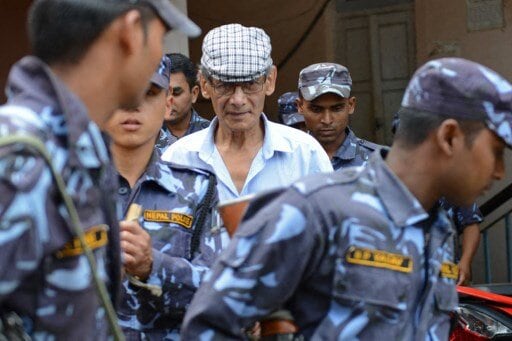 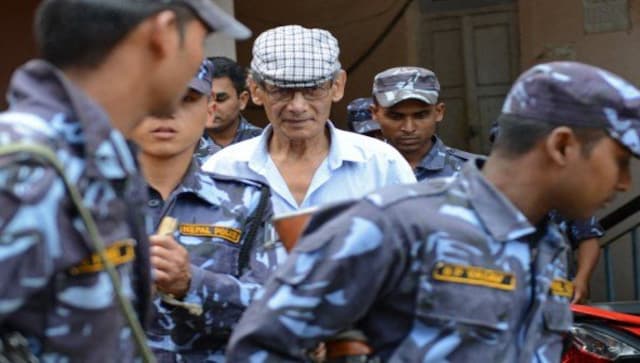 In this file photo taken on June 12, 2014 French serial killer Charles Sobhraj (C) is escorted by Nepalese police at a district court for a hearing on a case related to the murder of Canadian backpacker Laurent Ormond Carriere, in Bhaktapur on June 12, 2014. AFP

Nepal’s top court ordered on Wednesday the release of Charles Sobhraj, the French serial killer portrayed in the Netflix series “The Serpent” who was responsible for a string of murders across Asia in the 1970s.

The Supreme Court ruled Sobhraj, 78, who has been in prison in the Himalayan republic since 2003 for murdering two North American tourists, should be freed on health grounds, according to a copy of the verdict seen by AFP.

“Keeping him in the prison continuously is not in line with the prisoner’s human rights,” read a copy of the verdict, AFP reported.

“If there are not any other pending cases against him to keep him in the prison, this court orders his release by today and… the return to his country within 15 days.”

Sobhraj was born to an Indian father and a Vietnamese mother in Vietnam’s Saigon. He shifted to France after his mother married a French lieutenant. Sobhraj is a French national.

Sobhraj who had a criminal history in France began globe-trotting in the early 1970s and he eventually ended up in the Thai capital Bangkok.

His modus operandi was to charm and befriend his victims — many of them starry-eyed Western backpackers on a quest for spirituality — before drugging, robbing and murdering them.

Described as “handsome and sophisticated,” he was implicated in his first murder, that of a young American woman whose body was found on a beach in Pattaya wearing a bikini, in 1975.

He was eventually linked to more than 20 killings. His victims were strangled, beaten or burned, and he often used the passports of his male victims to travel to his next destination.

Sobhraj’s sobriquet, “The Serpent”, came from his ability to assume other identities in order to evade justice. It became the title of a hit series made by the BBC and Netflix that was based on his life.

Sobhraj was arrested in India in 1976

He was arrested in India in 1976, after a French tourist died from poisoning at a Delhi hotel, and was sentenced to 12 years for murder.

Sobhraj ultimately spent 21 years in jail, with a brief break in 1986 when he escaped and was caught again in the Indian coastal state of Goa.

Released in 1997, Sobhraj retired to Paris but resurfaced in 2003 in Nepal, where he was spotted in Kathmandu’s tourist district and arrested.

A court there handed him a life sentence the following year for killing US tourist Connie Jo Bronzich in 1975. A decade later he was also found guilty of killing Bronzich’s Canadian companion.

In prison in 2008, Sobhraj married Nihita Biswas, who is 44 years his junior and the daughter of his Nepalese lawyer.