Home Sports NBA Debate: Are the Pelicans contenders? And are the Nets back? 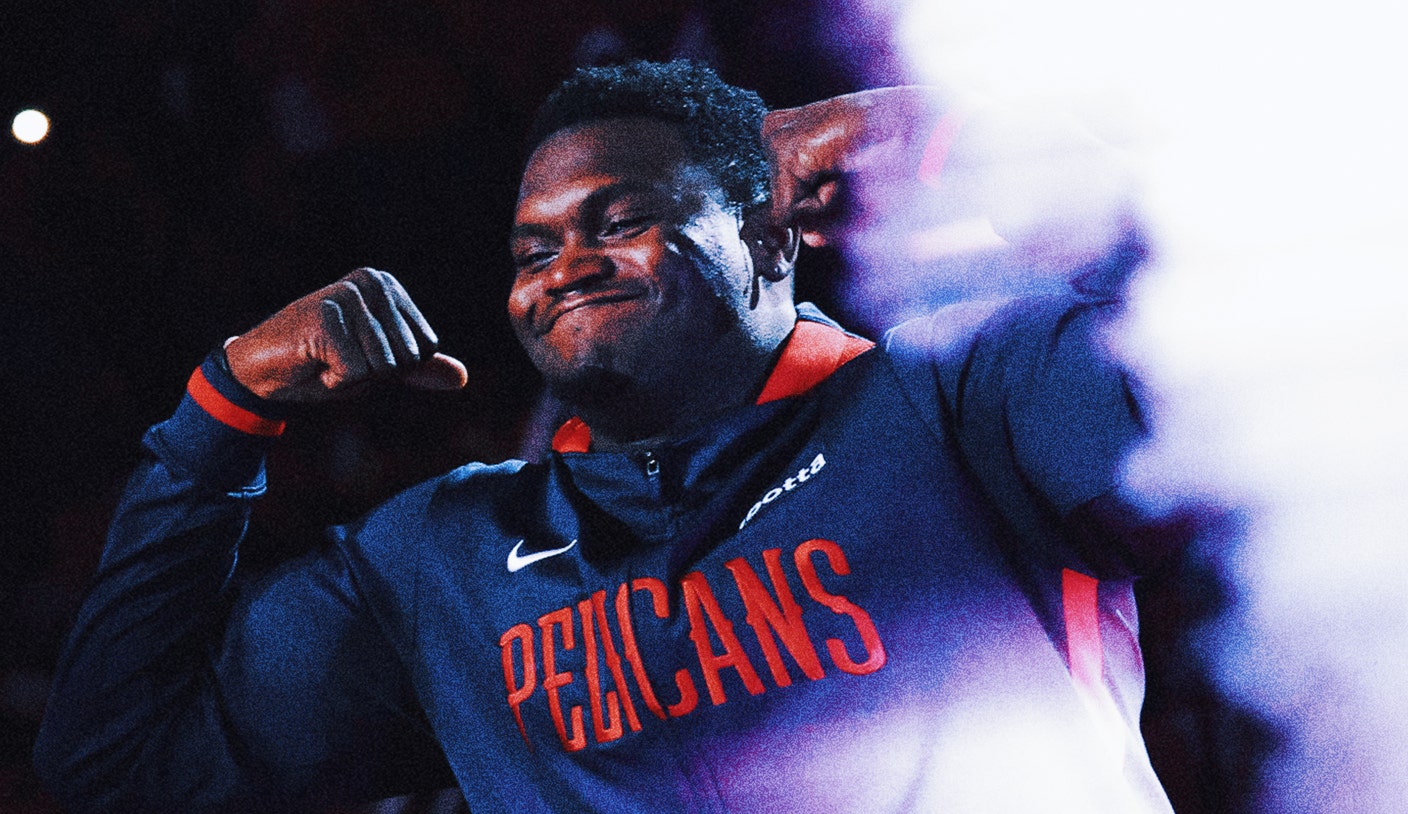 While the usual suspects remain atop the Eastern Conference standings, there is a new contender emerging out West.

This week, our panel of NBA reporters — Ric Bucher and Melissa Rohlin — takes a look at New Orleans’ sudden arrival, if the Brooklyn Nets have regained their mojo, and which new face in a new city has taken their game to new heights.

1. New Orleans is No. 1 in the Western Conference standings. Are the Pelicans a real title contender?

Rohlin: I don’t know if the Pelicans are legit title contenders, but I could see them having a deep playoff run. Without Zion Williamson last season, they surprised everyone by reaching the first round of the playoffs behind CJ McCollum and Brandon Ingram. And with Williamson back in the lineup, averaging 23.9 points and 7.2 rebounds, the Pelicans are a real threat. The problem is the Western Conference is just so congested right now that it’s hard to gauge which teams are standouts. After all, the top-seeded Pelicans are only 3.5 games ahead of the ninth-place LA Clippers. So, the conference is wide open. That being said, I really like what Willie Green is doing over in N.O. And with Williamson playing dominant ball, this team could make some real noise. In fact, what’s to say they won’t surprise us again by playing in June?

Bucher: No, but they are wildly entertaining, and I would expect them to win a decent amount of regular-season games. They are not particularly good in close games or against winning teams, which is what they will see in the playoffs. And Zion presents as much of a conundrum for the Pelicans as he does their opponents. He’s too good not to put the ball in his hands, but he has the team’s highest usage rate and the fourth-highest assist total per 100 possessions, just a tick ahead of Devonte Graham. Translation: He isn’t creating shots for others. Attacking the basket, whether it’s off the dribble or on putbacks, he’s electric — if he can get to his left hand. Good teams, playoff teams, aren’t going to let him, at least not consistently. If he doesn’t have the ball in his hands, he’s not much of a threat, other than cleaning up the glass, which creates a spacing problem. And then there’s the defensive end of the floor. How do I put this kindly? He’s atrocious. Doesn’t box out, doesn’t stay in front of his man, doesn’t block shots. As amazing as he is — and I do think he’s a special talent — the Pelicans do not miss a beat without him. But they have to play him. I can’t wait to see how this plays out.

2. The Miami Heat finished first in the East last season and were one game away from the NBA Finals. This season, they sit 10th in the conference. What’s gone wrong in Miami?

Rohlin: Their biggest problem: The Heat are bottom-five in offensive rating. Of course, injuries haven’t helped. Jimmy Butler has missed 10 games and the reigning Sixth Man of the Year Tyler Herro has missed eight. But the funny thing about this team is even though their record is cringe-worthy, it’s still hard to count them out. There are nights when they look like a team that reached Eastern Conference Finals last season and has a chance to compete again, such as when they beat the Boston Celtics last Friday. But they’ve also had so many inexplicable collapses, such as Monday, when they fell to a Memphis Grizzlies team without four starters, including superstar Ja Morant. I wouldn’t be surprised if this team has a late resurgence.

Bucher: I’m never going to count them out because few teams consistently maximize what they have as well as the Heat, but they need their core — Butler, Bam Adebayo and Kyle Lowry — available and playing at a high level to compete with the league’s best. Butler having missed 10 of 25 games (they went 4-6 without him) hurts, as has the decline of Lowry. Those two are also their lone playmakers, hence the offensive struggles.

3. Boston led by as many as 45 points in Phoenix on Wednesday. What did you make of the Celtics’ blowout win over the Suns? Is Boston that far ahead of the pack?

Rohlin: That loss was bad. But I’m not sure we can read that much into it. First of all, Chris Paul returned against the Celtics after a 14-game absence and was far from himself in that game, finishing with as many turnovers (four) as points and assists. Secondly, Devin Booker, who was coming off of 40-plus and 50-plus-point performances just a week earlier, had a super off night against the Celtics, finishing with 17 points on 35.3% shooting. That being said, the Celtics might very well be the best team in the league right now. And there’s no question that they’re hungry after finally reaching the NBA Finals for the first time in 12 years last season before falling to the Golden State Warriors. They have the top rated offensive (119.9) and they’re in the top-10 team in defensive rating. But the Milwaukee Bucks are right at their heels, only two games behind. And there are several other teams that would give them a run for their money, potentially even including the Suns, barring another collapse.

Bucher: No maybe. The Celtics are the best team in the league right now and not just because of their record. They’re also a terrible matchup for the Suns, whose strength is their wings and point guard play against most teams. The problem: That’s Boston’s strength as well and right now, no one is taking Booker, CP3 and Mikal Bridges over Jayson Tatum, Jaylen Brown and Marcus Smart. Throw in Malcolm Brogdon coming off the bench vs. Cam Payne and it’s not a fair fight. Which the final score indicated. And then there’s chemistry. The Cs have that over the Suns as well. Otherwise, how is DeAndre Ayton taking only three first-quarter shots against a front line of Blake Griffin and Grant Williams?

4. Several big names found new homes this offseason. Which big name in a new city has been the best so far this season?

Rohlin: I like what Donovan Mitchell is doing in Cleveland. He’s averaging career-highs in points (29) and field goal percentage (49.6), while leading the Cavaliers to the third-best record in the Eastern Conference (16-9). Following five seasons with the Utah Jazz, it’s clear that a change has benefitted him. He’s making the Cavaliers relevant again for the first time since LeBron James took the team to the NBA Finals in 2018 and then left in free agency. Since then, they’ve missed the playoffs four straight seasons. Behind Mitchell, that streak could end very soon.

Bucher: It’s hard to look past Mitchell, for sure, but just to spread the love, I’ll go with Jerami Grant in Portland. He might not even qualify as a big name, which is what makes his performance for the Blazers even more sensational. Known mostly for his defense, he’s averaging a career-high 23 points, in part because he’s become a knock-down three-point shooter. He’d never shot the 3 better than 39% before this season; yet he’s shooting 46.1%. He’s even hit a buzzer-beating game-winning baseline jumper, and I’m reasonably confident in saying that’s not only the first game-winning buzzer beater he’s made, it’s the first he’s taken in the NBA. Brogdon deserves a nod as well. I’m convinced Smart is playing as efficiently as he is because he knows Brogdon, an efficiency maestro, is over there waiting.

5. Brooklyn has won five of its last six and eight of its last 11, and is now fourth in the East. Are the Nets back? Can they still challenge in the East?

Rohlin: How quickly storylines change in the NBA. Just a blink ago, the Nets were mired in more drama than a Telenovela. Now, they’re in the headlines for a different reason: They’re winning. The biggest difference has been they’ve actually decided to play defense. They went from having the worst defense in the league to being eighth in that category over their last 10 games. Funny what playing a little defense will do, huh? Ever since Kyrie Irving has returned from suspension, the Nets have been relevant again. If they keep playing like this, things could be very interesting come April.

Bucher: I look at their roster and think, “Why not?” Then I look at the load Kevin Durant and Irving are carrying — both playing 37 minutes a night — and consider their injury history and I think, “This isn’t sustainable.” And then there’s their appetite for drama; all is relatively quiet but I’m just not sure they can help themselves, particularly Kyrie, from doing something that is going to be a distraction. They’re not beating the Celtics or the Bucks, so, no, they’re not going to challenge in the East.

Ric Bucher is an NBA writer for FOX Sports. He previously wrote for Bleacher Report, ESPN The Magazine and The Washington Post and has written two books, “Rebound,” on NBA forward Brian Grant’s battle with young onset Parkinson’s, and “Yao: A Life In Two Worlds.” He also has a daily podcast, “On The Ball with Ric Bucher.” Follow him on Twitter @RicBucher.

Melissa Rohlin is an NBA writer for FOX Sports. She previously covered the league for Sports Illustrated, the Los Angeles Times, the Bay Area News Group and the San Antonio Express-News. Follow her on Twitter @melissarohlin.

Yaron Weitzman is an NBA writer for FOX Sports. He is the author of “Tanking to the Top: The Philadelphia 76ers and the Most Audacious Process in the History of Professional Sports.” Follow him on Twitter @YaronWeitzman.

Get more from National Basketball Association Follow your favorites to get information about games, news and more

News Next Desk - February 9, 2023 0
Legspinner Adam Zampa is on the verge of being traded from Melbourne Stars, the franchise he captained this Big Bash League season, to crosstown...

Omaxe Chowk to have the Biggest Food Court in India

News Next Desk - February 9, 2023 0
Big thumbs up for Shah Rukh Khan’s latest film Pathaan as the Indian Prime Minister Narendra Modi congratulated the film and its successful run...
%d bloggers like this: