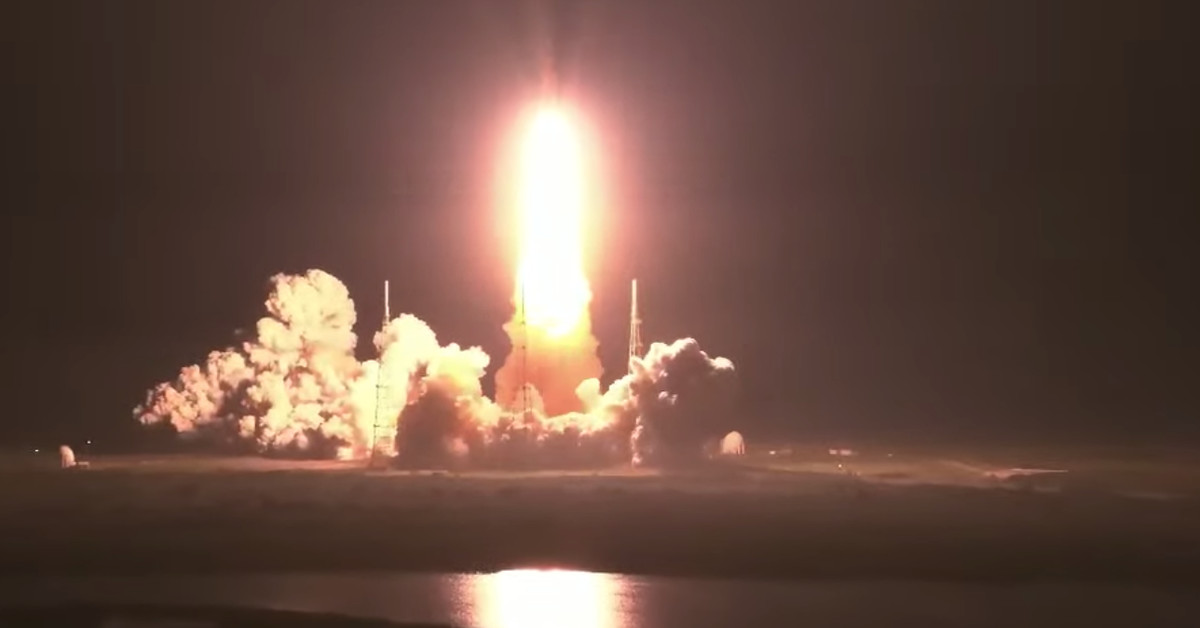 With a roar that lit up the night sky, NASA sent its colossal next-generation rocket soaring into space for the first time on Wednesday. The Space Launch System rocket, or SLS, took off at 1:47AM ET from Cape Canaveral, Florida, signaling the start of a bold new era for the US government’s space program.

It also marks a major success for NASA’s Artemis program to return to the Moon, which has been plagued by years of delays, development mishaps, and billions of dollars in budget overruns. During the past few months both hurricanes and technical difficulties caused launch delays — including two scrubs. Then, tonight, engineers managed to fix both an intermittent hydrogen leak and a “bad ethernet switch” in the hours just before launch.

NASA can now put many of those problems in the rear-view as it looks ahead to the program’s future.

“For the Artemis generation, this is for you,” said Charlie Blackwell-Thompson, Artemis launch director, as she gave the go ahead for launch.

The SLS carried its Orion capsule to an altitude of just under 4,000 kilometers before the two craft separated and the core stage of the rocket fell back to Earth. Orion will continue onward to the Moon, which it will orbit for several days before returning to Earth. The capsule is scheduled to splash down in the ocean on December 11th. For this mission, Orion is uncrewed — save for a trio of mannequins, two of which were fitted with sensors to measure radiation levels.

One of the main goals of this flight is testing Orion’s heat shield, which will have to endure temperatures of 2,800 degrees Celsius as it enters Earth’s atmosphere. In addition, NASA will be testing radiation shielding, sensors, navigation and communications equipment.

The SLS launch was also a test of NASA’s most powerful rocket configuration yet, a prerequisite for future deep space missions. Artemis I, the first integrated flight of SLS and Orion, stands 322 feet — 17 feet taller than the Statue of Liberty — and weighs 5.75 million pounds. During launch and ascent, SLS will produce 8.8 million pounds of maximum thrust, 15 percent more thrust than the Saturn V rocket.

The rocket was originally intended to debut in 2017, but it has consistently been over budget and behind schedule. Government auditors accused NASA of failing to be transparent about cost overruns that have added approximately $1.8 billion to the final budget.

But it was finally ready to launch this year. The first launch attempt on August 29th was scrubbed after Engine No. 3 failed to reach the appropriate temperature to allow for the launch — something that NASA later blamed on a potentially faulty sensor. On September 3, NASA made another attempt to launch the rocket, but had to scrub again when a persistent hydrogen leak appeared during fueling, defying engineers’ repeated attempts to troubleshoot the issue. Once the leaks got figured out, Hurricanes Ian and Nicole delayed NASA’s launch schedule even further, to November 16.

The next flight of the Artemis program, currently set for 2024, will carry a crew of astronauts around the Moon and back without landing. Then, in 2025, NASA plans to launch the first crewed Moon landings since the Apollo 17 mission in 1972. This landing will include the first woman and the first person of color to walk on the Moon.

News Next Desk - December 5, 2022 0
England Women have suffered a major injury setback at the start of their tour of the Caribbean, with Alice Capsey sustaining a broken collarbone...

FBI warning: This ransomware gang has hit over 100 targets and...

News Next Desk - December 5, 2022 0
A prolific ransomware gang has hit over 100 organizations around the world and claimed over $60 million in ransom payments,...

News Next Desk - December 5, 2022 0
NEW DELHI: Bollywood actor Hrithik Roshan, who recently finished the outdoor shooting schedule of his upcoming action-drama 'Fighter', was captured in Mumbai along with...

News Next Desk - December 5, 2022 0
The President of the United Arab Emirates (UAE), Sheikh Mohammed bin Zayed al-Nahyan held talks in Qatar on Monday. This is the first such...

News Next Desk - December 5, 2022 0
A new WhatsApp feature called picture-in-picture mode for WhatsApp video calls is now available for some beta testers. Here is what you need to...

Man sues company for forcing him to do ‘nothing’ at work,...

News Next Desk - December 5, 2022 0
For one's mental and emotional wellness, working in a good atmosphere is italvop. A man from Dublin, Ireland, is suing his employer for workplace...
%d bloggers like this: