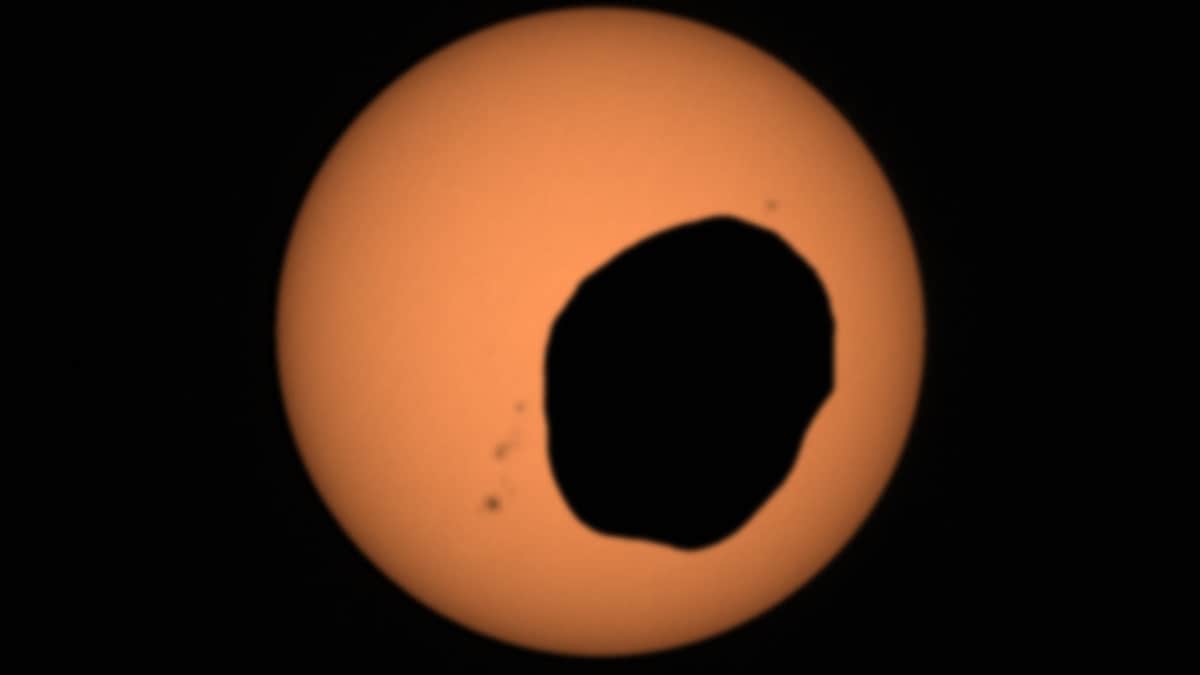 If you ever imagined how a solar eclipse would appear from the surface of Mars, you are in for a treat. NASA has shared a “sped-up” video that showed one of Mars’ two moons shadowing the Sun as seen from the Martian surface. The interesting video was shot by the space agency’s Perseverance rover when Phobos, a small, potato-shaped moon of the Red Planet, moved between Mars and the Sun. “You’re just too good to be true. Can’t take my eyes off of you,” NASA said, sharing the video on its Instagram account.

These observations help scientists better understand the subtle shifts in the moon’s orbits and how its gravity pulls on the Martian surface, ultimately shaping the Red Planet’s crust and mantle. NASA’s Perseverance rover used its the next-generation Mastcam-Z camera on April 2 to capture the video.

The video showed a tiny object of irregular shape entering the view between Mars and the Sun from the upper right corner and then slowly moving into the centre and finally exiting from the other side of the Sun’s edge. Phobos is about 157 times smaller than Earth’s Moon. Scientists have found out that Phobos’s gravity experts small tidal forces on Mars, which is changing the moon’s orbit, bringing it closer to the Martian surface. Phobos will ultimately crash into the Martian surface in tens of millions of years.

The Jet Propulsion Laboratory, which manufactured the rover, said, in a statement, that the eclipse lasted for 40 seconds – much shorter than a typical solar eclipse involving Earth’s Moon.

Several probes sent to Mars have previously captured solar eclipses from the Red Planet. But Perseverance has provided the most zoomed-in video of a Phobos solar eclipse yet – and at the highest frame rate ever.

Perseverance landed on the Red Planet in February 2021. Its main objective is to look for signs of ancient microbial life. It is studying and analysing the Red Planet’s rock and dust, and collecting them for a future manned mission when these samples will be brought back to the Earth for further analysis.