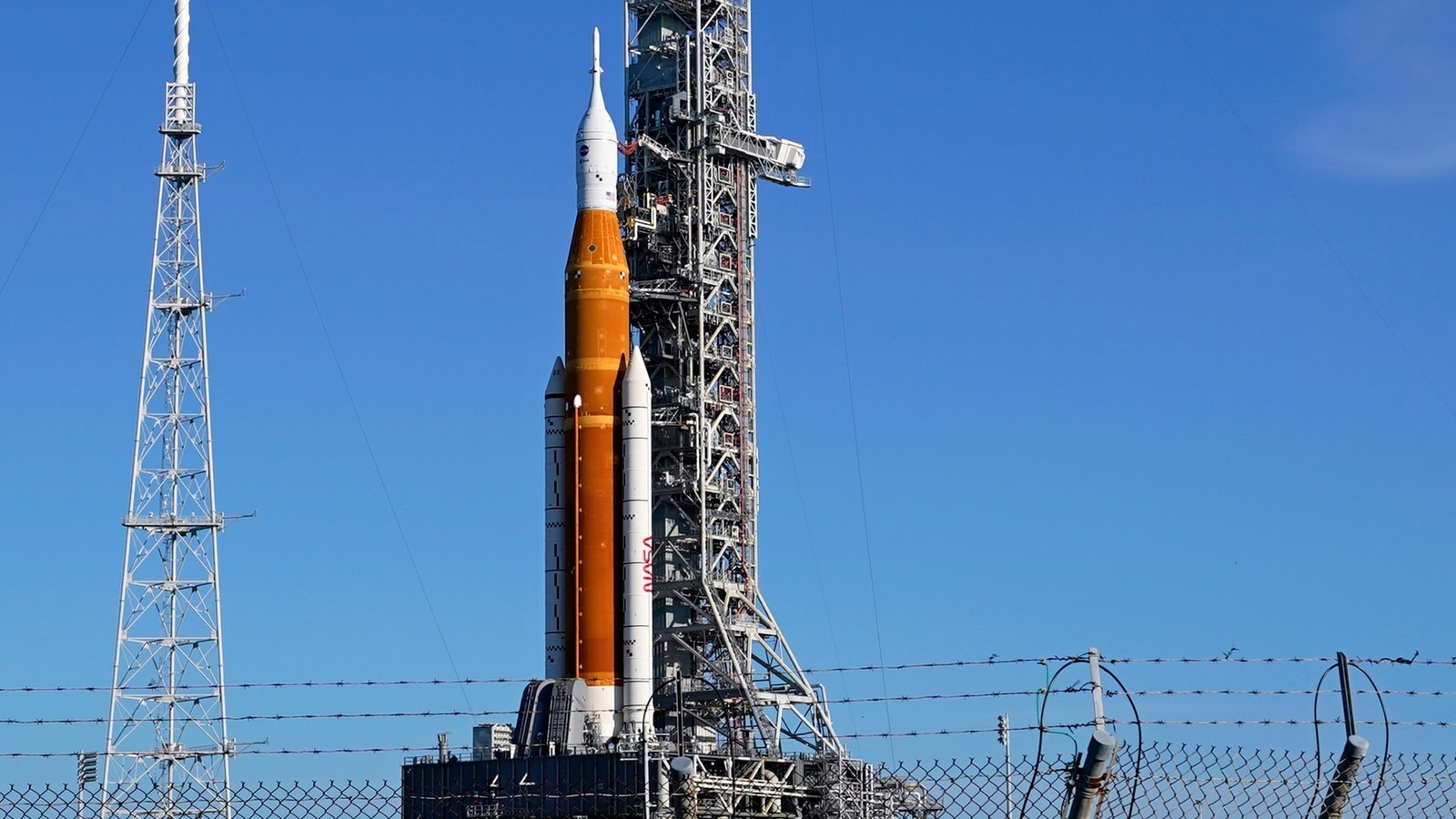 NASA Artemis 1 Moon rocket is all set for the launch to the Moon today. You can watch the launch event live on NASA TV, NASA’s YouTube channel and more. Check details here.

After more than its fair share of setbacks, the NASA Artemis 1 is finally ready to launch today, November 16. The Moon rocket was originally scheduled to launch on August 29 but issues in fueling caused the launch to be delayed by more than a month. Hurricane Ian caused a second delay for the Artemis 1 launch. NASA brought it back to the launch pad on November 4 for a third attempt but due to hurricane Nicole, it had to be further pushed back. But now, NASA is confident to complete the launch of the Moon rocket today. Fourth time’s the charm, they say! So, if you’re interested in watching the live coverage of the event, know how to watch it online.

NASA officials are confident that the launch will be conducted successfully and no issues, internal or external, will cause any further delays. “There’s no change in our plan to attempt to launch on the 16th,” Mike Sarafin, Artemis mission manager at NASA headquarters in Washington, said in a press conference, according to a report by Space.com.

When and where to watch NASA Artemis 1 launch

The NASA Artemis 1 Moon rocket launch process is already underway. The SLS rocket and Orion spacecraft will take off from Launchpad 39B at the Kennedy Space Center in Florida. The launch period will be a two-hour window starting from 1:04 AM EST (11:34 AM IST).

NASA YouTube channel has begun its live broadcast. It started yesterday 3.30 PM EST (2:00 AM IST, today) and will continue till the end of the launch. People who want to watch the Artemis I launch live on YouTube can click on the link here.

Interestingly, Artemis 1 will be the first voyage for the SLS rocket and only the second flight for the Orion spacecraft. If everything goes well, in 2024 NASA will send a crewed team to the Moon via the Artemis 2 mission. The Artemis 1 mission will last 26 days and after its end NASA new lunar exploration will be able to know the viability of sending a crewed mission and what to expect once there.

Why automating trucking is harder than you think

News Next Desk - December 5, 2022 0
Prince Harry and Meghan Markle are all set to share their sides of the story. Netflix's forthcoming documentary series has garnered all the attention...

News Next Desk - December 5, 2022 0
The curtains on the high-voltage Gujarat Assembly elections dropped on Monday as the second phase of polling came to an end. The Election Commission...

News Next Desk - December 5, 2022 0
England Women have suffered a major injury setback at the start of their tour of the Caribbean, with Alice Capsey sustaining a broken collarbone...

Liz Truss to stand again as Tory MP after being ousted...

FBI warning: This ransomware gang has hit over 100 targets and...

News Next Desk - December 5, 2022 0
A prolific ransomware gang has hit over 100 organizations around the world and claimed over $60 million in ransom payments,...

News Next Desk - December 5, 2022 0
NEW DELHI: Bollywood actor Hrithik Roshan, who recently finished the outdoor shooting schedule of his upcoming action-drama 'Fighter', was captured in Mumbai along with...
%d bloggers like this: