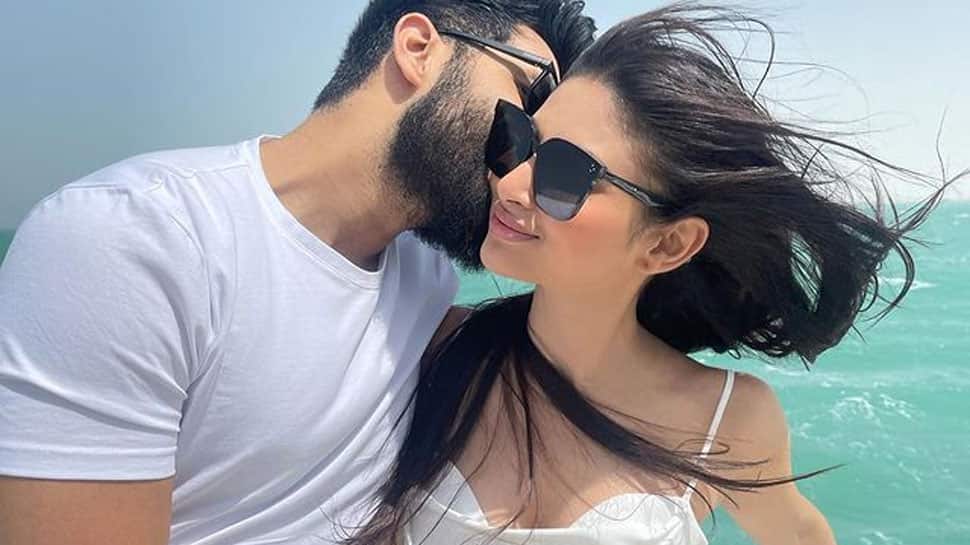 New Delhi: Naagin fame Mouni Roy and husband Suraj Nambiar’s dreamy love story was solemnised into a grand fairytale wedding earlier this year. And now on hubby dearest’s birthday, Mon (as she is fondly called) shared a collection of posts and in one of the pictures the duo can be seen sharing a passionate lip kiss.

Here’s what Mouni wrote in the caption: Happy birthday, the shining of my life and the giver of best cuddles and kisses in the world..I can’t wait to spend an eternity tog…My err’ything, the best part of me..Am just the luckiest to have wished you into my reality @nambiar13

Her wedding was attended by family and close friends including Mandira Bedi, Aashka Goradia, Meet Bros Manmeet Singh with his wife, Arjun Bijlani, and Rahul from DID fame among others celeb buddies.

Suraj is a Dubai-based businessman and banker. He hails from Bangalore and studied investment science and International Management at Stanford University.

On the work front, Mouni will be seen in the upcoming film Brahmastra co-starring Amitabh Bachchan, Ranbir Kapoor and Alia Bhatt which will be released on September 9. It has been helmed by Ayan Mukerji.

News Next Desk - January 31, 2023 0
China's economic activity saw a growth in January and its factory activity expanded after four months of contraction, official data showed Tuesday. The economy...
%d bloggers like this: