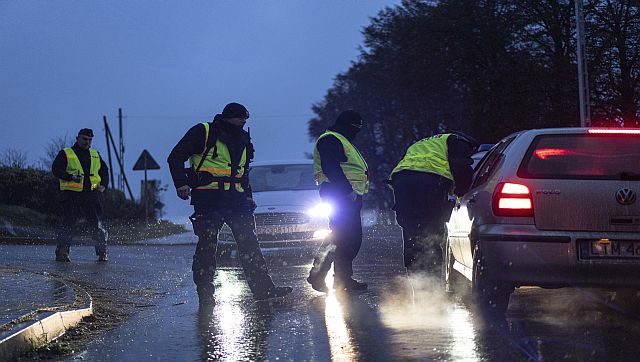 One of the most persistent fears about Russia’s invasion of Ukraine in February 2022 has been the potential for the war to ramp up dramatically in scope.

Those fears are legitimate, especially given the bellicose rhetoric and brinkmanship emanating from the Kremlin. And although concerns about nuclear escalation have dominated the headlines, the surest path to a bigger war would be an attack — inadvertent or otherwise — on a NATO state.

If NATO members were drawn in, that would bring about what Kremlin propagandists have been promoting for months: an existential contest between Russia and the European West.

Now, a large explosion has killed two people in the Polish village of Przewodów, close to the Ukrainian border. It occurred during a massive Russian bombardment, with around 100 missiles fired at civilian and infrastructure targets across Ukraine.

Is this the tipping point that dramatically changes the contours of the war?

For the moment, that seems unlikely. But it is a significant crisis with the potential to spiral further, and it will require careful management to avert that.

Does this mean the war is widening?

It was certainly the case that Article 5 was invoked after the 11 September attacks on the US in 2001.

Indeed, there is some preliminary evidence that missile fragments bear close resemblance to the Russian-made S-300 surface-to-air systems used by Ukraine to knock down incoming cruise missiles and enemy aircraft.

Even if that is the case, it’s worth remembering that nothing would have happened if Russian forces hadn’t been enthusiastically shooting missiles at Ukraine in the first place.

It’s also important to note that Article 5 isn’t black and white. Indeed, having flexibility and room for interpretation is probably a good thing in this case. Poland is highly likely to invoke Article 4 of the treaty, requesting an urgent meeting of the alliance to report an attack on its territory.

Warsaw may well push for an Article 5 response at that meeting, seeking collective action from the alliance. But that response can be graduated up to and including military force. It is not an automatic trigger for it. 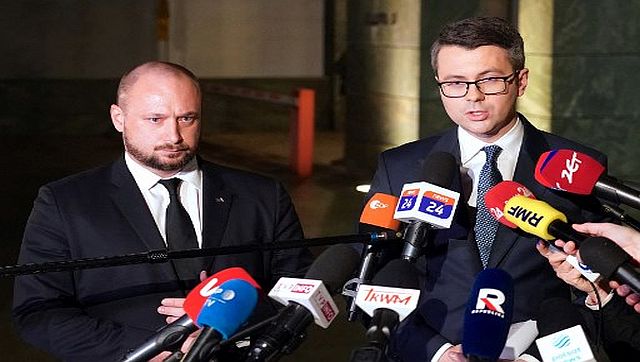 For its part, the Kremlin and its obedient media have predictably trotted out a number of bizarre claims. The main line seems to be that the missile was a deliberate attack by Ukraine to draw NATO into the conflict, although Russia Today’s chief propagandist Margarita Simonyan has wildly speculated that it was a British missile, or that Poland attacked itself to bring about a larger war.

These can all safely be discounted as false flags intended mainly for a domestic audience.

Nobody but the most ardent Putinverstecher (German for “Putin sympathiser”) in the West will believe them.

There is certainly no incentive for Ukraine to jeopardise its vital armaments lifeline with the West with a preposterously risky gambit to make NATO a combatant.

On the contrary, Ukraine’s armed forces are doing just fine without NATO involvement. The string of humiliating Russian defeats, up to its most recent retreat from Kherson, has demonstrated that very clearly.

So, what is NATO likely to do?

A range of options will be on the table. NATO’s response will need to be carefully calibrated to ensure it is seen as acting decisively but not provocatively.

That may seem overly cautious given it was a NATO member that has suffered an attack, but Western military planners will be keen to avoid feeding Kremlin conspiracy theories about NATO being a de facto combatant.

At the same time, the West will want to demonstrate to Russian president Vladimir Putin that it will not tolerate death and destruction on the territory of NATO members as a result of a war that Putin bears the sole responsibility for starting.

And, finally, the NATO response will need to satisfy Warsaw to maintain alliance confidence: particularly since its leaders, including US President Joe Biden, have gone on record with statements committing them to the vigorous defence of NATO members.

Indeed, the credibility of the West — that it stands by its friends and honours its commitments — is just as important for how it is perceived beyond Europe as within it.

To achieve that, NATO will clearly need to do more than just issue a strongly worded protest note, along with additional sanctions on Russia.

These may ultimately be part of the response package, but there will also be pressure for more concerted action, such as increasing NATO’s military presence in Poland and performing more combat patrols.

That would be a measured response, and it would be consistent with NATO’s geopolitical trajectory since the war began, with Warsaw now assuming a prominent place among the alliance’s members.

There are also other steps that are likely to be considered.

For some time, Ukraine’s president Volodymyr Zelenskyy has been requesting advanced air defence systems from the West.

He is now likely to get them.

At the very least, this episode will strongly bolster his arguments that Ukraine deserves the means to protect its citizens.

What about other measures?

Is it now the time, for instance, for NATO to enforce a “no-fly zone” in Western Ukraine? Perhaps. Earlier in the war, the idea was rejected as too escalatory and difficult to manage, especially since safeguarding humanitarian corridors for refugees were also part of the discussion.

But with the tide of the war turning in Ukraine’s favour, NATO’s more risk-averse members might endorse a limited use of air defences against Russian missile strikes that are targeted close to Ukraine’s borders with NATO states.

Conversely, of course, NATO’s leaders might deem that a step too far at a time when Ukraine is winning the war in any case.

For Putin, though, some degree of NATO response is now inevitable. Being able to bluster once again about Russia’s struggle against a satanic and morally bankrupt West is unlikely to bring him any comfort.

His indiscriminate missile strikes have been laid bare as a tactic of the weak. They will harden Western resolve and make its leaders far less inclined to put pressure on Kyiv for a negotiated settlement.

And they will hasten the moment when Putin finally learns a core lesson about wars: those who start them only rarely emerge as victors.