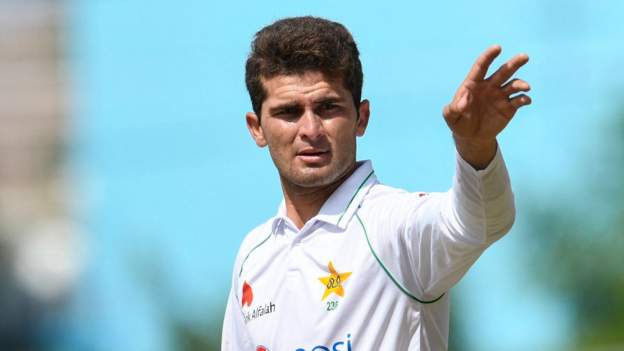 Pace bowler Shaheen Afridi has left Middlesex to return to Pakistan ahead of their series against West Indies.

The 22-year-old left-armer, who signed as an overseas player this season, was due to leave Middlesex in early June to represent his country.

But he has instead left with immediate effect to rest and spend time with his family before the series.

Afridi has featured in Middlesex’s County Championship wins over Glamorgan, Leicestershire and Sussex.

He has taken 14 wickets at an average of 25.43, helping Middlesex to the top of the Division Two table.

Afridi, who has already played 42 Tests and made 70 appearances in limited-overs formats for Pakistan, is due to return to the county following his international commitments and will be available for the later stages of the T20 Blast.

“Shaheen has played international cricket in all three forms of the game already this year and came to Middlesex off the back of a busy playing schedule, so we are fully understanding and supportive of his request to go home and recharge ahead of him representing his country,” said Alan Coleman, Middlesex’s head of men’s performance cricket.”