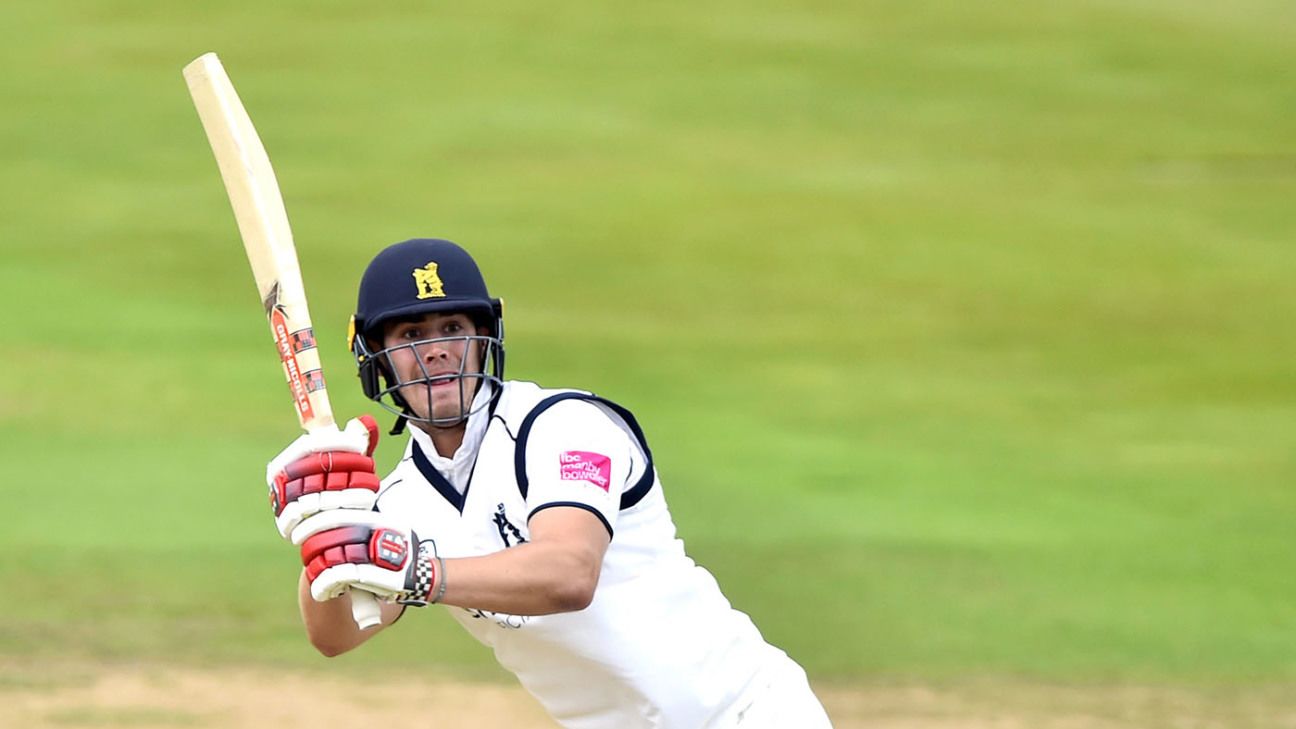 Legend has it that Nottinghamshire used to shout down the pit when they needed a new fast bowler. Modern-day Warwickshire take a more genteel approach when they want a wicketkeeper, driving down to Sussex to find a gloveman in search of opportunity. But genteel was hardly the word as Michael Burgess was flaying the Essex bowlers around Edgbaston Twenty20 style.

Tim Ambrose served Warwickshire manfully from 2006-19, scoring over 8,000 runs with 14 first-class hundreds after leaving Hove when Matt Prior stood in the way of the cricket he wanted. For Prior read Ben Brown and for Ambrose read Burgess, whose 170 from 217 balls represented a second successive century for his county and helped to turn an even position into one of significant advantage.

Having slipped to 124 for 5, with the Essex pace attack bowling as well as they had on Thursday evening but for greater reward, Warwickshire again took the initiative in the hour after lunch when Burgess and Matt Lamb scored the bulk of their 113 runs for the sixth wicket. This merely proved the trailer to red-blooded events in the final session.

The game turned sharply when Sam Cook struck Liam Norwell on the right side of the head with a short ball, leaving the batter distinctly unsteady when he got to his feet. A quick assessment confirmed that he was in no state to continue and although a club spokesman said that tests in the dressing room were positive, Norwell was driven to hospital as a precaution.

Burgess stood on 88 at this point and the sight of Oliver Hannon-Dalby walking to the middle brought memories of the previous game here, against Surrey, when the lanky last man not only shepherded Burgess to three figures but remained in for long enough – taking a record 94 minutes to get off the mark – to enable his teammate to score 178.

Hannon-Dalby had barely taken guard this time before Burgess hit three fours in a row off Mark Steketee. It felt strange that the centurion should suddenly then quieten down, and that Hannon-Dalby remained virtually strokeless despite being hit three times on his front right shoulder. All was revealed, however, when he pushed down the wrong line to Simon Harmer for a 32-ball duck.

Out walked Craig Miles as a concussion substitute for Norwell, prompting Burgess to resume his belligerence. Miles had begun the day with a radio stint at the ground but returned home in the afternoon thinking his work was complete. When Norwell was hit, the club phoned urging him to return and sent out a message to Burgess and Hannon-Dalby telling them to hang in risk-free until Miles arrived.

Where the perky little Ambrose was known for dibs, dobs and a clinical square cut, Burgess now stood tall, using his muscles to slug and club. Matt Critchley’s wrist-spin went for 24 in an over and even with all men bar the keeper on the ropes, as strong winds billowed, Burgess found a way to heave Steketee beyond deep square leg. The fielder lost sight of the ball; it seemed that Essex had lost sight of a plan. When Burgess succumbed attempting to ramp the Australian, Warwickshire’s lead stood at 217.

As the clock ticked beyond six, it was hard to recall how perfectly Essex had started the day. Shane Snater prompted Dom Sibley to tickle the first ball behind and drew further reward when Harmer reacted smartly to take an overhead catch at first slip, Will Rhodes slashing hard to his doom. Sam Hain and Lamb needed all of their judgement to resist Snater and Sam Cook, the best of the bowlers overall.

When Hain worked Cook off his legs he gathered only a second four in 89 balls, but for all his caution it came as a surprise when he edged Steketee to a ball that might have brought him further forward to defend. Lamb used the full width of his bat and hung in gamely while Burgess played himself in, the passage appreciated by a crowd that was better than a sweep of the stands would indicate. The Dollery Suite serving Friday’s fish and chips with central heating and a view of proceedings was packed.

Just as Warwickshire turned the contest after the break on Thursday, so they did so again. Lamb and Burgess raised the tempo noticeably and quickly passed Essex’s below-par 168. Lamb looked a different player, fluent and confident, and it was not until the second new ball that he fell for 71 to a fine, full one from Cook. But, having repelled the immediate threat, Burgess started to find a wider range. And how.

Finally, as if to underline the turnaround, Nick Browne fell to what proved the last ball of the day for a duck, caught in the slips attempting to leave Hannon-Dalby. The bowler seemed unhindered by the bruises he had taken Brian Close-like an hour or so earlier.

Video: Inside the Final Days of the Doctor China Tried to...

News Next Desk - October 6, 2022 0
The latest version of Windows 11 continues its rocky launch as new features are currently rolling out to the preview channel at the same...
%d bloggers like this: