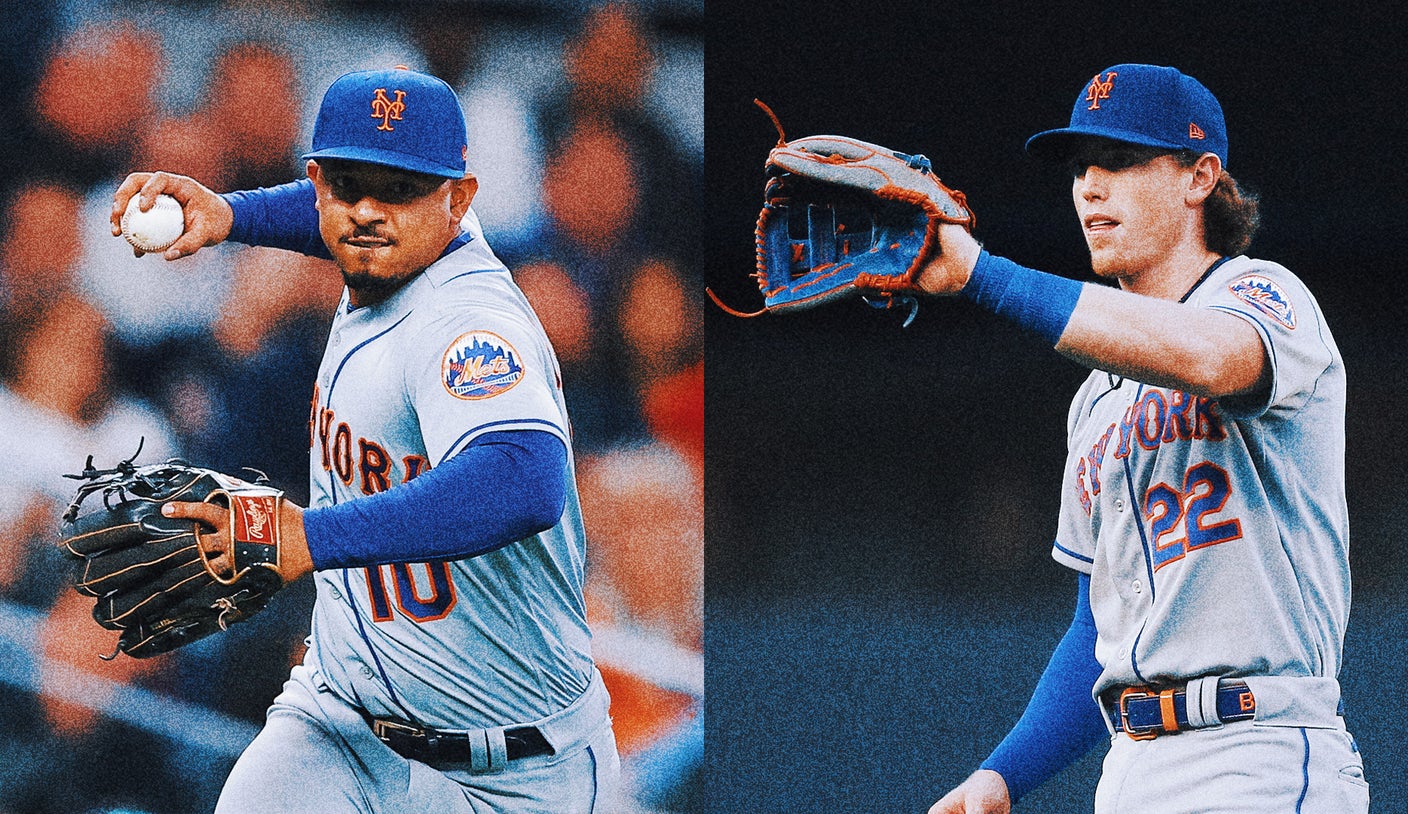 Can the New York Mets count on veteran Eduardo Escobar to bounce back from his debut season in Queens? Has rookie Brett Baty earned the opportunity to be their starting third baseman?

These are the questions lingering in the Mets front office as the team prepares for what is shaping up to be a competitive spring training — particularly for the third-base job. After the Mets’ deal with Carlos Correa fell through for the same long-term ankle-related medical concerns that the San Francisco Giants had about the star infielder, clearer paths opened up for Escobar and Baty. In some ways, the aftereffects of the Mets-Correa saga provided more clarity for the club’s roster as it currently stands.

The Mets will head to Port St. Lucie in less than three weeks with Escobar as their starting third baseman. In their eyes, the 34-year-old infielder from Venezuela is better than the inconsistent season he put together last year. Never mind that, according to FanGraphs’ 2023 ZiPS projections for Escobar, he is expected to ever-so-slightly diminish in his production. His 106 wRC+ in 2022 is projected to drop to 100 this year. His 2.3 fWAR is expected to plummet to 1.4 in the coming season.

But, keep in mind, these are microscopic concerns. Escobar is a league-average player and, though he’s not as flashy of a name as Correa, the Mets’ situation at third base is hardly catastrophic.

The front office made significant moves this offseason by replacing Jacob deGrom with Justin Verlander, adding veteran southpaw Jose Quintana, signing Japanese right-hander Kodai Senga, ensuring closer Edwin Díaz stays in Queens, and re-signing leadoff man Brandon Nimmo to a long-term deal. Correa would have put the Mets over the top, but he was by no means an urgent or vital addition for them at third base in the way that most of their other crucial signings were necessary in hopes of repeating their 101-win season.

Reading the tea leaves, Eppler all but confirmed that Baty, the club’s No. 2 overall prospect according to MLB Pipeline, is expected to start the season in Triple-A. Baty, 23, will still receive ample opportunity to compete for the third-base job come spring training, especially since Escobar will be absent from camp while he plays for Venezuela in the World Baseball Classic. But, the way Eppler and other Mets brass see it, Baty was called up last season out of necessity.

Escobar went on the injured list with an oblique strain last August at the same time super-utility infielder Luis Guillorme was sidelined for a month with a groin injury. With few options remaining, the Mets called up Baty for his MLB debut. At the time, Baty was coming off a fresh six-game promotion to Triple-A Syracuse. Take away the injuries to Escobar and Guillorme and the Mets would’ve preferred for Baty to get more reps with Syracuse before reaching The Show. Though he spent less than a week in Triple-A, Baty made an immediate impact for the Mets by crushing his first career home run in his first big-league at-bat. But he started just 11 games at third base before sustaining a thumb injury that required surgery and ended his season.

With the thumb injury now behind Baty, the ideal situation for the Mets would be to platoon Escobar and Baty at third. The switch-hitting Escobar is better against left-handers (compare his .681 OPS against righties in 2022 to his .817 OPS against southpaws), and the lefty-hitting Baty posted a .988 OPS against righties across 88 games for Double-A Binghamton. Even if Baty starts the year in Triple-A, there is room for him to become a key piece of the Mets roster at some point in the season.

For now, the Mets are more comfortable running Escobar back out at the hot corner. The club believes his uneven production last year was at least in part due to off-field and private family-related issues. Escobar, who immediately became a clubhouse leader for the Mets in his first year with the team, got out to a solid start in April before fizzling out to a combined 64 OPS+ in May and June. He roared back in July, cranking six home runs and posting a .706 OPS during that hot summer month, only to come crashing down, oblique injury and all, in August.

What gave the Mets the most reason for optimism regarding Escobar’s future with the team was the way he ended last season. His terrific September production — eight home runs, 25 RBIs, 12 walks, four doubles and a triple amounting to a .982 OPS over his final 30 games — earned Escobar his first career Player of the Month award. It was a peek into the type of successful player he can still be when off-field issues and injuries are behind him.

Mets manager Buck Showalter has a soft spot for Escobar, who frequently confided in the skipper last year during those times of frustration. Escobar’s immediate significance within the Mets clubhouse combined with his numbers, when healthy, have in the organization’s viewpoint earned him the opportunity to try to repeat that September production. With Baty hungrily competing for a permanent spot on the big-league roster, it should only add more fuel for Escobar to keep his foot on the gas.

Deesha Thosar is an MLB writer for FOX Sports. She previously covered the Mets as a beat reporter for the New York Daily News. Follow her on Twitter at @DeeshaThosar.