Home Sports Messi vs. Ronaldo: Who will be more impactful at World Cup 2022? 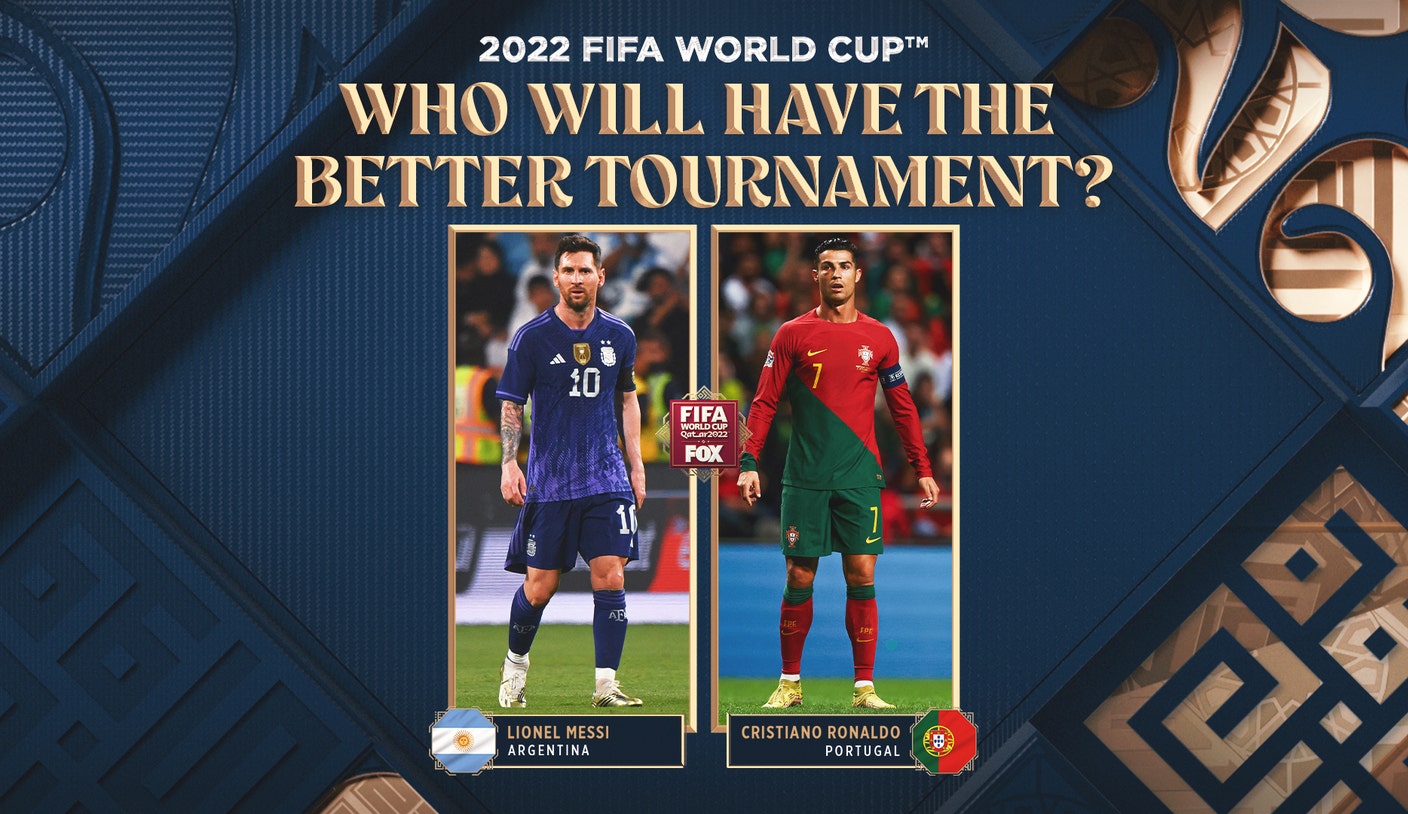 The 2022 FIFA World Cup will be the last international tournament for Lionel Messi and Cristiano Ronaldo, arguably the most debated players in soccer history. Both players have the surrounding talent to go out with a bang, but which will have the biggest impact on their team in Qatar?

Does Messi have the team to win the World Cup this year?

Doug McIntyre: Yes. After years of carrying Argentina on his back and a series of near-misses — the Albiceleste reached three consecutive finals (one World Cup, a Copa America and the Copa America Centenario) between 2014-16, only to lose them all). But something changed last year when Messi won his first title with Argentina. He now has a supporting cast around him — Emiliano Martínez, fellow forward Julián Álvarez, midfielders Rodrigo De Paul and Giovani Lo Celso and young defender Nahuel Molina — that doesn’t seem burdened by that history of failure. This is Messi’s last chance to win the big one. But it might be his best one, too.

Martin Rogers: For once, this is the wrong question. It used to be about whether he had enough support for his brilliance — and the answer was always no. Now it is about whether Messi personally has enough left to add the extra sparkle to a stacked Argentina squad.

Carli Lloyd: With newly appointed manager Lionel Scaloni he has built a system that appreciates and enhances each player’s quality while still ensuring collective success. He has a blend of experienced players plus new promising young talent. They seem to have their sense of identity now, and it will require Messi to be at his absolute best with this most likely being his last World Cup.

Aly Wagner: I think he does have the team to go the distance. I think what we saw in Copa America was the value of team chemistry and those intangibles making the difference. This time, the pressure’s not just on him to score; it feels like there’s more balance in the squad than ever; it feels like other players are willing to take no responsibility and not just pass it up to Messi. I think their back line is more solid with Cristian Romero in there, I think they have a goalkeeper that’s capable of big saves, I think you’ve got a balance in the midfield. I think that they absolutely can lift the trophy and I think the pressure, in a way, is off of them from winning Copa America. They can just play a bit more free and that’s when they’re at their best.

Chad Ochocinco: Messi does have the team to win the World Cup. They just can’t put it all on his shoulders.

Kelly Smith: Yes, although this is more because Scaloni’s system is superbly geared to getting a lot from Messi without expecting him to do everything. This could be their tournament.

Messi is known for his finishing, passing, technical ability and ranks No. 2 in Stu Holden’s Top 50 Players in the 2022 FIFA World Cup.

Maurice Edu: Yes, he does. We saw how he led this group to Copa America success and the way they were so united and motivated. I think this team is better balanced than previous Argentina teams and it showed in route to Copa America success. If they needed more motivation, Messi saying this will be his last World Cup provided that.

Cobi Jones: Yes, he does. He is surrounded by talent that can score, defend, and create. It will allow him to do special things. To create moments of magic.

Eniola Aluko: Yes! Argentina has a brilliant squad with a lot of top players in form for their clubs including Messi. Argentina is unbeaten in 35 matches and will take a lot to beat. This could be the year Argentina win the World Cup.

Warren Barton: Yes. They’ve got a bit of an X Factor. Since they won Copa America, he’s got that big question mark off of his back, which shouldn’t have ever been there because he’s arguably the best player we’ve ever seen — he’s a gift from God. From that point of view, this would just cement him as that. I think he has every aspect — he’s got that back line now. They were always so top-heavy going forward, but I think they’ve got a good balance now with the players they’ve got.

[Messi and Ronaldo’s last dance is a battle over legacy]

McIntyre: Yes. As much as Ronaldo has struggled during a drama filled season with Manchester United, he’s still a starter, the captain, and the focal point of a Portugal attack that has been built around him for the better part of 20 years and knows exactly how to get him the ball. With the right service, Ronaldo can still score, and playing in front of a global audience for the final time could well bring out the best in him.

Rogers: Ronaldo is not in the best of moods these days, just ask Manchester United. But he has sometimes used club-level drama as fuel to shine for the national team. I think he will have a big tournament.

Donovan: Somewhat but not like they could in the past. Don’t be surprised if they don’t advance out of the group.

Lloyd: Ronaldo will still score goals, but the unknown will be how well he can put away his chances with seeing limited consistent minutes for Manchester United this season.  Portugal are still good without Ronaldo on the field.  If Ronaldo is playing and capitalizing on his scoring opportunities he can certainly add value.

Ronaldo is known for his finishing, technical ability, aerial ability and is No. 4 on Stu Holden’s Top 50 players in the 2022 FIFA Men’s World Cup.

Chad Ochocinco: You can always count on Ronaldo. I expect CR7 to do what he always does and take his team far.

Smith: If his season with Manchester United is much to go by, then it’s hard to say that with any certainty. Ronaldo will still pose a threat, but is he capable of sustaining the work-rate required for 90 minutes? That said, he has a track record of delivering for Portugal when it counts.

Edu: Yes, he does. We saw how he led this group to Copa America success and the way they were so united and motivated. I think this team is better balanced than previous Argentina teams, and it showed in route to Copa America success. If they needed more motivation, Messi saying this will be his last World Cup provided that.

Jones: Yes, to be a star. Not to do it all. I expect CR has something to prove and may be a problem for all his opponents.

Eniola Aluko: Yes, Cristiano can still score goals and will want to show the world he remains the best despite his troubles at Manchester United. It will be interesting to see if he starts or comes off the bench, but I doubt for Portugal that Ronaldo will accept anything less than being the focal point of the team.

Barton: They can, but I’m not sure whether it’s going to happen this time. I think there are a lot of things going on in his life and the group that they’re in is not an easy group.

News Next Desk - December 3, 2022 0
New Delhi: A young woman in Greater Noida teamed up with her lover to allegedly murder a shopping mall worker who physically appeared similar...
%d bloggers like this: