Home Tech & Gadgets Messi breaks another record after winning FIFA World Cup; This one is... 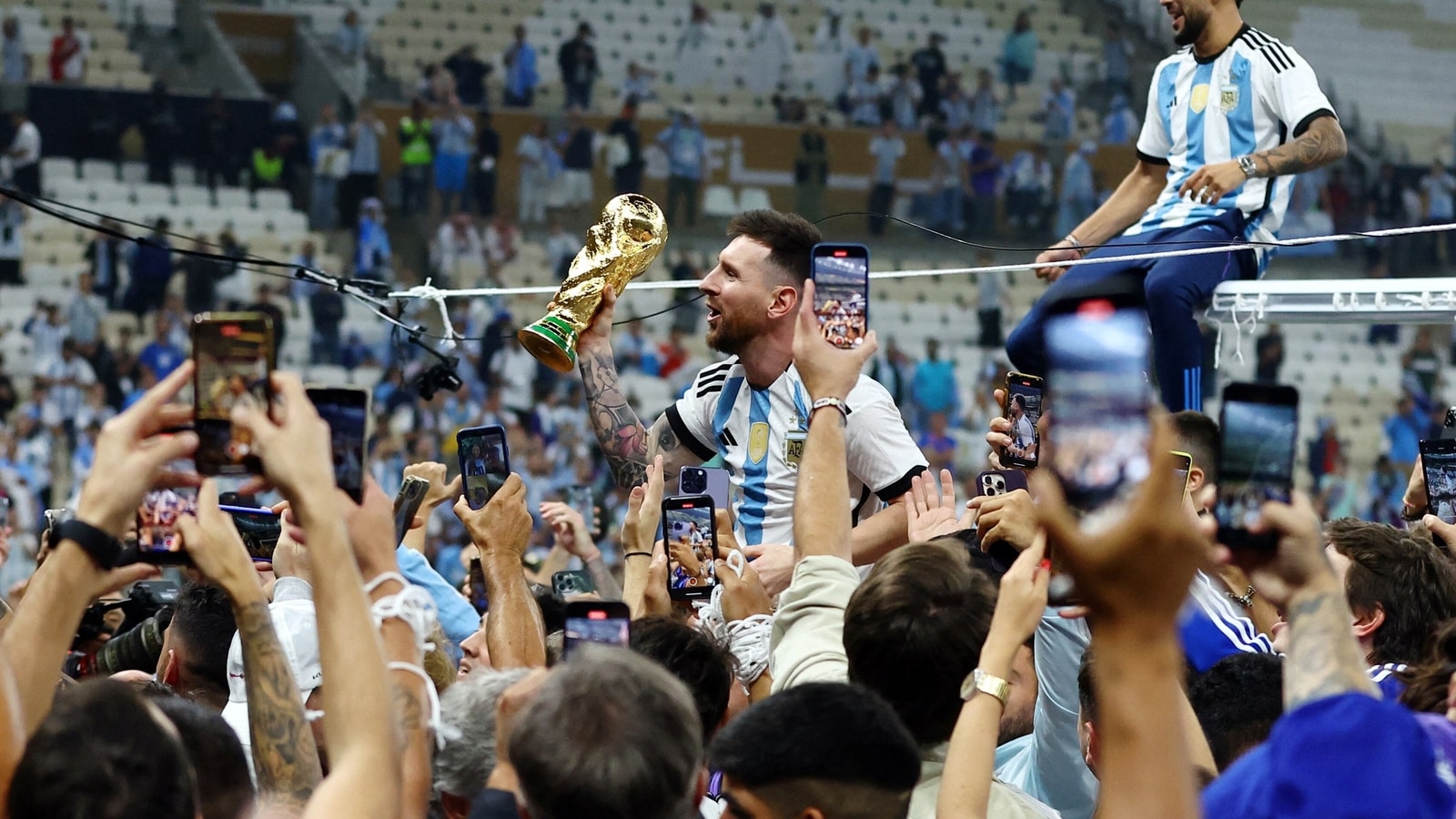 Lionel Messi with his latest post on Instagram has grabbed the most number of likes. Here are all the details.

Lionel Messi has claimed another record to his name after Argentina’s successful FIFA World Cup campaign. This new record is, however, off the soccer pitch and in the realms of Instagram. Messi’s recent post celebrating his World Cup win has garnered the most number of likes on Instagram. In fact, Messi’s post has surpassed the popular post of an egg that had previously grabbed the most number of likes.

Messi had posted a carousal of photos from his winning moments of the final match at the FIFA World Cup 2022. The post as of now has garnered almost 69.5 million likes, which is the highest for any Instagram post. Prior to this, Chris Godfrey’s post of an egg had garnered total likes of 56 million. Note that this was a social experiment done back in January 2019.

“”World Champions! I dreamed of it so many times, I wanted it so much that I still can’t believe it… Thank you very much to my family, to all who support me, and also to all who believed in us,” Lionel Messi wrote in the post.

“We demonstrate once again that Argentines when we fight together and united we are capable of achieving what we set out to do. The merit belongs to this group, which is above individualities, it is the strength of all fighting for the same dream that was also the dream of all Argentines… We did it!” he added.

Messi’s follower count has also increased dramatically after the FIFA World Cup finals. He had a total of 376 million followers prior to the World Cup but as of now, his follower count stands at 406 million. That puts him right behind fellow football star Christiano Ronaldo, who has a total follower count of 519 million, which also makes him the most popular athlete on Instagram.