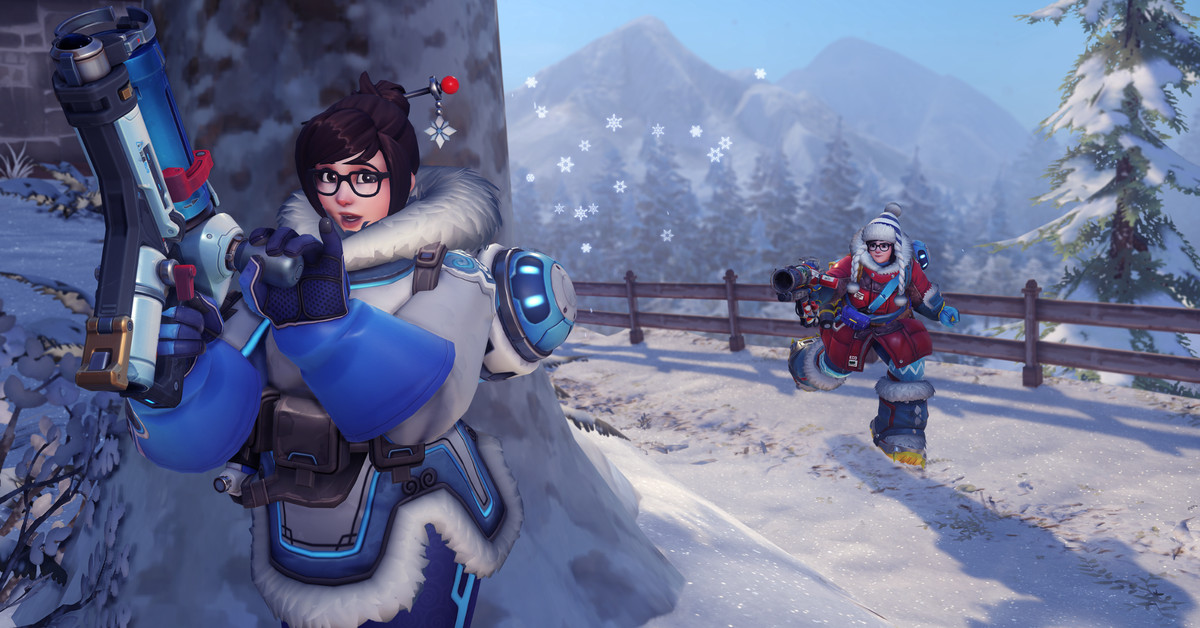 Everybody mark your calendars: instead of the Christmas holiday season, it’s gonna be Mei. After a brief hiatus to fix a glitch that allowed Mei’s ice wall to boost players to places they shouldn’t be, today’s Overwatch 2 update added her back to the game alongside a host of other hero tweaks and bug fixes.

In addition to releasing feral Mei mains back onto the general, unsuspecting public, several heroes, including two current meta-defining characters — Genji and Zarya — are also getting hit with the nerf bat.

Zarya’s barriers provide herself and her allies with protection while also empowering her by sucking up all the absorbed damage to juice up her beam weapon. The duration of her barrier abilities has been decreased from 2.5 to 2 seconds, forcing Zarya players to think a little harder about when they deploy those shields.

Genji’s update gives him fewer shurikens to throw at you and also makes them less hurty, but unfortunately, there is no change addressing the typical Genji player’s need to spam the “I need healing” emote.

In addition to hero changes, Blizzard also shared an update on changes it’ll be making to Overwatch 2’s battle pass, hoping to mollify players upset that now, there are few ways to obtain the game’s pricey ($15 and up) character skins.

“In Season 2, we’ve changed up our rewards a bit so that each event has a skin you can earn by playing,” wrote executive producer Jared Neuss in today’s developer update. According to Neuss, there are more changes to the reward system coming for season 3 and beyond, and Blizzard will share more details as the newer seasons approach.

Finally, SMS Protect — Blizzard’s anti-cheat program that launched with disastrous results — is back with some significant changes. The program, designed to make it harder for banned players to return to the game by requiring accounts to register a phone number, initially did not allow for the registration of prepaid cellphone plans locking out millions of users in the US and internationally.

Now you only have to register a phone number if you’re playing on a brand new Overwatch 2 account, and prepaid mobile accounts are eligible. However, there are some restrictions — VoIP and Wi-Fi phone users are still not permitted — which you can get the details of here.

The Overwatch 2 launch has been rough going these several weeks as all the growing pains of launching a brand-new game surface before being summarily (hopefully) ironed out. Season 2 is around the corner, and with it comes a new hero.

News Next Desk - December 5, 2022 0
New Delhi: Priyanka Chopra, who has been inspiring millions with her satorical choices, set the temperatures soaring in her bright yellow swimsuit. Taking to Instagram,...

News Next Desk - December 5, 2022 0
Barry Bonds, Roger Clemens and Curt Schilling were passed over by a Baseball Hall of Fame committee that elected former big...

‘RRR’ above Spielberg’s ‘The Fabelmans’ in ‘Rolling Stone’ 22 Best Movies...

News Next Desk - December 5, 2022 0
New Delhi: As 'RRR' emerges as an Oscars season favourite across America, with the Pakistani Punjabi film, 'Joyland', giving it close competition, the influential 'Rolling...

News Next Desk - December 5, 2022 0
Samsung Electronics said on Monday that it will retain the positions of its current two CEOs going forward.CEOs JH Han and Kyung Kye-hyun will...

News Next Desk - December 5, 2022 0
Lance Morris, the Western Australia pace bowler who is rated the quickest bowler in Australia, has been called up into the squad alongside Queensland...
%d bloggers like this: