Home World Mead out for ‘extended period’ with ACL injury 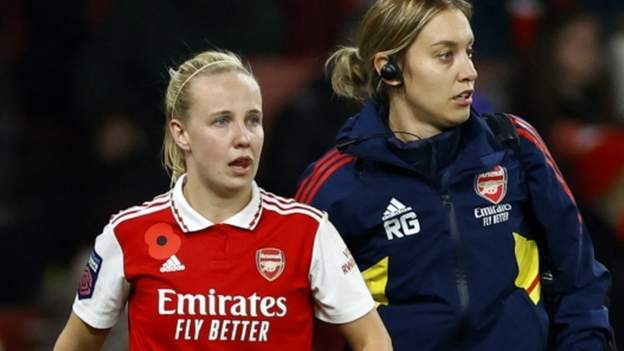 England forward Beth Mead will be out for “an extended period” after suffering a ruptured anterior cruciate ligament, her club Arsenal said.

She will see a surgeon in the coming days, after which further details on timescales will be established.

She was also voted BBC Women’s Footballer of the Year and was runner-up in the 2022 Ballon d’Or.

“Everyone at the club will now be supporting Beth and working hard to get her back on the pitch as soon as possible,” Arsenal said in a Arsenal statement.

The Gunners are second in the Women’s Super League after playing seven games, with Mead having scored three goals and provided a team-high four assists.

Mead won her 50th cap for England during their 4-0 friendly win over Japan earlier this month and she has scored 29 goals for the Lionesses.