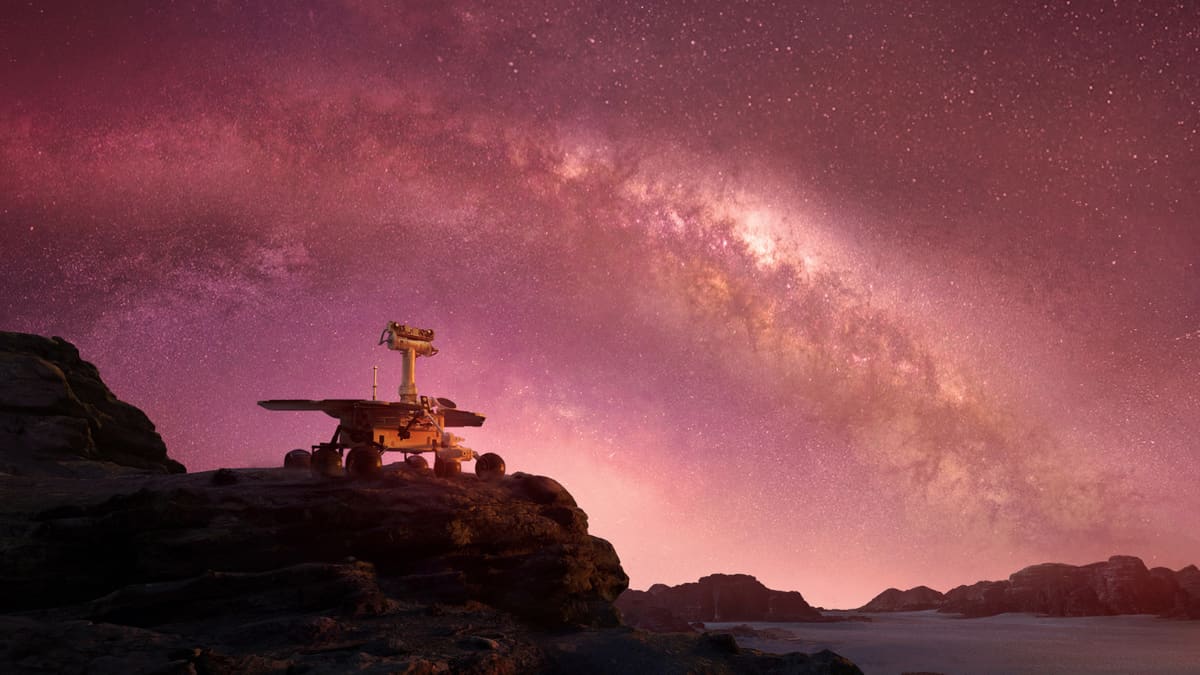 ‘Good Night Oppy’ is a documentary film on Opportunity, the titular NASA Mars rover that was supposed to roam the Red Planet for just 90 sols or solar days (translate roughly to 92.5 Earth days) but ended up spending 15 earth years. The rover, whose objectives were to find out potential evidence of life, present or past, on the planet, analyse its geology and climate, and so on. The documentary, co-written and directed by Ryan White, uses pensive music, computer-generated visuals (designed by the wizards at Industrial Light & Magic), and archival footage to recreate the journey of the cute, WALL-E-like robot that almost assumed a kind of life of its own, despite basically being a lifeless piece of metal come alive by the magic of technology.

Often referred to as “she” as though it were a close friend or a beloved pet by the NASA scientists and not a machine, Oppy proved to be invaluable in her decade-and-half journey across the harsh, desolate, and windy surface of Mars with its cratered terrain and forbidding climate.

The documentary perfectly captures what we find alluring about the universe. It’s that with earth, there are few corners, if any, that are left unexplored. But we have hardly begun with the universe, and it may be several lifetimes before we make significant headway even out of our solar system — let alone the wider known universe. Until then, it is Mars that is the current centre of attention of cosmologists. It beckons us towards itself and challenges us to uncover its secrets. If life, or evidence of it, can be found on the planet, it can help us learn more about why the earth is the only place that is so friendly to living beings.

WION spoke to White and NASA scientist Doug Ellison about the documentary, Mars missions, and whether colonisation of the planet as proposed by people like Elon Musk is a good idea.

Here are excerpts from the interviews: 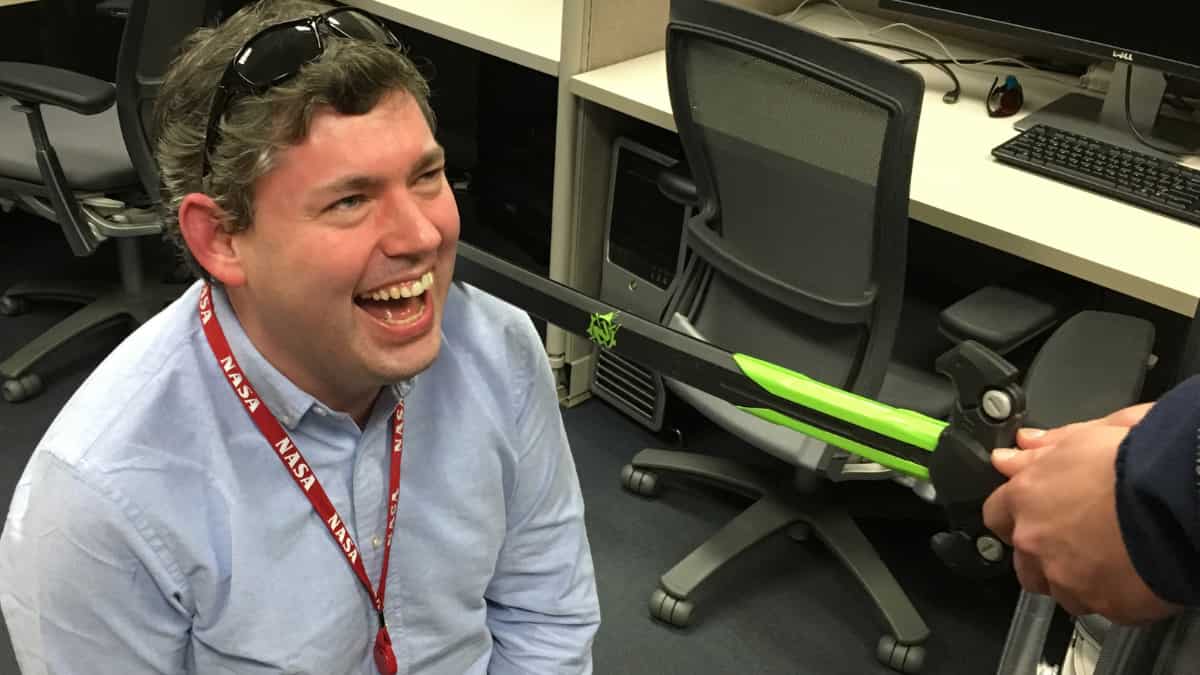 Q. Hi Doug, the documentary was absolutely fascinating. I was wondering how were you involved in the mission.

A. So as well as helping operate some of the cameras on Opportunity, I have a long history of working with some of the data from these rovers. And so when we heard that this documentary was going to be made, Industrial Light and Magic actually reached out and said, ‘Where’s the best orbital data that we can use?’ And so I walked them through where to find some of the data from our rovers and from our orbiters as well. And remarkably, the data they use to recreate the visuals in the movie is the data that anybody anywhere in the world can download.

Q.  So, space exploration is an inherently interesting subject. I mean, we all have read about interplanetary species in science fiction novels and movies. So do you agree with people like Elon Musk, that we should colonise Mars and that humans should be interplanetary? I mean, is it worth doing?

A. I think we have a huge amount to learn just by engaging in the kinds of projects that send humans into space and beyond. We have a huge amount to learn about Earth and ourselves and technology by embarking on the kinds of projects that will send humans to the moon and to Mars. Mars is a really unpleasant place to really be, you know. It’s successfully killed a whole bunch of spacecraft, Opportunity included. And so I imagine for a very long time, the kind of human exploration we’re going to have in somewhere like Mars… it’s going to be kind of like Antarctica, right? It’s going to be places where some scientists go for a few months to do science stuff, and then they come home again, because it’s such an unpleasant place to work. But I think we’re gonna be there, hopefully, in my lifetime.

Q. Do you believe those people who claim that Mars once had life? And then perhaps something went wrong with its atmosphere. Climate change or something similar. Any evidence for that?

A. So we know Mars used to be more habitable than it is now. And that’s kind of what Opportunity told us is that, thanks to the data provided, that Mars was significantly more habitable in the past. And I think that’s what’s so exciting about going and doing these missions… trying to find out the answer to those questions. 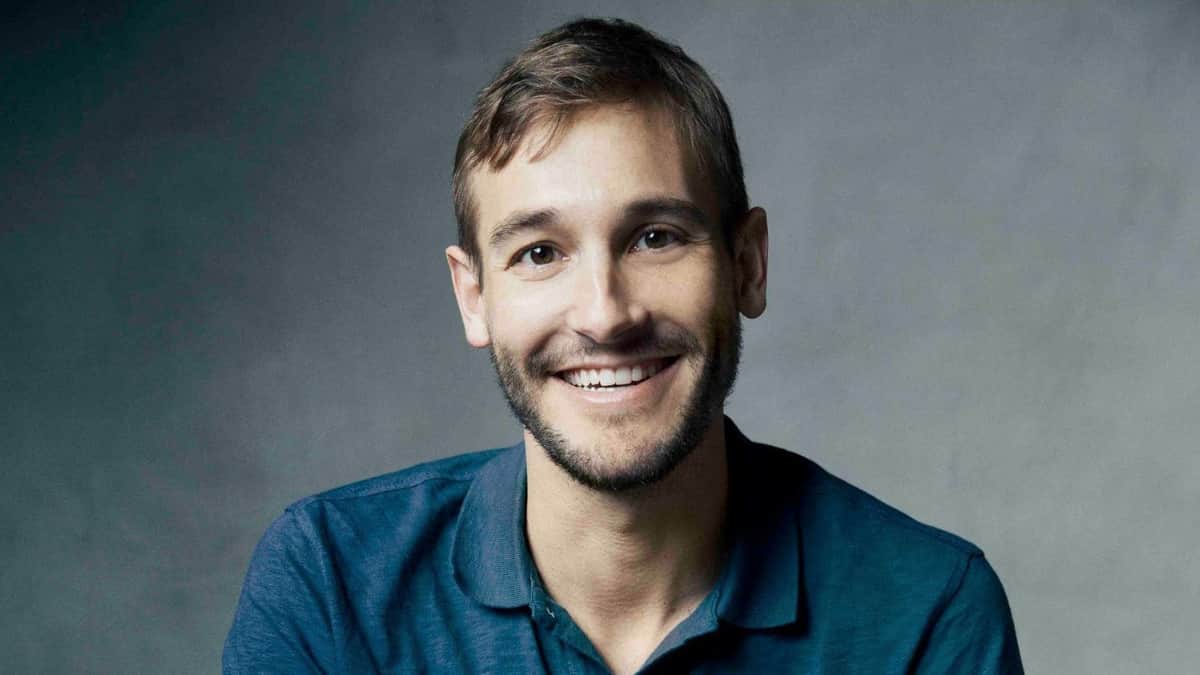 Q. How did this opportunity (pardon the pun) come about?

A. So I had dinner in March of 2020 with Film 45, which is Peter Berg’s company, and Amblin entertainment, which is [Steven] Spielberg’s company, and they pitched me the idea for this documentary about the little rover that was, you know, expected to last for 90 days, and exponentially outlasted that and lived for 15 years. And it was such a charming story to get to tell as a documentary filmmaker. So much of our work is about heavy subject matters, and they’re very important stories to tell. But this one felt like a unique opportunity to be able to tell a really heartwarming story about human achievement that could be very uplifting.

Q. The very concept of Space exploration is something that’s exciting to all of us, especially those who grew up on science fiction. How successful do you think Opportunity was in its objectives?

A. I feel like Spirit and Opportunity achieved their prime objective on their mission, which was to prove that water had once existed on Mars. They unequivocally proved that through their measurements and their journeys on Mars. Their legacy is in the technology that they are currently using to land rovers on Mars and Perseverance who’s the latest rover on Mars, her mission is to return with samples of rocks.

Q. So what was the biggest challenge you faced while making this documentary?

A. I think one of the biggest challenges was creating a photoreal Mars. You know, we had hundreds of 1000s of photographs from these robots, because they both have nine cameras that are taking photographs all day long. But we wanted to create a film where the audience felt like they were on Mars, with these rovers during the adventure and so we were so lucky that we were able to work with Industrial Light and Magic to bring a completely authentic and realistic Mars to life.

News Next Desk - December 9, 2022 0
The Chinese government decided to loosen its COVID-19 restrictions as part of the Zero Covid policy and the decision was lauded by global economic...

News Next Desk - December 9, 2022 0
Arjun Kapoor-Malaika AroraMalaika Arora gets trolled for dating a younger man but recently, she slammed trolls on her show 'Moving In With Malaika'. She...

News Next Desk - December 9, 2022 0
New Delhi: Udariyaan actor Ankit Gupta has been one of the main highlights in the Bigg Boss 16 season. From his good looks, calm and...