Home Entertainment ‘Managed to get some words of wisdom…’, says actress Sandeepa Dhar on... 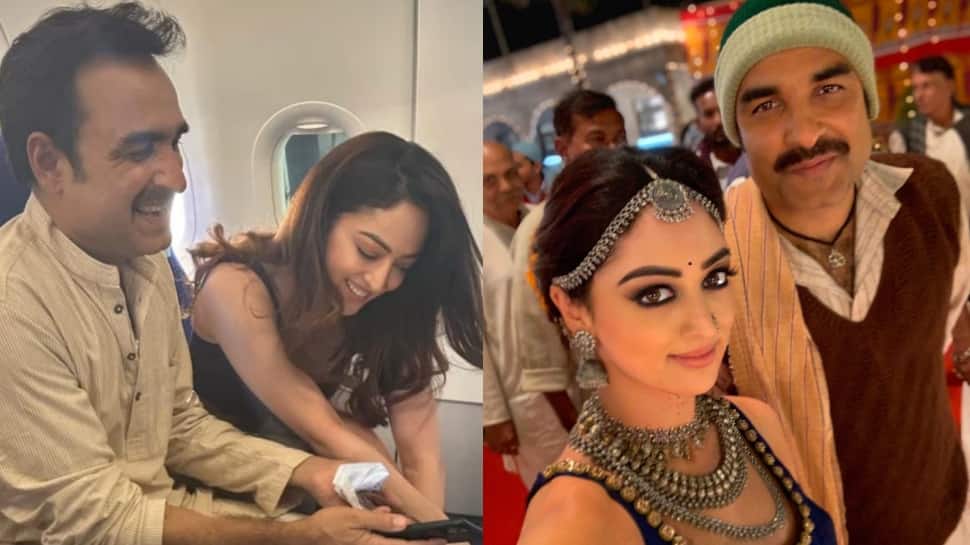 New Delhi: Sandeepa Dhar, who is not only an excellent actress but also a professional dancer, shared an adorable insight into her travel diaries as she bumped into her Kaagaz co-star Pankaj Tripathi on a trip to Indore last Saturday.

In another recently posted Instagram story with Tripathi, the actress shared “Managed to get some words of wisdom on life and acting from him. Hoping and Praying that talent is contagious. I hope that ‘yeh chooney se phaalta hai’ proves to be true in this case”. 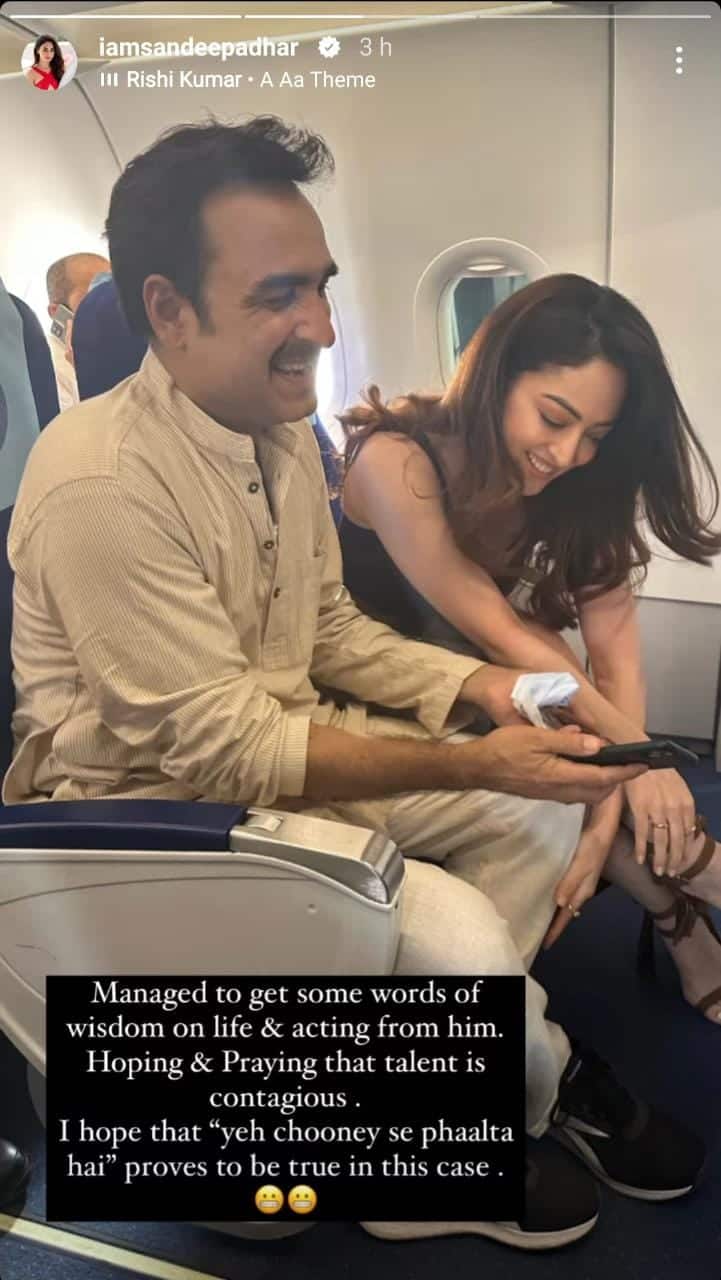 The pair was last seen together in the hit biographical comedy, Kaagaz, where Dhar made a special appearance in the song Laalam Lal, while Tripathi who played the protagonist was highly praised for his performance.

The actress has made a name for herself in the industry over the years with her remarkable performances. As a trained dancer, she lead the international musical ‘West Side Story’, performing more than 100 shows around the world. Amidst the same, she also continued to impress the Bollywood audience with interesting roles in films such as Heropanti, Dabangg 2, amongst others. It was during the lockdown that Sandeepa returned to India full-fledgedly to work in diverse shows like MumBhai, Bisaat, and Chattis aur Maina during the pandemic, marking her breakthrough.

Enjoying a phenomenal year, Sandeep Dhar has starred in three shows which were all received well. With very diverse characters in Netflix’s Mai, produced by Anushka Sharma, Tera Chhalava, and Imtiaz Ali’s show Dr. Arora, Dhar certainly showcased her versatility. Apart from acting, she is also known for her dance and expressions, with chartbuster songs like Ek mili Meinu Apsara with Bpraak,  Dua Karo with Pratik Sehajpal, and Ab Kise Barbaad Karoge with Asim Riaz.

Apart from impactful performances on screen, Sandeepa has also become a social media sensation with her dance videos. Keeping this social media presence alive, she is currently prepping for her upcoming projects, details of which are kept under wraps.