Home World Man from Japan spends Rs 12 lakh to look like a dog;... 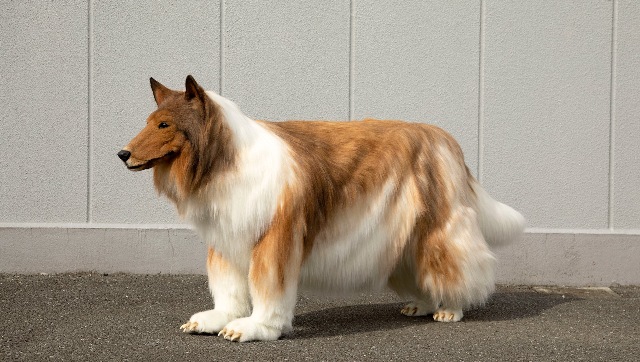 There have been instances where people spent millions of dollars to either look like a celebrity or even a Barbie doll but a man from Japan had one of his weirdest dreams fulfilled recently. His lifelong dream was wanting to look like an animal. Yes, you read that right! He spent Rs 12 lakh (which is 2 million Yen) to look like a dog.

Internet users were left shocked when Twitter user @toco_eevee shared his pictures in the new avatar. The transformation of Toko into a ‘collie’, a breed of dog, was made possible by renowned professional agency called Zeppet.

While speaking to local Japanese news outlet news.mynavi, the man said that long-haired dogs can sometimes mislead the human figure. So, he decided on Collie as it was also his favourite breed of dog.

“My favourite is quadrupedal animals, especially cute ones. Among them, I thought that a big animal close to me would be good, considering that it would be a realistic model, so I decided to make it a dog,” Toko told news.mynavi.

Furthermore, Zeppet created a customised “collie” costume for Toko to make everything look real. The entire costume cost around 2 million Yen and it took the agency 40 days to design it.

When Toko was asked if he could move his limbs freely, he said that he is able to do so but there are restrictions to it. He also asserted that if he moves too much, he will not be able to look like a dog.

Toko, who has his own YouTube channel also shared a video of himself in the costume. In the now-viral clip, Toko can be seen acting like a dog, rolling over for belly rubs and lifting his paws.

Reports state that Zeppet has been creating sculptures for commercials, movies and other amusement facilities. They also make costumes for television as well as famous mascot characters in Japan.