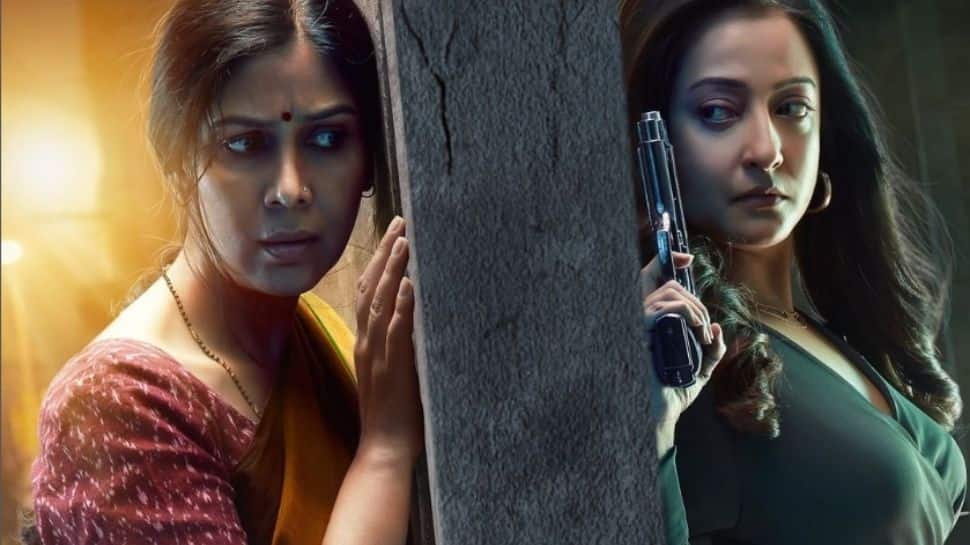 New Delhi: Sakshi Tanwar’s web series ‘Mai‘ has garnered praise from fans for its amazing storyline but more importantly for Sakshi Tanwar‘s stellar performance. Netizens have hailed the actress for her more-than-convincing role and ability to emote such strong emotions.

For the unversed, the series features Sakshi Tanwar as a mother intended to find her daughter’s killer and bring justice to her even when law enforcement fails to help her.

In the show, Sakshi witnesses her daughter’s death in front of her own eyes by a truck. However, the story isn’t as simple as it seems as it is slowly revealed that Sakshi’s daughter’s death may be more complicated than a hit and run case. Sakshi begins to believe that her daughter was murdered and begins to seek justice for her going to all and any extent.

Now that the series has become a fan-favourite, it has also become fodder for desi memes as Twitterati have flooded the social media platform with hilarious memes featuring scenes from the show.

Take a look at the funniest ones here:

Nobody:
Random guy in girl’s DM when she posts something sad pic.twitter.com/luXlGEAqPq

When you talk about night out in desi family
Parents : pic.twitter.com/IPaEgkF3D3

my mom turns into ”mai” when she wakes me up early in the morning and I refuse to wake up pic.twitter.com/nMKnZhmLXA

My mom trying to convince me for things against my choice pic.twitter.com/ZnWA3VhpCj

Netflix India had also joined the trend and shared a few memes related to the show.

The series is produced by Anushka Sharma and Karnesh Sharma’s production house ‘Clean Slate Filmz’ and directed by Atul Mongia and Anshai Lal.

It will release on Netflix on April 15.