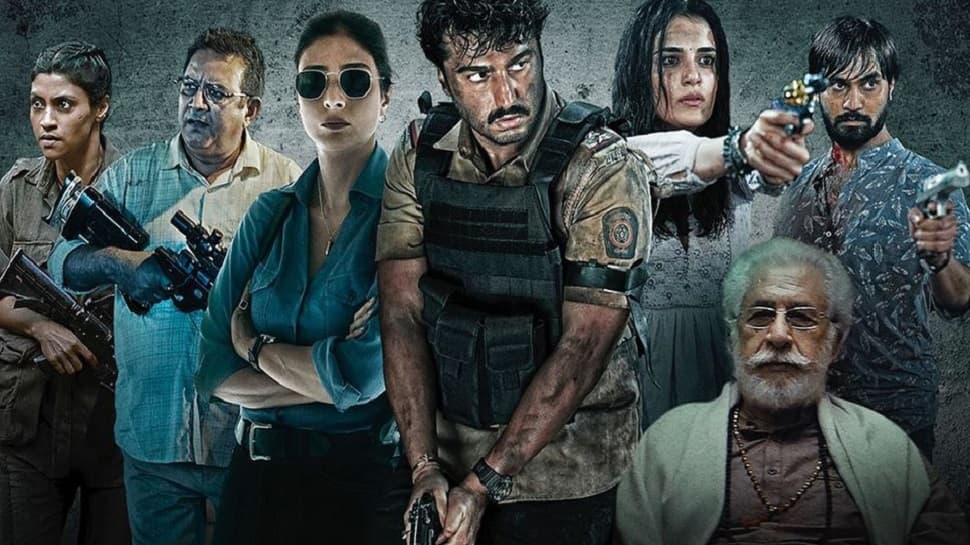 This caper first created a stir when the unveiling of its announcement poster took place last year, with the makers receiving a big thumbs-up response from the audience and film industry alike. Today’s poster unveils the dog disguise of the actors to show their looks and characters from the world of ‘Kuttey’ wherein everybody is a hero or a villain- the audience will get to decide soon enough.

‘Kuttey’ marks Aasmaan’s directorial debut and the freshness of the story and treatment will surely leave its mark. Aasmaan and Vishal Bharadwaj have jointly written it, and one of the reasons the motion poster that was unveiled last week was received well was because of the freshness of the dialogues and looks of the characters.

‘Kuttey’ is produced by Luv Ranjan, Vishal Bhardwaj, Ankur Garg and Rekha Bhardwaj under the banner of Luv Films and Vishal Bhardwaj Films and presented by Gulshan Kumar and Bhushan Kumar’s T-Series. The film’s music has been composed by Vishal Bhardwaj with lyrics penned by Gulzar. ‘Kuttey’ will release in cinemas on 13th January 2023.