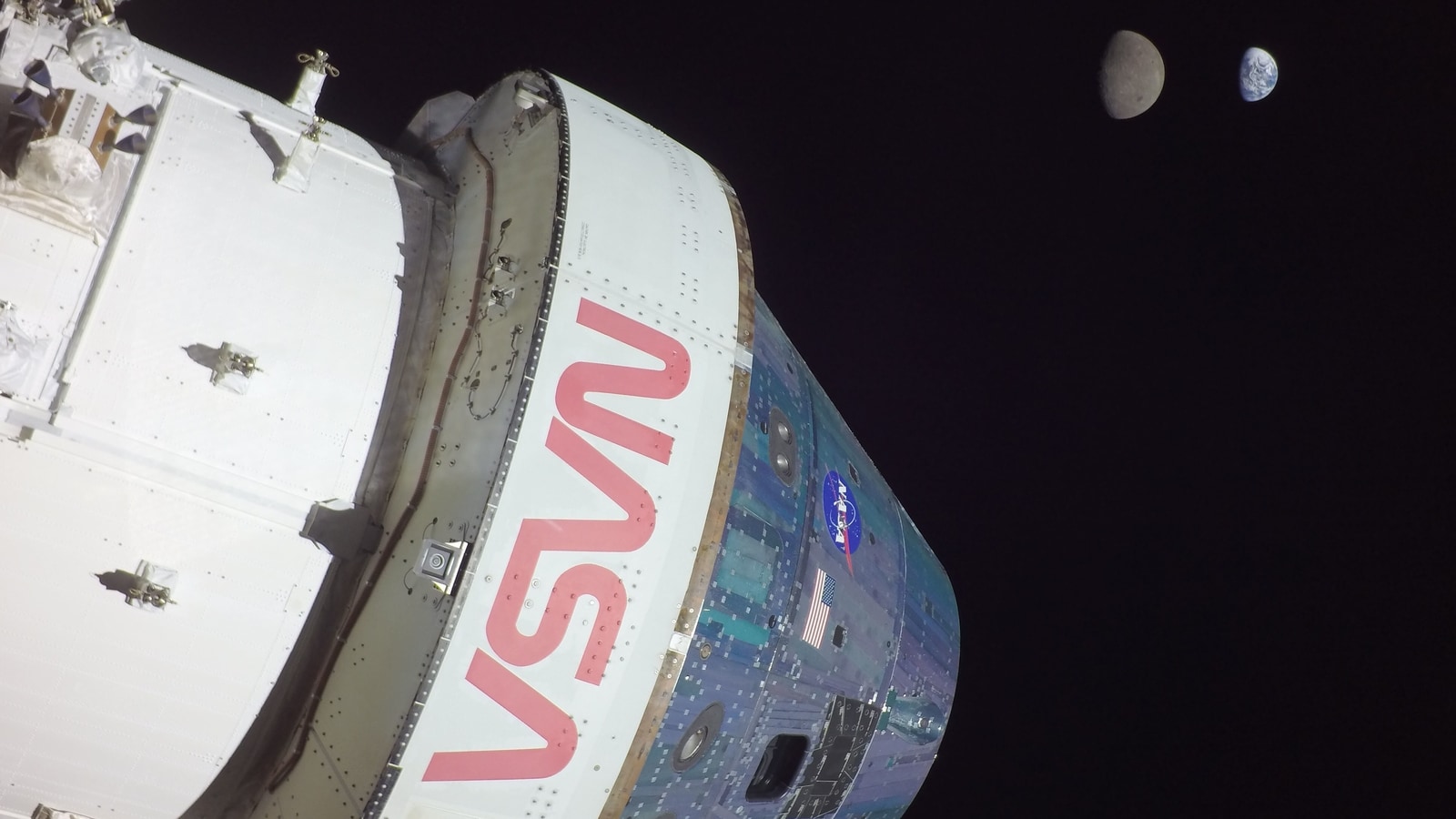 A photograph taken by NASA’s Orion spacecraft has given us a new perspective on our home planet.

A photograph taken by NASA’s Orion spacecraft has given us a new perspective on our home planet.

The snap was taken during the Artemis I mission, which sent an uncrewed vehicle on a journey around the Moon and back in preparation for astronauts’ planned lunar return in 2025.

We get pictures of Earth every day from satellites and the International Space Station. But there’s something different about seeing ourselves from the other side of the Moon.

How does this image compare to other iconic views of Earth from the outside?

In December 1968, three astronauts were orbiting the Moon to test systems in preparation for the Apollo 11 landing. When they saw Earth rise over the lunar horizon, they knew this was something special. The crew scrambled to find colour film in time to capture it.

The book ignited the environmental movement and laid the ground for the reception of Earthrise.

The economist Barbara Ward, author of Spaceship Earth and one of the founders of sustainable development, said: Above all, we are the generation to see through the eyes of the astronauts the astonishing ‘earthrise’ of our small and beautiful planet above the barren horizons of the moon.

Indeed, we in this generation would be some kind of psychological monstrosity if this were not an age of intense, passionate, committed debate and search.

She saw Earthrise as part of the underpinning of a “moral community” that would enable a more equitable distribution of the planet’s wealth.

The last Apollo mission took place in 1972. On their way to the Moon, the astronauts snapped the whole Earth illuminated by the Sun, giving it the appearance of a glass marble. It is one of the most reproduced photographs in history.

Like Earthrise, this image became an emblem of the environmental movement. It showed a planet requiring stewardship at the global scale.

The Blue Marble is often used to illustrate the Gaia hypothesis, developed by James Lovelock and Lynn Margulis in the 1960s and ’70s.

The hypothesis proposes that Earth is a complex self-regulating system which acts to maintain a state of equilibrium.

While the theory is not widely accepted today, it provided a catalyst for a holistic approach to Earth’s environment as a biosphere in delicate balance.

The impression of a single, whole Earth, however, conceals the fact that not all nations or communities are equally responsible for upsetting the balance and creating environmental disequilibrium.

Our farthest view of Earth comes from the Voyager 1 spacecraft in 1990.

At the request of visionary astronomer Carl Sagan, it turned its camera back on Earth for one last time at a distance of 6 billion kilometres.

Rather than focusing on Earth’s environment, invisible from this distance, Sagan made a point about the futility of human hatred, violence and war when seen in the context of the cosmos.

Now, on the cusp of a return to the Moon 50 years after Blue Marble was taken, the Orion image offers us something different.

Scholars have noted the absence of the photographer in Earthrise, Blue Marble and Pale Blue Dot.

This gives the impression of an objective gaze, leaving out the social and political context that enables such a photograph to be taken. Here, we know what is taking the picture – and who.

The NASA logo is right in the centre. It’s a symbol as clear as the US flag planted on the lunar surface by the Apollo 11 mission.

The largest object in the image is a piece of human technology, symbolising mastery over the natural world. The spacecraft is framed as a celestial body with greater visual status than the Moon and Earth in the distance.

The message: geopolitical power is no longer centred on Earth but on the ability to leave it.

Elon Musk sent an identical message in photographs of his red Tesla sportscar, launched into solar orbit in 2018, with Earth as the background.

But there’s a new vision of the environment in the Orion image too. It’s more than the whole Earth: it shows us the entire Earth–Moon system as a single entity, where both have similar weighting.

This expansion of the human sphere of influence represents another shift in cosmic consciousness, where we cease thinking of Earth as isolated and alone. It also expands the sphere of environmental ethics.

As traffic between Earth and the Moon increases, human activities will have impacts on the lunar and cislunar environment. We’re responsible for more than just Earth now.

Our place in the cosmos Images from outside have been powerful commentaries on the state of Earth.

But if a picture were able to bring about a fundamental change in managing Earth’s environment and the life dependent on it, it would have happened by now.

The Orion image does show how a change of perspective can reframe thinking about human relationships with space. It’s about acknowledging that Earth isn’t a sealed spaceship, but is in dynamic interchange with the cosmos.

Dark side of ChatGPT: College students WARNED against using the AI