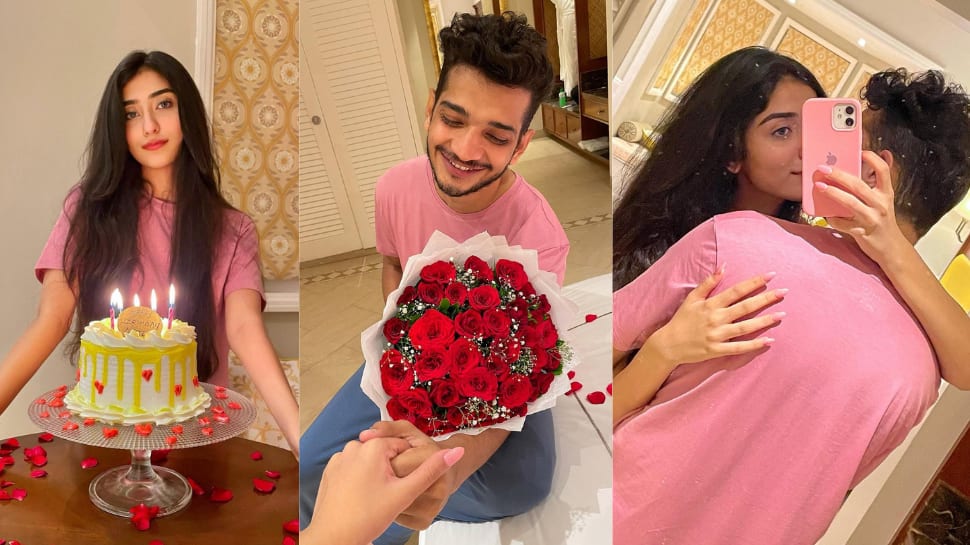 New Delhi: Comedian Munawar Faruqui emerged as the winner of the first season of Kangana Ranaut hosted reality show ‘Lock Up’. While his chemistry was loved with fellow contestant Anjali Arora, the comedian had hinted at being in a relationship in real life. After coming out of the show he had posted a photo on Instagram Story with a mystery girl with Diljit Dosanjh ‘Lover’ being played in the background. We have now found out that it is 20 year old model and YouTuber Nazila Sitashi that Munawar is dating.

Nazila posted photos from her birthday celebration on Tuesday evening. In her photo dump, she can be seen getting a bouquet of red roses from Munawar, who is sitting with a wide smile on his one knee. In another photo, the comedian is hugging her as she takes a selfie with him. Both of them are also colour co-ordinated in baby pink t-shirts.

Munawar’s girlfriend also shared photos of her butterscotch cake and scrumptious meal that included chicken, french fries, a curry, rice, watermelon juice among few other dishes on the table.

She captioned her post, “two celebrations in one”, hinting at her birthday and Munawar’s ‘Lock Upp’ victory celebration. 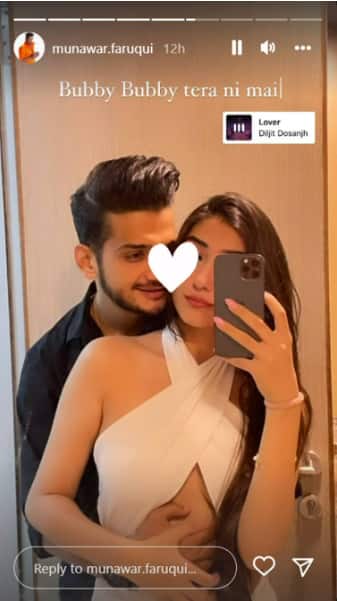 Nazila was raised in Muscat, Oman and later relocated to India. The social media influencer rose to fame through TikTok and Instagram, and started her YouTube channel in 2020. She has uploaded vlogs on travel, fashion and food on her channel. Nazila goes by the social media username Nazilx.

It is not known how Munawar and Nazila met each other. However, the latter would speak affectionately about his girlfriend inside ‘Lock Upp’. He referred to her as ‘Bubby’ and had shared that she stood by him even during the turbulent time when he was arrested on accusations of making fun of Hindu deities in his comical act.