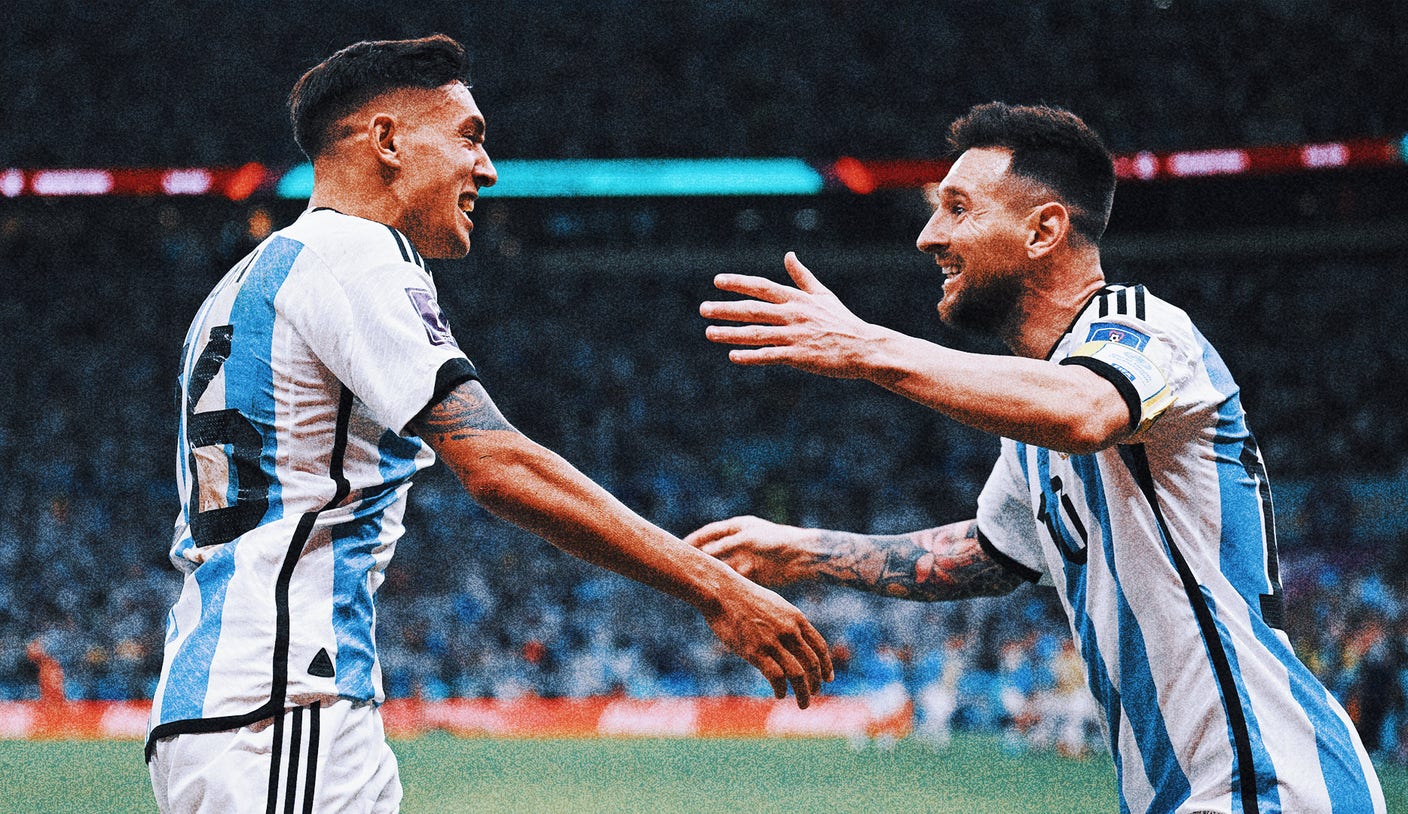 LUSAIL, Qatar – Two more games, Lionel Messi. Sounds so easy, right. Two more games, two more wins, and a large proportion of the soccer-loving global public won’t just be calling you one of the best of this generation, but perhaps the greatest of all-time.

Messi and Argentina survived an absolute nail-biter here on Saturday evening, and yes, survived is the right word for it.

After Messi was masterful, lighting up Lusail Stadium with a pass of utter perfection to provide the first goal and a slotting home a nerve-free penalty for another, the Netherlands came storming back to take it to extra-time and a nerve-shredding penalty shootout.

From the spot, Messi was calm, goalkeeper Emi Martinez was outstanding with two huge saves, and Lautaro Martinez fired in the clincher.

On a night when he would equal Argentina’s international scoring record by matching Gabriel Batistuta on 10, Messi’s first key impact happened on 35 minutes. It came from nothing, and it was a thing of beauty. Messi shimmied once to throw off Nathan Ake and generate some space for himself, just a sliver, but it was enough.

His subsequent pass was laser-guided, to the toes of Nahuel Molina, who poked it past Andries Noppert in the Dutch goal.

Messi has been through the different iterations of this Argentina team as it seeks a first World Cup triumph since Diego Maradona’s 1986 masterpiece. He was a youngster, not old enough to significantly feature, when they lost on penalties in 2006. And at the peak of his powers when losing to Germany in the 2014 final.

Now he is still here and feeding assists to a new generation – this was the first international goal for Molina, whose future looks bright.

Next up is a semifinal against Croatia, the 2018 runner-up and penalty shootout artists, which beat Brazil via that method earlier in the evening. That match will be Tuesday at 2 p.m. ET on FOX and the FOX Sports app.

Messi was the only choice on 73 minutes, when the referee pointed the spot after Denzel Dumfries fouled Marcos Acuna inside the box. His kick, speared inside the post, left Noppert with no chance.

Messi isn’t always in the game, but he’s never far from the opponent’s thoughts. So it proved after 63 minutes when he took the ball in midfield, went on a speedy run before being pushed down by Virgil van Dijk, then curled a whipping free-kick just over the bar.

The Netherlands had been way too strong for the United States six days earlier but was unable to get much going here. Star forward Cody Gakpo was limited in his space and chances and Argentina’s midfield strength served as a protective blanket.

And then, as Van Gaal went all-in on a long ball approach utilizing his team’s height advantage, things turned. First, Weghorst connected with a Steven Berghuis cross and powered in a header, having earlier replaced the ineffective Memphis Depay.

Then, with time just a few ticks from being expired, a beautiful move from a free kick just outside the area leveled the score. Instead of shooting, Berghuis fooled the defense with a low ball to Weghorst, who was too strong and slipped it by Martinez.

There was time for a little more spice. Late on, Leandro Paredes booked for a horrible challenge on Ake, then booted the ball at the Dutch bench, which then cleared to confront him. Remarkably, Paredes stayed on the field.

Messi got a yellow late for time-wasting. He wasn’t the only one, in a feisty encounter there were 13 total yellow cards.

Ultimately, the shootout provided yet more drama in a World Cup filled with it. Martinez’s save from Virgil van Dijk with the first kick set the tone and there was no looking back.

Argentina is moving on. Messi is moving closer to the one that has escaped him. Two more games, for destiny.