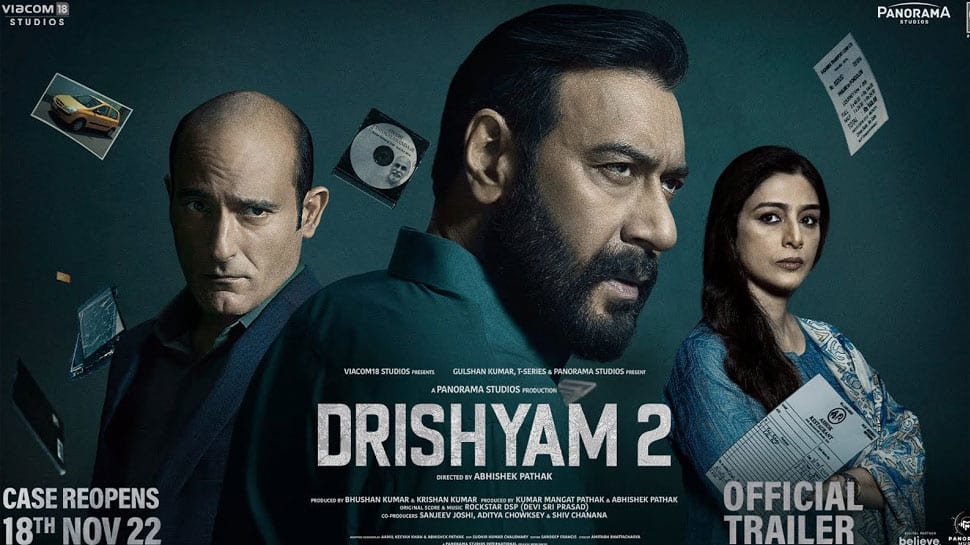 New Delhi: Just when fans throng theatres to watch a family entertainer starring their favourite stars, the piracy bug hits hard. Similarly, superstar Ajay Devgn’s massive release Drishyam 2 Hindi version released in cinema halls today and has been appreciated widely by the audiences and critics alike. But, like other big films, Drishyam 2 also has been leaked online by notorious sites.

According to several reports, Drishyam 2 Hindi Movie has been found on infamous sites including Tamilrockers, Telegram, Movierulz, Filmyzilla and other torrent sites in HD quality. Piracy does impact the business of any movie at the Box Office.

Drishyam 2 has opened in theatres on Friday (November 18, 2022) and has received a warm reception overall. Directed by Abhishek Pathak, the sequel to 2015 film by the same name features Ajay Devgn, Tabu, Shriya Saran and Akshaye Khanna in lead roles with Ishita Dutta, Mrunal Jadhav and Rajat Kapoor in supporting roles.

It is a remake of the 2021 Malayalam film of the same name. The film was certified U/A by the central board of film certification (CBFC) with an approved run-time of 2 hours 33 minutes. Drishyam 2 is opening on 3300 screens and it can go up as well.