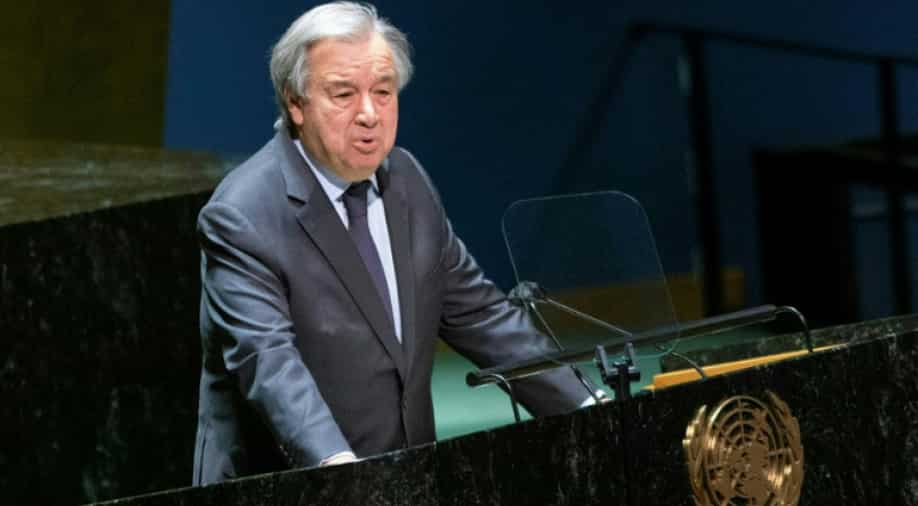 “He will also be received by Russian President Vladimir Putin.”

Guterres had sent letters to both Putin and Ukrainian President Volodymyr Zelensky to meet him and discuss steps to bring about peace following Moscow’s invasion of its neighbour.

“The Secretary-General said, at this time of great peril and consequence, he would like to discuss urgent steps to bring about peace in Ukraine and the future of multilateralism based on the Charter of the United Nations and international law,” said UN spokesman Stephane Dujarric.

Guterres said, “The onslaught and terrible toll on civilians we have seen so far could pale in comparison to the horror that lies ahead. This cannot be allowed to happen.”

He urged Russians and Ukrainians “to silence the guns and forge a path to safety for so many at immediate risk.”

“We are now facing a perfect storm that threatens to devastate the economies of many developing countries,” he said.

“As many as 1.7 billion people, one-third of whom are already living in poverty, are now highly exposed to disruptions in food, energy and finance systems that are triggering increases in poverty and hunger.”

According to Kelly Clements, the UN’s deputy high commissioner for refugees, “no pile of blankets, no sum of cash, no amount of medicine, is going to halt the death and destruction.”

Putin’s special ”military operation” to ”denazify” Ukraine has triggered the world’s worst humanitarian crisis. It is the biggest attack on a European state since 1945.

News Next Desk - October 4, 2022 0
New Delhi: Hrithik Roshan and Saif Ali Khan starrer Vikram Vedha is finally released in the theatres and is garnering a lot of love...
%d bloggers like this: