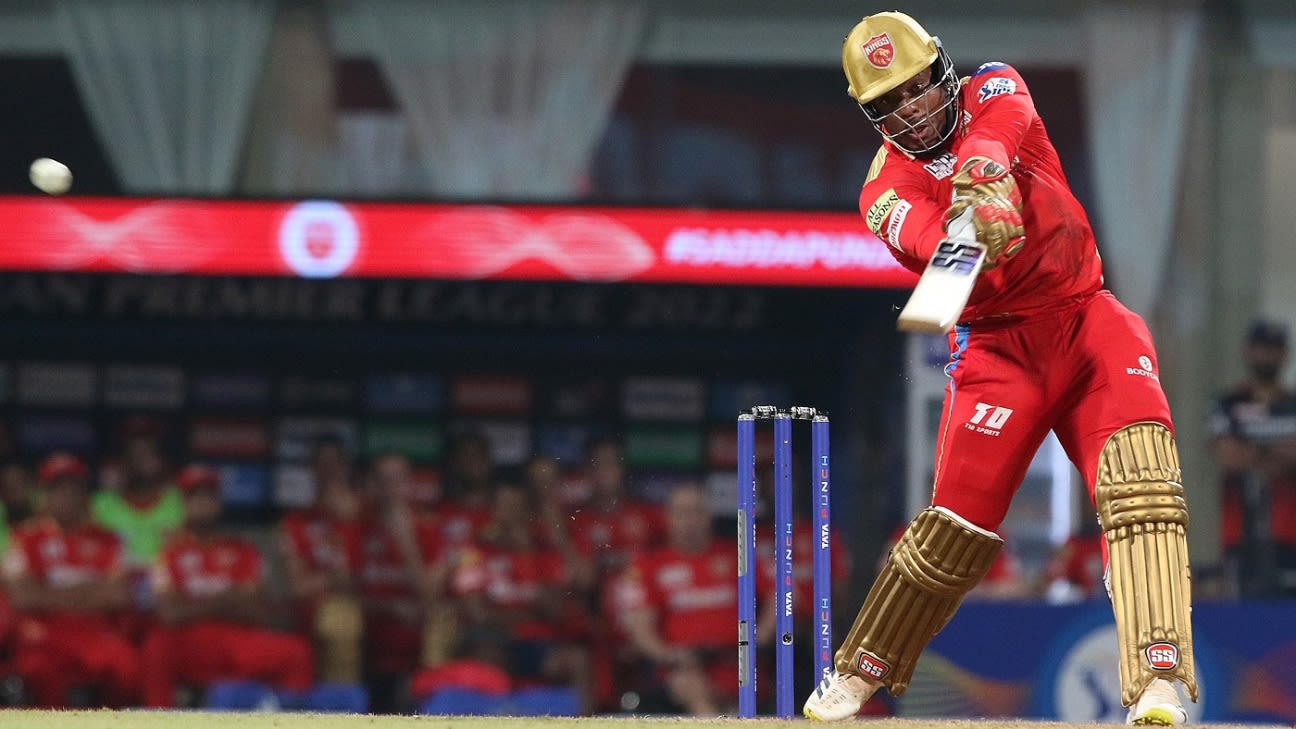 Knight Riders have Russell’s fitness to worry about, while Kings get a boost with Rabada’s availability

A new-look Punjab Kings side, dripping with power and depth, hunted down 206 against Royal Challengers Bangalore to kick off their season in grand style. They now run into Kolkata Knight Riders, who play with similar attacking intent and freedom.
The result didn’t go in Knight Riders’ way on Wednesday, but they stayed true to their playbook, hitting more boundaries than Royal Challengers.
An intriguing subplot to look forward to on Friday is Andre Russell, if he’s fit enough, vs Odean Smith. Russell is still the gold standard of T20 cricket while Smith is the latest big-hitting allrounder from the Caribbean. Smith has modelled his game on Russell and he recently won the T10 league with his idol at Deccan Gladiators in Abu Dhabi. In the last IPL, Smith even worked with Russell as a net bowler at Knight Riders. IPL 2022, however, has pitted them against each other.

After Wednesday’s game, where Russell bowled only three overs, Knight Riders head coach Brendon McCullum said that the allrounder’s shoulder was sore after he dived near the boundary. If Russell doesn’t recover in time, Knight Riders could instead call up Mohammad Nabi or Chamika Karunaratne.

South Africa quick Kagiso Rabada is out of quarantine and trained with the Kings after having participated in the ODI series at home against Bangladesh. Jonny Bairstow, however, is unavailable for Kings’ second game as he is yet to complete quarantine upon arrival from the Caribbean.

Smith missed his lengths at the death on IPL debut, but there is a case for Kings to give him another go during this phase and hold him back for Russell. Smith has bowled 13 balls to Russell in T20 cricket, keeping him to a mere eight runs while getting him out twice in three innings.

Deivarayan Muthu is a sub-editor at ESPNcricinfo