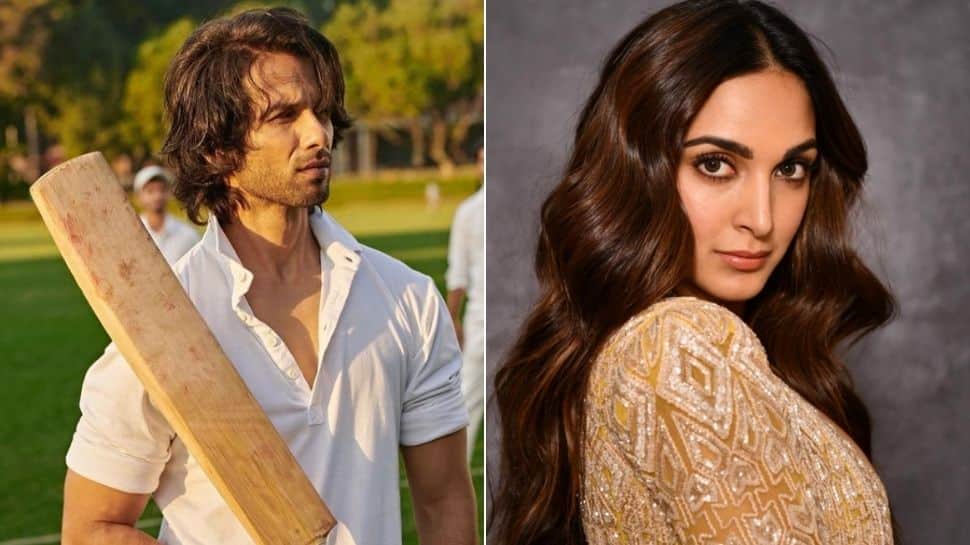 New Delhi: There’s rarely a chance when fans don`t encounter a fun banter between Kiara Advani and Shahid Kapoor whenever the ‘Kabir Singh’ actors write anything about each other on their social media space, and the same happened recently after Kiara praised the latter for his performance in ‘Jersey’.

After much delay, Shahid Kapoor’s much-anticipated sports drama ‘Jersey’ has been finally released in the theatres today.

On Thursday, the makers of the movie organized a star-studded screening, which was attended by some of the leading actors of B’town including Kiara Advani, who shares a great friendship bond with Shahid after starring together in their super hit film ‘Kabir Singh’.

After attending the screening of ‘Jersey’, Kiara took to her Instagram handle to hail Shahid for this performance as Arjun in the film.

“My dearest SK, you are just tooooo special ya, watching you as Arjun has been nothing short of magic, you hit it out of the park and how , as Jersey releases tomorrow my best wishes to the entire team, @amanthegill, the loveliest @mrunalthakur, the finest of them all, @officialpankajkapur sir and the captain of their ship @Gowtamnaidu for this beautiful film,” Kiara wrote. 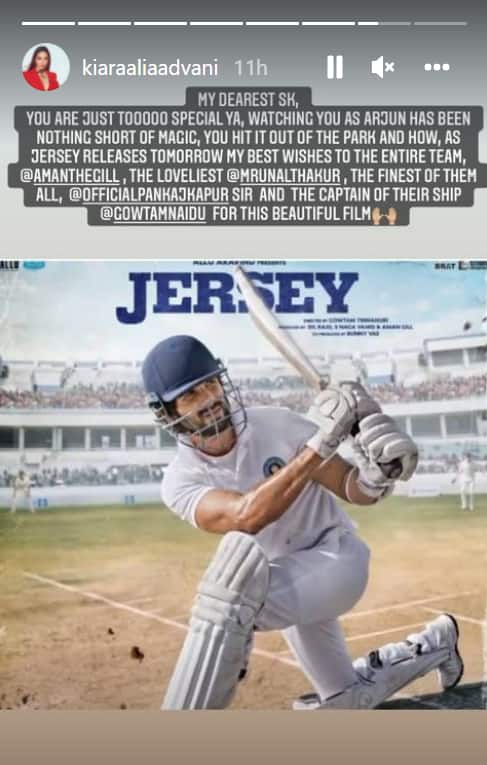 Replying to Kiara for her kind words, Shahid re-shared her post on his Instagram handle and wrote, “My dearest Preeti your words will always stay in Kabirs heart Tu meri bandi hai,” adding a pink heart emoticon. 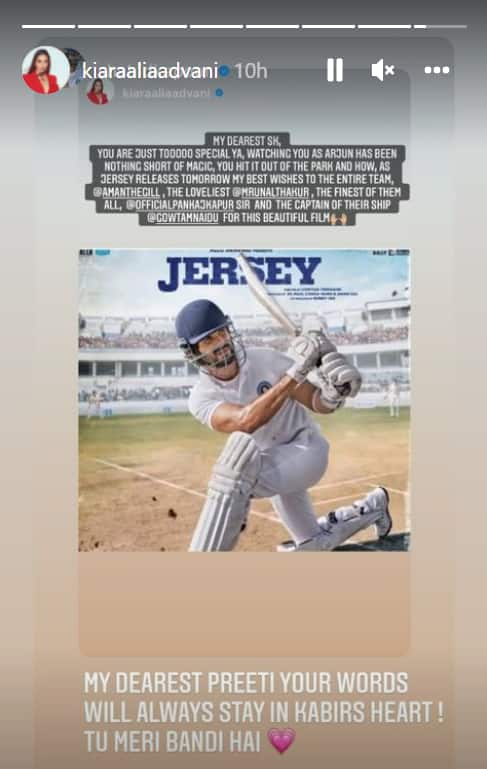 For the unversed, ‘Jersey’, which also stars Mrunal Thakur and Pankaj Kapur is helmed by Gowtam Tinnanuri.

‘Jersey’, a Bollywood remake of the National Award-winning Telugu film of the same name, featuring Nani, will see Shahid play the role of Arjun, a failed cricketer who decides to fulfill his dream of representing Team India for his son.