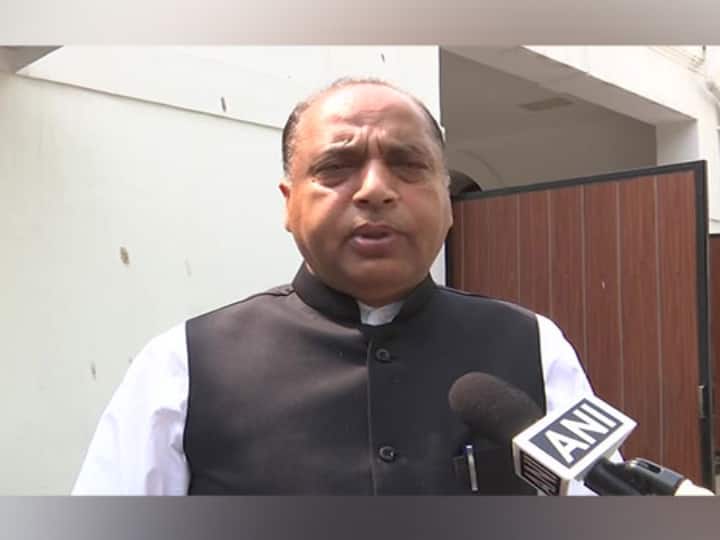 New Delhi: One of the accused involved in putting up the flags on the wall of the state Assembly of Himachal Pradesh has been arrested, informed Himachal Pradesh Chief Minister Jairam Thakur on Wednesday. Sharing details about the Khalistan flag incident for the first time with news agency ANI, Thakur said one of the two accused was arrested on Wednesday morning.

“I would like to say that in the case where Khalistani flags were tied on the Himachal Pradesh Assembly gate, I am sharing for the first time that there were two accused who had come to carry out the whole incident. One of them has been arrested earlier today,” said the chief minister, as reported by ANI.

ALSO READ: Explained: What Is Sedition Law? Know The Status Of Conviction Rate In Sedition Cases

On being asked about a threat of rocket-propelled grenade attack outside Shimla police headquarters – on similar grounds to the one carried out  on Punjab police intelligence headquarters in Mohali – by a banned outfit, the state chief minister said that such incidents are always a “matter of concern”.

Meanwhile, the Himachal Pradesh police has booked Sikhs for Justice (SFJ) leader Gurpatwant Singh Pannun under the anti-terror law UAPA and called him the ‘main accused’ in the case. The DGP has also set up a seven-member Special Investigation Team to expeditiously probe the case involving the raising of pro-Khalistan slogans and pasting of Khalistani banners over the outer walls near the main gate of the Himachal legislative assembly’s Tapovan complex in Dharamshala.

After the incident was reported, the flags were removed from the gates and walls of the state Assembly. Superintendent of Police, Kangra, Khushal Sharma said, “We have removed the Khalistan flags from the Vidhan Sabha gate. It could be an act of some tourists from Punjab.”

The various field formations of the HP Police have been asked to remain on high alert in view of the incidents of Khalistani elements in the neighbouring states including the putting up of a Khalistani banner in the Una district on April 11.

News Next Desk - October 7, 2022 0
In a joint operation, the Narcotics Control Bureau (NCB) and Indian Navy seized an Iranian fishing vessel with around 200 kg of heroin worth...
%d bloggers like this: