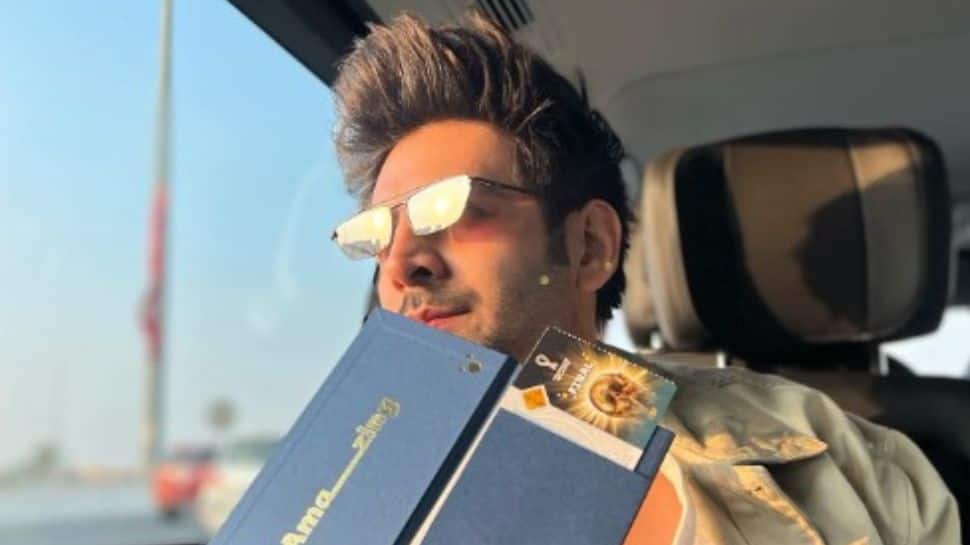 Lusail: Actor Kartik Aaryan is in Qatar for the FIFA World Cup finals and shared the glimpse of summit clash and its vibe. The actor flew down to Qatar on Sunday morning to cheer his favourite team. Taking to Instagram Story, Kartik shared a video of huge trophy statue and the people with flags of their team.

After 63 scintillating football matches over 29 days in Qatar, the FIFA World Cup 2022 is into its grand finale with a mouth-watering Argentina vs France final at the Lusail Stadium in Doha. Argentina’s run at the Qatar World Cup began with an upset loss against Saudi Arabia in the Group C but the La Albiceleste have since recovered splendidly, spearheaded by an inspired Lionel Messi. 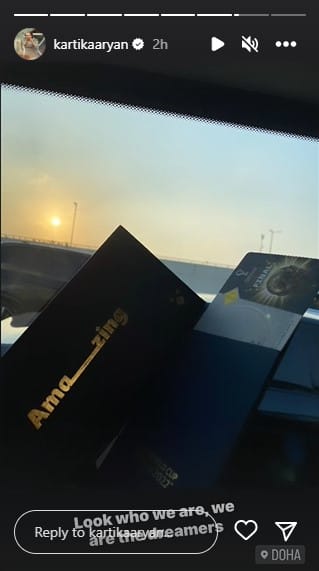 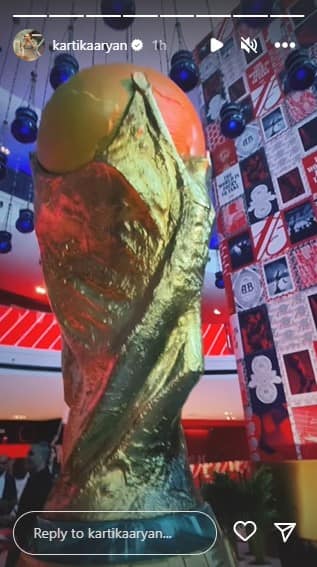 Heading into the final, Lionel Messi has scored five goals and laid down three assists, which makes him the frontrunner for the FIFA World Cup 2022 Golden Boot, just ahead of France`s Kylian Mbappe, who has as many goals but two assists.

Coming back to Kartik, he was recently seen in `Freddy` alongside Alaya F. The actor will also be seen in a family entertainer film `Shehzada` opposite Kriti Sanon and in a musical romantic drama film `Satyaprem Ki Katha` opposite Kiara Advani, which is all set to hit the theatres on June 29, 2023.