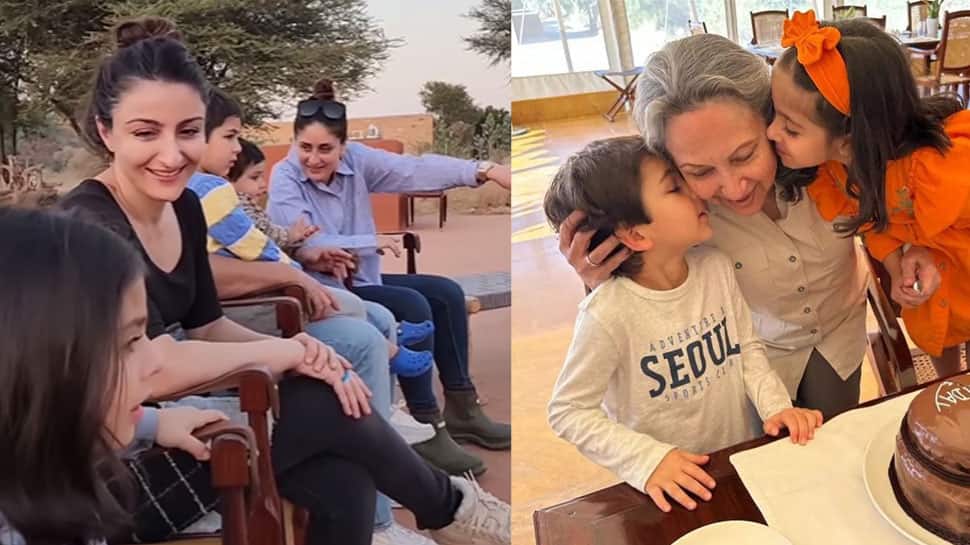 Jaisalmer: Actor Kareena Kapoor Khan is making the most of the winter season by having a fun time with her family in Jaisalmer, Rajasthan. Kareena along with her husband Saif Ali Khan, sons Taimur, Jeh, and sisters-in-law Saba and Soha flew to Rajasthan to ring in her mother-in-law Sharmila Tagore’s 78th birthday. From Kareena to Soha and Saba, the members of the Pataudi family spammed social media with glimpses of the birthday party.

This particular clip has won many hearts.”Awww so cute,” a social media user commented.”Adorable. Jeh is cutie,” another one wrote. Kareena also shared a picture with her son Taimur with the desert in the background. Meanwhile, on the work front, Kareena will be next seen in director Sujoy Ghosh`s thriller which is based on the book `The Devotion Of Suspect X`.

It also stars Vijay Varma and Jaideep Ahlawat. Apart from that, she also has director Hansal Mehta`s next untitled film.