Home Entertainment Kareena Kapoor opens up on Saif Ali Khan ‘having a child every... 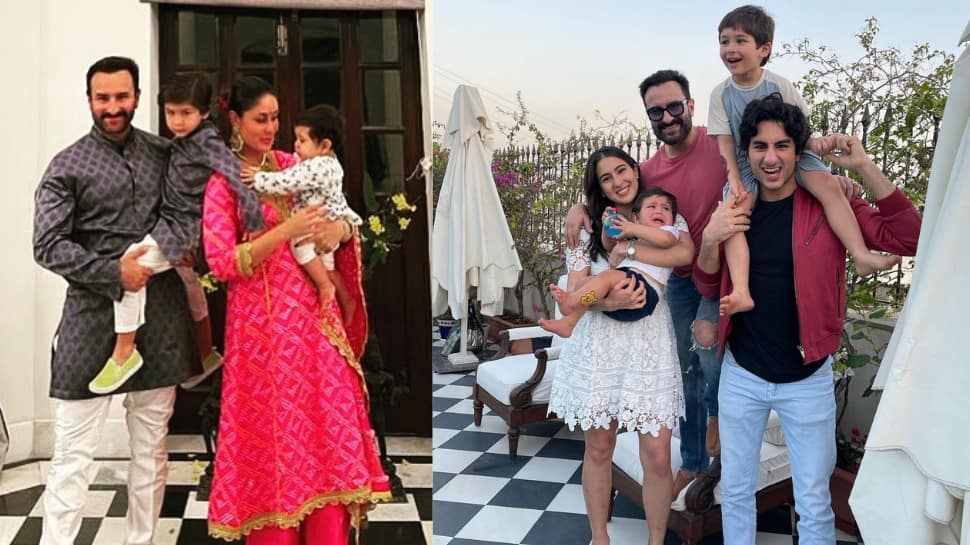 New Delhi: Actress Kareena Kapoor Khan is mommy to two beautiful boys – Taimur Ali Khan and Jehangir Ali Khan. The actress shares them with husband Saif Ali Khan, who is also father to actress Sara Ali Khan and son Ibrahim Ali Khan. Saif has his elder two kids from his first marriage to Amrita Singh. While Sara is 26 years old and made Saif a daddy in his twenties, baby Jehangir is just one years old. Kareena, joked about Saif having ‘baby every decade since his twenties’ and could not stop gushing over her husband.

“Saif has had a child every decade—in his twenties, thirties, forties and now in his fifties. I’ve told him, in your sixties, that’s not happening,” Kareena told Vogue India.

Kareena shared that Saif is a very supportive partner and helps her in looking after their kids and at the same time pursue her career. “I think only a man as broad-minded as Saif could be a father of four children at very different stages. He gives his time to them all. And now, with Jeh, we are trying to balance it out. We’ve made a pact that when he’s shooting for a film, I will try not to work on one at the same time (and vice versa),” she shared.

The actress also said that her elder son Taimur shares a ‘close bond’ with Saif, and that they listen to AC/DC music together. “Tim says, ‘Abba is my best friend,” she told.

Kareena also revealed that she received a lot of criticism and scrutiny during her second pregnancy and was ‘judged’. “This time around I was judged a lot more. ‘She’s carrying a baby in Covid and working, and being lackadaisical.’ They did not see that I was taking all the precautions and trying to make myself feel better. And I don’t think these statements should be made, anyway,” share the actress.