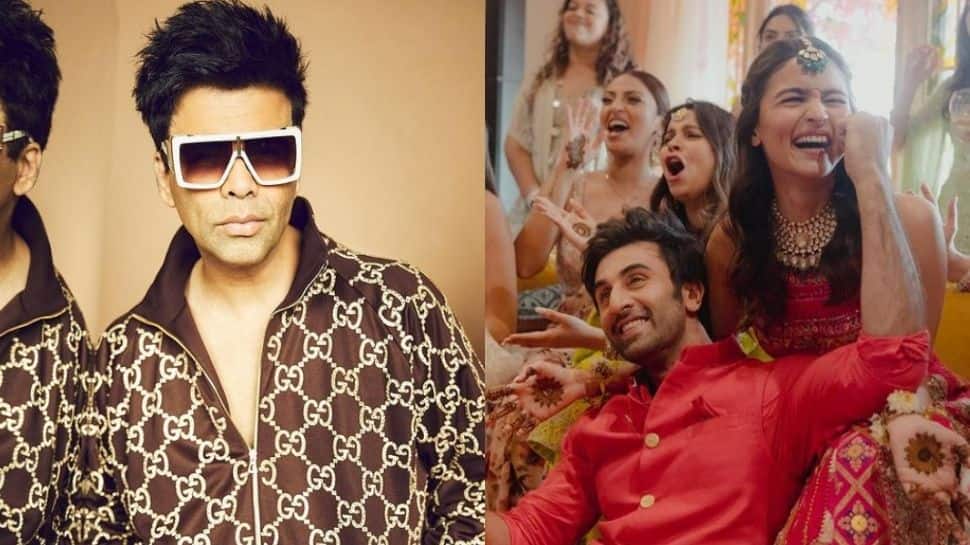 New Delhi: Filmmaker Karan Johar is known for his witty remarks and unfiltered comments and recently he spilled an interesting secret about his WhatsApp groups on Social Media Star with Janice Sequeira. The director revealed that he is part of a WhatsApp group called A-list which includes his friends whose names start with an A.

He said that Ayan Mukerji and Abhishek Varman are also part of the group and none of the messages can be forwarded.

Speaking about the same with Janice Sequeira, he said, “It is a very close-knit group and nothing can be forwarded. Ranbir and Alia tried very hard to get into this group but we rejected them because Ayan said no movie stars. We might have opinions on their movies which we don’t want them to know.”

In the same conversation, Karan also spoke about a supremely embarassing moment he had when was shooting for the song Suraj Hua Maddham in Egypt. He said that he had loose motions at the time and ‘went’ behind a huge limestone statue to ‘relieve’ himself as there was no vanity van or nearby washroom.

To his bad luck, when he turned he saw an army coming his way while he was facing backwards.

He said, “I literally went behind the biggest limestone statue. It was so big, I thought I’ll be covered for life. But then I turned and saw an army coming my way with me facing backwards.”

On the work front, Karan Johar was a judge on the reality TV show ‘Hunnarbaaz’ which recently hosted its finale. He is currently shooting for his film ‘Rocky Aur Rani Ki Prem Kahani’ with Alia Bhatt and Ranveer Singh.