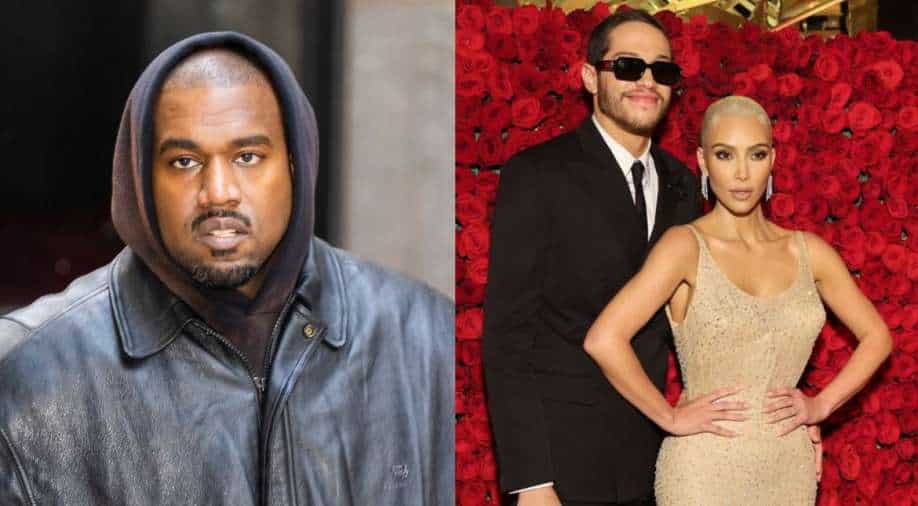 Days after the news of American media personality Kim Kardashian and Pete Davidson’s breakup became public, her ex-husband Kanye West reacted to it. According to E! News, West shared his reaction to the breakup on his Instagram in a since-deleted post. He had shared a fake The New York Times front page with a headline that read, “Skete Davidson Dead at Age 28.”

In it, West also trolled musician Kid Cudi, who, prior to their feud earlier this year, was a close friend and collaborator. The fine print further read, “Kid Cudi meant to play funeral but fearful of bottle throwers.”

This is not the first time that the rapper has slammed Davidson, during the course of his nine-month relationship with Kardashian. Shortly after the duo started dating last November, West voiced his feelings about their romance in numerous deleted posts shared on his Instagram. Some of these jabs were addressed to Kim, while others spoke directly to Pete. Kanye also addressed his displeasure in the form of his music, too.

A month after rapping about “beating Pete Davidson’s ass,” in February, the musician shared several posts about “Skete,” as West referred to him, including a post in which he called Pete a “d–khead,” reported E! News.

Although on February 15, he issued an apology for his posts that “came off as harassing Kim,” days later, West subsequently followed up with more social media statements about the couple. A few of West’s since-deleted posts also accused Kim of “not allowing” him to see their four kids: North, Saint, Chicago, and Psalm.

In total, the hit musician’s statements led to an instance in mid-March when the ‘Good Morning’ rapper’s Instagram account was suspended for 24 hours, for violating policies on hate speech, bullying, and harassment, as per E! News.

‘I was low on confidence, scared when I started shooting Pathaan, I lose

‘I was low on confidence, scared when I started shooting Pathaan, I lose

News Next Desk - January 31, 2023 0
The clock is ticking if you want to take advantage of Samsung’s ongoing promotion for the Galaxy S23 and its forthcoming Galaxy Book, both...

Trey Lance, not Brock Purdy, will be 49ers starting QB next...

News Next Desk - January 31, 2023 0
The long, grueling NFL season is coming to an end with only our final two teams standing before the infamous Super...

Is Patrick Mahomes the greatest quarterback talent ever? | THE HERD

News Next Desk - January 31, 2023 0
New data has revealed that thousands of offshore companies who own properties in the UK haven’t publicly declared their real owners as they are...
%d bloggers like this: