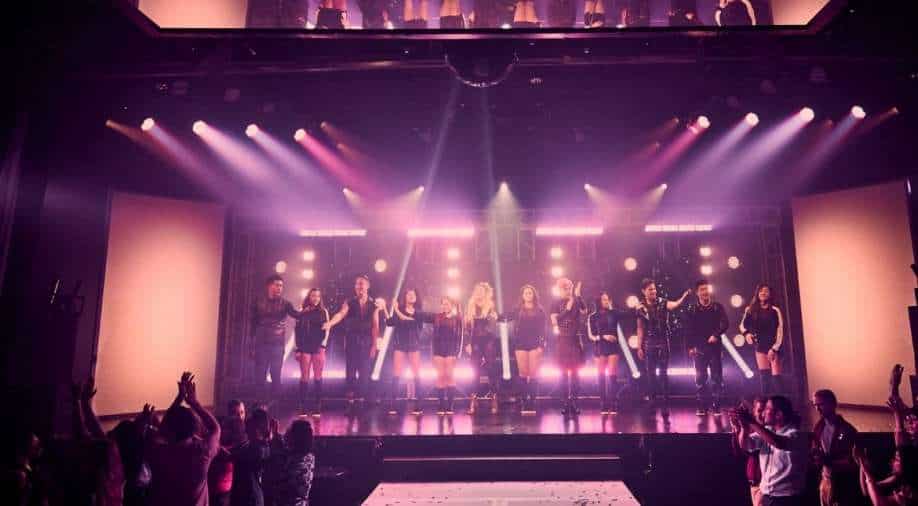 ‘KPOP,’ a high-energy multimedia show about Korean pop stars, will transfer to Broadway this fall.

And at New York’s Korean Cultural Center on Wednesday, it was announced that K-pop star Luna will be making her Broadway debut as the star of the show.

“Anyone who has followed my career knows that musical theater has always been a driving passion of mine,” Luna said at the announcement. “Broadway represents the pinnacle of achievement in my profession, so being able to bring my culture to the fans who flock here from all over the world to see a Broadway show is the honor of my life.”

The musical, conceived by Woodshed Collective and Jason Kim, had an off-Broadway run in 2017 at A.R.T./New York, where it was an immersive performance piece that occupied two floors of a building in Hell’s Kitchen. Kim wrote the book, and music and lyrics are by Helen Park and Max Vernon.

“The world we explore in ‘KPOP’ is cutthroat, relentless in its pursuit of perfection, full of passionate, hugely ambitious artists, and ultimately a source of joy,” Park said Wednesday.

The show’s off-Broadway director, Teddy Bergman, and its choreographer, Jennifer Weber, will return for the Broadway production. Previews are to start Oct. 13 at the Circle in the Square Theater; opening night is set for Nov. 20.

Luna began her career in 2009 as the main vocalist and lead dancer of the K-pop girl group f(x) — one of the first groups to cross over into the United States — and went on to establish herself as a musical theater actress. In 2011, the singer, born Park Sun-young, starred as Elle Woods in the South Korean production of “Legally Blonde.”

Now, she’ll be starring in “KPOP.” The producers say that the Broadway version of the show will tell the story of one singer’s internal struggle, which in turn threatens to dismantle one of the biggest labels in the industry. At the same time, a host of international superstars are risking it all for a one-night-only concert.

“For those of you who already know and love K-pop music, this show is going to remind you why you fell in love with it in the first place,” Luna said. “For those of you yet to discover K-pop, get ready. We are going to blow you away.”

The lead producers of the Broadway production of “KPOP” are Tim Forbes and Joey Parnes. The off-Broadway show, which had a sold-out run, was an Ars Nova production in collaboration with Ma-Yi Theater Company and Woodshed Collective.

The off-Broadway production received mostly positive reviews. In his review for The New York Times, Ben Brantley, said: “The show is best when parody blurs into the already surreal dimensions of what’s being parodied.”