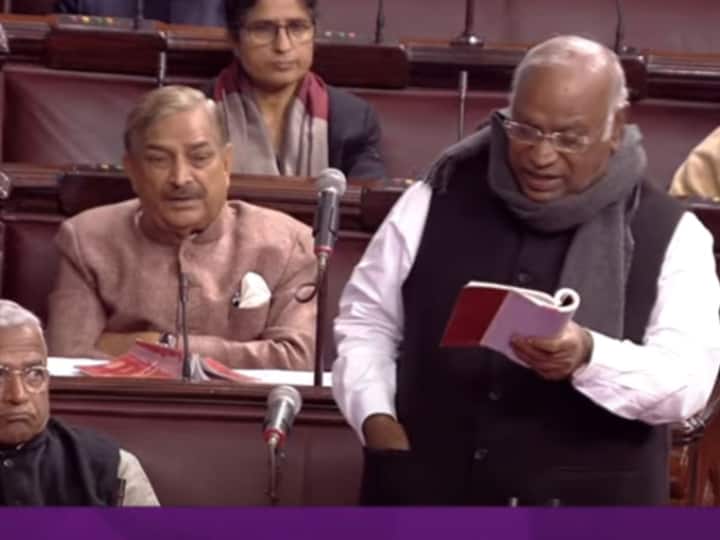 The opposition on Monday jointly staged a walk out from Rajya Sabha after their demand to discuss the border situation along the Chinese side was rejected by the Chair. Several opposition MPs gave Suspension of Business Notices in the upper house to discuss the India-China border issue.

Addressing the house on the same issue, Congress President Mallikarjun Kharge said, “They (China) are encroaching on our land. If we don’t discuss this issue, then what else should we discuss? We are ready for discussion on this issue in the House.”

Joint Opposition stage walk out from Rajya Sabha as their notice to hold a discussion on the India-China border clash was disallowed. https://t.co/rw2KgUun5K

The leaders of the opposition parties have been demanding discussion on the Chinese incursion attempt since after the clash between Indian and Chinese soldiers in the Tawang sector of Arunachal Pradesh.

Earlier on Saturday, the Defence Ministry in its year-end review said that the Indian Army remains prepared for all military contingencies emanating out of the “collusive threat” from the military modernisation and aggressive actions by India’s adversaries.

It also said the Army is primarily focused on maintaining its operational preparedness in sync with India’s desire to ensure stability and dominance along the Line of Actual Control (LAC), and Line of Control (LoC) while constantly monitoring and reviewing emerging threats to national security.

Referring to the situation along the LoC (with Pakistan), it said the situation has been relatively peaceful with both Indian and Pakistani armies observing ceasefire understanding since February last year.

“As compared to 4,645 ceasefire violations during its peak in 2020, only three minor incidents have been recorded since the understanding in February 2021 with only one incident during 2022,” the ministry said.

It said Pakistan continued to retain “proxy war infrastructure” and that the “functionality” of terrorist training camps, presence of terrorists in “launch pads” and continuing infiltration attempts vindicate that country’s “persistent intent”.