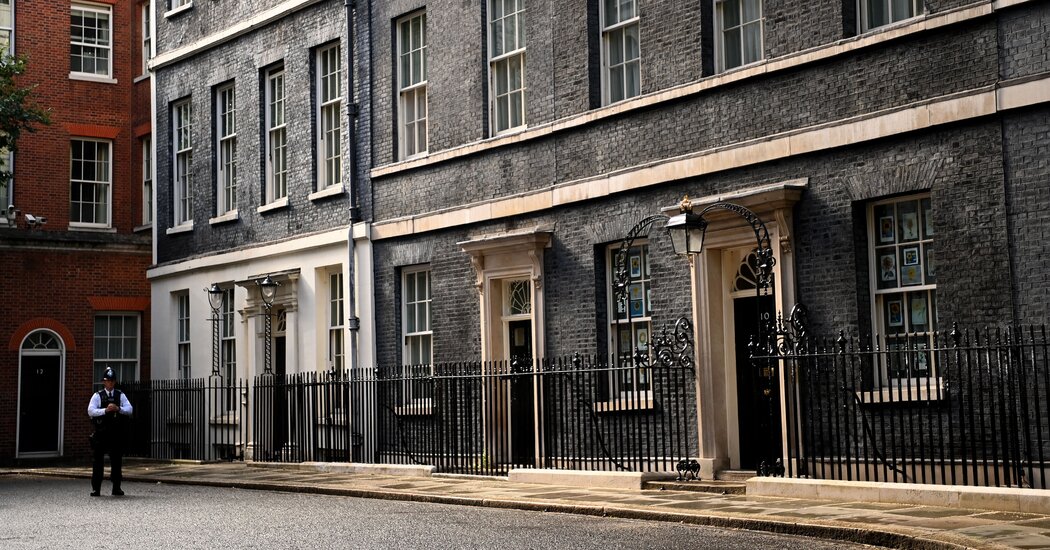 LONDON — Prime Minister Boris Johnson presided over a disorderly workplace in which there were rampant violations of coronavirus restrictions, according to a long-awaited government investigation, released on Wednesday, that became a moment of reckoning for the scandal-scarred British leader.

The report by a senior civil servant, Sue Gray, was studded with accounts of late-night, booze-fueled revelry at Downing Street: Scattered wine bottles, a thumping karaoke machine, a broken swing set, and senior officials who encouraged the socializing even as they privately fretted it could create a public-relations problem at a time when they had put fellow Britons into isolating lockdowns.

But the report did not contain any explosive new disclosures about Mr. Johnson’s behavior. It even credited Downing Street with changing some of its practices to reform an office culture that Ms. Gray had condemned in an earlier, redacted version of her report as bereft of leadership and marinated in alcohol.

For Mr. Johnson, whose political future has been hanging by a thread after months of embarrassing reports about the parties, the report did not look like the fatal blow that many once warned it could be. While he faced renewed calls from the opposition to resign, the ranks of his Conservative Party were relatively muted. Mr. Johnson, analysts said, will live to fight another day.

“I am humbled, and I have learned a lesson,” the prime minister said in Parliament, with a characteristic mix of contrition and defiance.

He rejected claims that he lied to lawmakers by denying that any parties held in Downing Street broke the rules. That is a damaging allegation, as misleading Parliament is normally considered a resigning offense in Britain. And he defended his participation in farewell parties, saying he was merely thanking loyal, hard-working staff members for their service during the pandemic.

In her report, Ms. Gray concluded, “Whatever the initial intent, what took place at many of these gatherings and the way they developed was not in line with Covid guidance at the time.” She said 83 people violated the rules at gatherings, during which some drank heavily, fought with each other and damaged property.

The report included photos of Mr. Johnson raising a glass at a birthday party held in his honor (he was later fined for it by the police). But it shed no light on a potentially more incriminating gathering in his apartment. Witnesses reported hearing Abba music blasting from the windows. Ms. Gray said she suspended her investigation of that because the Metropolitan Police had opened their own probe.

“It was never going to be the hard-hitting independent inquiry that many had hoped for because it was commissioned by the prime minister from an employee,” said Tim Bale, a professor of politics at Queen Mary, University of London. Mr. Johnson, he said, “gave the job to someone who was no patsy, but was still an establishment figure and who decided not to see her role as ending his career.”

Opposition leaders seized on the findings to try to generate fresh outrage against the prime minister. The leader of the Labour Party, Keir Starmer, described them as a “monument to the hubris and arrogance of a government that believed it is one rule for them and another rule for everyone else.”

But Mr. Starmer’s offensive was vitiated somewhat by his own lockdown-related woes. The police in Durham are investigating whether he violated the rules by taking part in an Indian food and beer dinner with members of his party. He reiterated he would resign if the police imposed a fine on him.

The leader of the Scottish National Party in Westminster, Ian Blackford, described the atmosphere in Downing Street as so unruly that the police had to be called in. “At the center was the prime minister orchestrating it, grabbing a glass himself in order to toast the partygoers,” he said.

The release of Ms. Gray’s report was once seen as the climax of a saga that began in November with the initial media reports of parties. As the scandal mushroomed, Conservative lawmakers began submitting letters calling for a no-confidence vote of Mr. Johnson. His allies worried that a raft of damning disclosures in the report could turn that trickle of letters into a torrent.

But events have changed since January in ways that have benefited Mr. Johnson. Russia’s invasion of Ukraine eclipsed talk of rogue socializing in government offices. The prime minister positioned Britain as a stalwart supporter of Ukraine and befriended the country’s president, Volodymyr Zelensky.

On Thursday, the Conservative benches behind Mr. Johnson emptied out quickly, suggesting that few of the lawmakers had the stomach to defend him. But only a single Tory member, Tobias Ellwood, spoke out against Mr. Johnson in Parliament, and his opposition to the prime minister is well established.

The lumbering mechanics of the investigation also helped Mr. Johnson. Just as Ms. Gray was poised to release her report in January, the police announced they would finally open their own investigation of the social gatherings and asked her to scrub names or specific details in what she published.

With the police investigation now complete, Downing Street released the unabridged report, which offers a revealing look at its work-hard, play-hard culture. At one party, held on the eve of the funeral of Prince Philip, the husband of Queen Elizabeth II, staff members drank heavily and damaged a child’s play set in the garden. The last guests left after 4 a.m. Mr. Johnson was away for the weekend.

Turmoil at Downing Street. A steady drip of disclosures about parties that violated lockdown rules has ensnared Prime Minister Boris Johnson of Britain in a scandal that has threatened his hold on power. Here is what to know:

Contentious gatherings. The British news media reported that staff members were invited to a party in the backyard of Mr. Johnson’s residence in May 2020, when officials were instructing people not to socialize to curb the spread of the coronavirus. Subsequently, details about other gatherings involving government officials that violated Covid rules have emerged.

Mr. Johnson holds on to power.. The prime minister faced public outcry over his role in the scandal, but the support from the Conservative Party has allowed him to ride out the storm so far. In local elections in May, Conservatives avoided the type of electoral meltdown that might have posed a threat to Mr. Johnson’s future in power, though they did lose several seats.

After another gathering, a holiday party in 2020, the cleaning crew reported red wine spilled on the floor. At a gathering in June 2020, there were speeches, alcohol, food, and music. At least one person got sick, there was a fight between two others, and the last member of staff did not leave until after 3 a.m.

There were internal debates about the wisdom of holding parties during the pandemic. When Lee Cain, then the director of communications for Mr. Johnson, was invited to a gathering in May 2020, he wrote to colleagues that “a 200-odd person invitation for drinks in the garden of No. 10 is somewhat of a comms risk in the current environment.” According to the report, those concerns were ignored.

Mr. Johnson attended the party for about 30 minutes. Later, his principal private secretary at the time, Martin Reynolds, texted another adviser about the news media saying, “better than them focusing on our drinks (which we seem to have got away with).”

Speaking to reporters on Thursday, Mr. Johnson said he had apologized to custodial staff members, who were mistreated by his aides, according to the report. But he did not directly answer whether he had asked Ms. Gray not to release the final report of her investigation, as was reported by the Times of London. Nor did he offer any details about the party held in his apartment.

If anything, Mr. Johnson seemed even more intent on changing the subject, emphasizing his determination to combat rising food and fuel prices. The government is expected to announce a new package of emergency measures on Thursday.

“Of course, I understand why people are indignant,” Mr. Johnson said in a response to a reporter who cited a poll that showed three of five Britons wanted him to resign. “Given everything that’s going on, it’s my job to get on with it.”