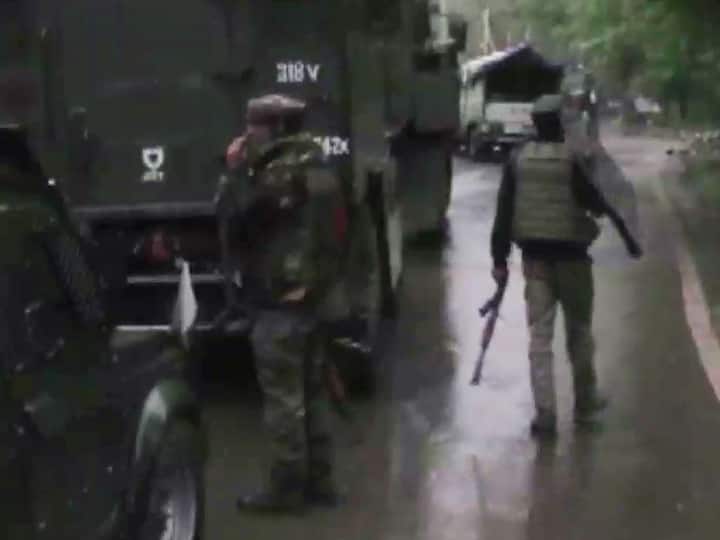 Srinagar: Another militant was killed in an encounter with security forces in Baramulla district of Jammu and Kashmir on Friday, police said, taking the toll to four in the over 24-hour-long operation.

Top Lashkar-e-Taiba (LeT) commander Yousuf Kantroo, one of the longest-surviving militants in the Valley, was gunned down in the operation on Thursday.

“A militant was killed on Friday morning after the exchange of firing resumed,” a police official said.

The total number of militants killed so far in the operation, which began in the early hours of Thursday, has risen to four, he said.

Three militants were killed in the operation in the Malwah area of Baramulla in north Kashmir on Thursday, he added.

In the initial exchange of fire on Thursday, four soldiers and a policeman were injured.

Police said Kantroo was involved in the killings of several security personnel as well as civilians and was among the top 10 most-wanted militants in the Kashmir Valley.

Kantroo started out as an overground worker (OGW) of Hizbul Mujahideen (HM) terror outfit and was arrested in 2005. He was released in 2008 and again joined the terrorist ranks in 2017 and started killing innocent civilians, policemen and political workers. Later on, he switched from HM to LeT, the police said.

Kantroo was involved in dozens of civilian atrocities and killings of security personnel. He was involved in the killings of Special Police Officer Mohammad Ishfaq Dar and his brother Umer Ahmad Dar in March, BDC chairman Sardar Bhupinder Singh in September 2020 at Khag, and CRPF personnel Riyaz Ahmad Rather, a resident of Nawgam Anantnag at Kanihama, in December 2017.

He was also involved in the killings of several political workers, grenade throwing incidents, and abduction and killing of police and Army personnel.

Inspector General of Police, Kashmir, Vijay Kumar congratulated the forces for conducting a successful anti-terrorist operation and eliminating the top most-wanted militant in the Valley.

He described Kantroo’s killing as a major success.

The identity of the other three slain militants is being ascertained, the official said.

News Next Desk - September 29, 2022 0
New Delhi: Hours after a gas leak incident in Odisha, around 50 people in an Aligarh meat factory fell ill from an ammonia gas...
%d bloggers like this: